Many runners cite the feel-good effects of running as the main reason they lace up their shoes on a regular basis, and for decades, scientists have tried to determine exactly how exercise produces this flood of positive emotions. Since the 1980s, researchers have pointed to endorphins as the main cause, but in recent years the scientific community has begun to doubt their role in the mood-boosting effects of running. A new study has confirmed that endorphins have little to do with the runner’s high, and instead, endocannabinoids are the real culprit. 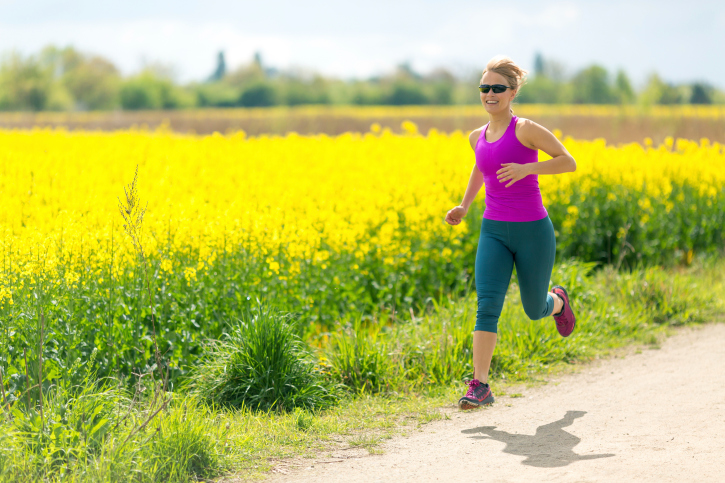 If the word endocannabinoid makes you instantly think of cannabis, you’re on the right track. The prefix endo- is short for endogenous, which means the molecules are made by your body. These are similar to cannabinoids (the chemicals responsible for the calming high you get from marijuana), only these ones are produced naturally by your cells. Studies have shown that endocannabinoids help regulate your sleep, mood, appetite, memory and even reproduction and fertility.

In 2012, University of Southern California anthropologist David Raichlin investigated the relationship between endocannabinoids and running, and found that when participants ran at a moderate intensity for 30 minutes, their endocannabinoid levels tripled and they reported feeling really good afterward. He had already suspected that endorphins had less to do with the runner’s high than we originally thought, and these results seemed to back up his hypothesis.

This new study, published this month in the Journal of Psychoneuroendocrinology, has seemingly laid the endorphins versus endocannabinoids argument to rest. The study not only confirmed Raichlin’s earlier work, showing that running stimulates the endocannabinoid system, but it also showed that exercise-induced euphoria occurs even when runners’ bodies’ ability to react to endorphins is blocked. In more straightforward terms, this means runners can experience the mood-boosting effects of running without endorphins, proving that there must be some other reason we get happy after a run. At this point, endocannabinoids seem like a much more likely reason.

The reason for this is that, while endorphins are released into your bloodstream when you exercise, they’re too large to cross the blood-brain barrier, so they can’t have a positive effect on your mood. Endocannabinoids, on the other hand, are much smaller, so they can cross this barrier and attach to specific receptors on your brain. More research is needed on the endocannabinoid system and the role it plays in our bodies, but for now it seems like a run might be a good alternative to lighting up a blunt when you need to de-stress.