If there was ever a group of individuals who shouldn’t take carbohydrates too lightly it would be runners. You see, carbohydrates should be considered the petrol of your body, without them your muscles will sputter to a stop. Simply put, you need carbs to run hard, run long and recover well. But we understand that your enthusiasm for the ubiquitous usual suspects like cereal, bread and pasta may have waned long ago. That’s why the fall training season is the perfect time to expand your gastronomic horizons and branch out into new carbohydrate territory. And there is no better place to start your journey to carb euphoria than with this trio of carbohydrate-rich edibles that can help you soar, not to mention stoke your appetite. 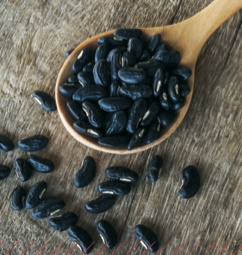 Named after the beluga caviar they resemble, this exceptional lentil has a jet black skin and is mercifully less earthy tasting than more common green lentils. Like their other legume counterparts, black lentils provide a nutrition windfall with impressive amounts of complex carbohydrates, fibre, vitamins, minerals and protein – about 12 grams in a mere quarter cup serving. Studies also show that black lentils are a source of the same disease-thwarting anthoycanin antioxidants as those found in dark fruits like blueberries. Another advantage is their cooking time – only 20 minutes in a pot of simmering water until they are slightly tender. Not so rare anymore, you can locate black lentils at many natural food stores.

SNEAK MORE IN: Since they hold their shape when cooked, beluga lentils are a stellar addition to salads and soups. 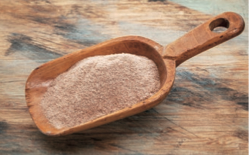 It’s time for some teff love. Teff is one of the world’s smallest grains and has a long history in Ethiopia, where it’s been a dietary staple for generations and used to make their famous flatbread injera. Proving that great things come in small packages, teff is brimming with energizing carbohydrates and a range of minerals, including more iron than other grains. Iron is part of the machinery that helps deliver oxygen throughout the body including to muscle and brain cells so it’s a must-have mineral to keep up the pace and prevent brain fog.

SNEAK MORE IN: Teff has a malty flavor and expunges its starch during cooking so it can be made into a nutritious pudding or breakfast porridge similar in consistency to cream of wheat, or use it in place of cornmeal for a riff on polenta.

MAKE THIS: Bring 2 cups water and 1⁄2 cup teff to a boil in a saucepan. Reduce heat and simmer until water has absorbed, stirring occa- sionally, about 15 minutes. Let teff cool and then purée with 1 ripe banana, 1/3 cup coconut milk, 3 tablespoons maple syrup, 3 table- spoons cocoa powder, 2 teaspoons vanilla extract, 1⁄4 teaspoon ground cloves and a pinch of salt in a blender or food processor. Chill pudding for 2 hours before serving. 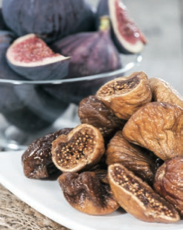 While good quality fresh figs at reason- able prices can be hard to come by in many parts of Canada, many bulk and health food stores carry delicious dried mission figs. A half-cup serving of this parched fruit delivers an impressive seven grams of dietary fibre making them a great snack for promoting satiety. You’ll also get a healthy amount of the bone-building duo vitamin K and, surprise, calcium.

SNEAK MORE IN: Dried figs can be enjoyed as an out-of-hand snack or chop them and add to oatmeal, baked goods, yogurt or homemade energy bars.