When it comes to cardiovascular fitness, running is king. It strengthens your heart and lungs, increases the number of capillaries and red blood cells in your body and improves your muscles’ ability to use oxygen. But what happens when you throw air pollution into the mix? Is running still good for you? All runners should be aware of how air quality affects their health and do what they can to lessen the impact of pollution as much as possible. 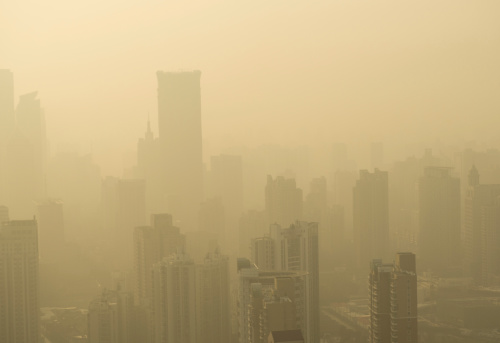 How does air pollution affect runners?

A recent study published in the European Heart Journal found there is a sliding scale when it comes to pollution, exercise and risk of cardiovascular diseases (CVD). The researchers determined that individuals living in areas with low to moderate levels of air pollution who reduced their physical activity levels increased their risk for CVD. This demonstrates that in these areas, the benefits of exercising outweigh the potential dangers of breathing in low-to-moderate amounts of air pollution. On the other hand, individuals living in areas with high levels of air pollution who increase their levels of physical activity may adversely affect their cardiovascular health.

The intensity of your exercise will also change how air pollution affects your cardiovascular system. Low-intensity exercise like walking, for example, is less risky than high-intensity exercise like running. This is because when you run, you inhale 10 to 20 times more air than when you’re at rest, and because you’re inhaling deeper, you bring these particles further into your lungs. This means that runners need to be particularly mindful about when and where they run in order to lessen their exposure to harmful pollutants in the air.

Is summer worse than winter for air pollution?

It may seem like summer is worse because of the sometimes stifling heat, but both cold and hot weather can affect air quality. According to the Center for Science Education, this is because air temperature affects air movement, and thus the movement of air pollution. In the cold weather, particulate matter and carbon monoxide pollutants increase because of things like wood-burning and idling cars to defrost them or keep them warm. In the winter, these pollutants can get trapped near the ground when a layer of warm air forms above them, acting like a lid.

In hot weather, ground-level ozone is made more efficiently, and stagnant air during heat waves can increase the amount of ozone and particulate pollution. Drought conditions in some areas can also increase the risk for forest fires, which degrade the quality of the air even further. 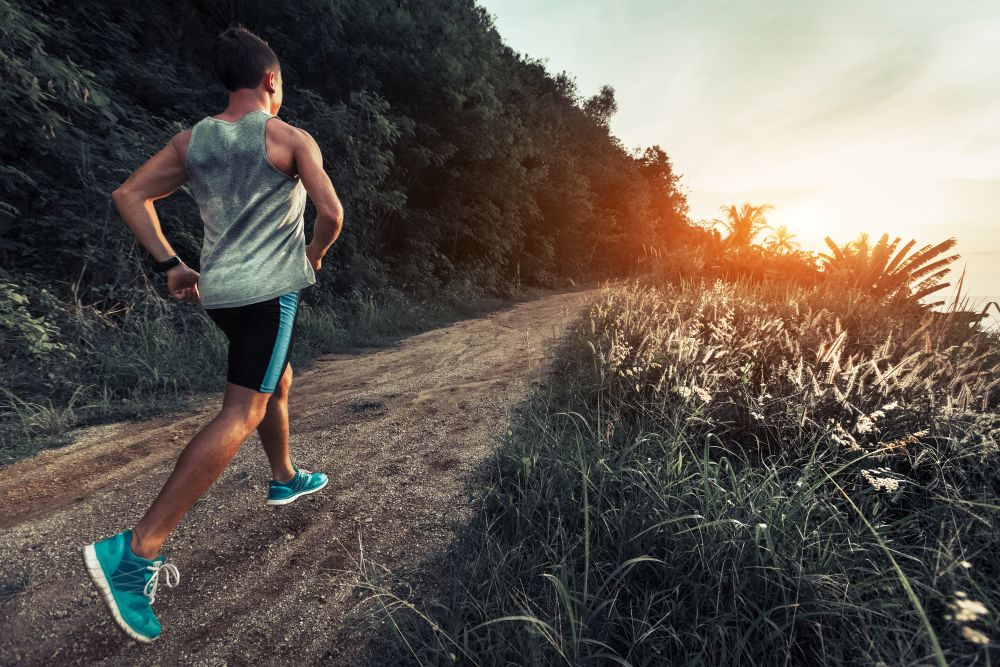 How can you avoid air pollution on your next run?

This doesn’t mean that you have to stop running outside. Use these tips to avoid running when air pollution is at its highest:

Check your local conditions. Most major weather stations will include air quality measures and warnings with their usual forecast, so pay attention to them and avoid running outside when the air quality is really bad.

Avoid rush hour. Air pollution is higher during rush hour when more vehicles are on the road. If you can, try running early in the morning or later in the evening to avoid high-traffic times of day, especially if you live in busier, urban areas.

Choose your route carefully. Avoid running in industrial areas where air pollutants are likely to be higher, as well as in the middle of a busy city or within about 300 metres of a major highway or large intersection where cars are more likely to be idling. Park paths and wooded trails are usually your best bet for low-pollution running.

Run in the rain. Rain can help to mitigate air pollution, so getting out when there’s a light drizzle is also a great idea. Yes, you’ll get wet, but your lungs will be much happier. Just make sure you don’t go out in unsafe conditions, such as during a thunderstorm or when there are extremely high winds.

RELATED: Does cardiovascular fitness lower your risk for COVID symptoms?