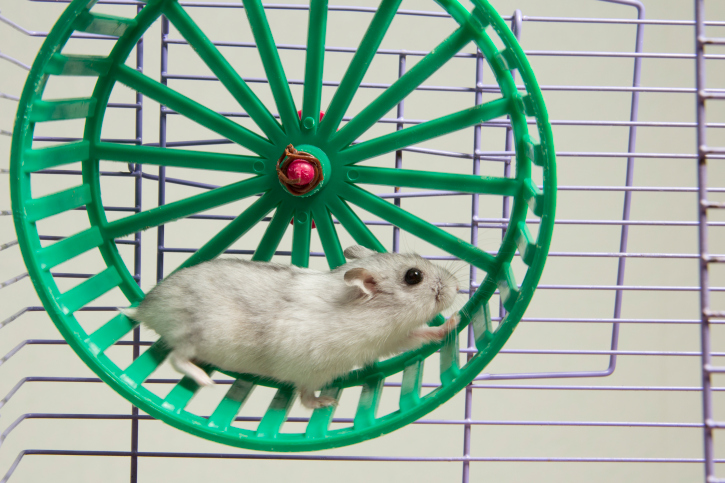 Running and aerobic exercise have many health benefits but one that isn’t as well understood is that it may even slow the growth of tumors in cancer patients.

Recent research, published last week, showed mice that were allowed to run on wheels – something mice will do naturally if given the opportunity – had tumors implanted in themselves grow much slower than those that did not run on wheels.

Researchers at the Duke University School of Medicine performed two different tests on mice. First, they implanted group of mice cancer cells while took hold and began to grown. The mice were divided into two groups. Some were allowed to exercise on their wheels and the others weren’t. The tumors were found to have grown in all the mice, though at a much slower rate in those which had exercised.

The finding is somewhat paradoxical. Oxygen is essential to living organisms, tumors included. Aerobic exercise increases blood flow and you would think it might actually promote tumor growth, but it seemed to slow growth.

“We set about to see whether exercise would affect the tumor perfusion, and could not have guessed that it would be as effective as it was,” said Mark Dewhirst, co-author on the study, in a release.

Dewhirst noted that he and his partner were surprised by their findings and will be further exploring the area of research.

The tests seem to suggest that it was the running on wheels which contributed to the slower tumor growth in the mice, but it’s important to remember that these tests are preliminary and were only done on mice, not humans. Still the idea that aerobic exercise may be helpful in slowing the growth of tumors is exciting