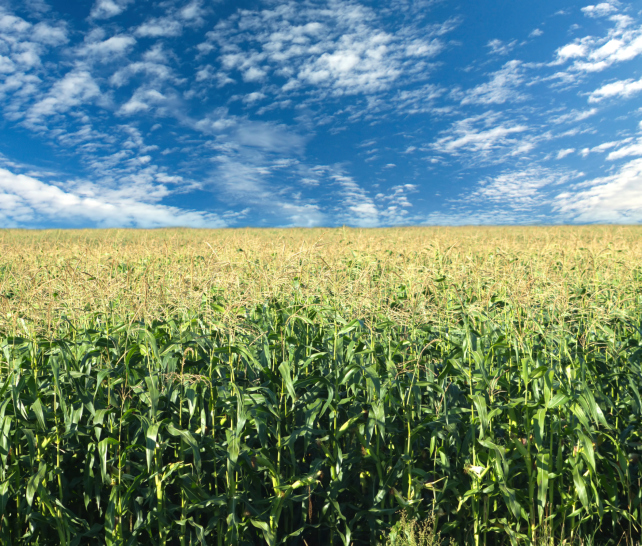 Corn is a vegetable that we hear about a lot. Corn crops up in the food versus fuel debate. Corn is also a crop that is often referenced in arguments for and against genetically modifying food.

Despite what you may have heard, you shouldn’t be avoiding the corn on the cob at this summer’s cookout. Most people do not realize that there is a difference between field corn and sweet corn. The former is the corn that is harvested later and turned into products such as oil and high fructose corn syrup. Field corn is often genetically modified. Sweet corn, however, which is the corn we enjoy eating in the summer months, is usually not genetically modified. If you’re still concerned, buy organic corn to guarantee there has been no GMO activity.

Another myth that revolves around corn is that it’s high in sugar. This is a bit of a strange fear, as corn has approximately the same amount of calories and is lower in sugar than a banana. Most nutritionists would likely agree that the main problem with corn isn’t the corn itself, but the tendency to drench corn on the cob in butter and salt.

Here are some healthy corn recipes to get you in the summertime mood. 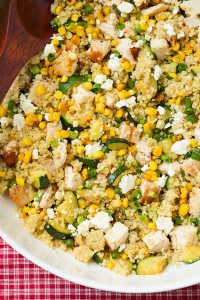 With seasonal zucchini and corn with lemon juice for some zing, this summer dish has everything you need. For a vegetarian main, omit the grilled chicken.

Ready in only 20 minutes, this is a tasty summer offering. This recipe can be eaten on its own as a salad, served in tacos, or thrown on top of grilled fish. 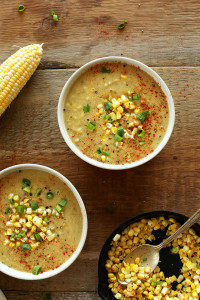 Made with almond milk, this soup is vegan, but still creamy. The cheesy flavour is provided by nutritional yeast. 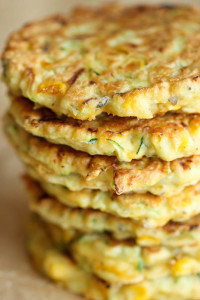 These savoury flapjacks are a unique take on the traditional breakfast. If you’re really into it, we recommend some mashed avocado on top.

This salad shines as a main or a side. A much healthier take on regular potato salad that is sure to impress. 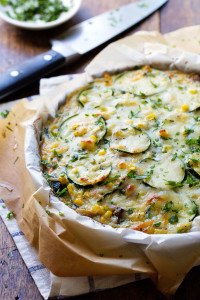 This recipe author made over a zucchini pie of her mother’s, removing the crust to make it healthier. With cheese, zucchini and corn, this savoury pie is perfect for a meatless Monday meal.

Who says that fruits and veggies can’t star in the same dish? This is the perfect side salad for a summer barbecue. 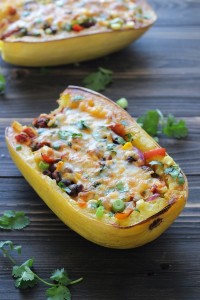 An edible bowl is about as innovative as it gets. Spaghetti squash is also one of our favourite pasta alternatives, so this recipe gets extra bonus points for that.

This recipe is colourful, nutrient packed and low calorie.

Just ten minutes leaves you with this healthy and yummy side dish.