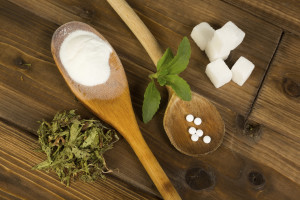 If you’ve ever said, “Oh, I got my sweet tooth from my mom/dad,” you may not have been that far off. A recent study has indicated that perception of sweetness may be a genetically inherited trait.

The study, published in Twin Research and Human Genetics looked at 1,901 children and young adults between the ages of 12 and 26. That included 243 sets of identical twins, 452 sets of fraternal twins and 511 sets of unpaired individuals.

Four sweeteners were provided for participants to sample and rate the intensity of sweetness, including glucose, fructose, aspartame and neohesperidine dihydrochalcone (NHDC). Glucose and fructose provide calories, while aspartame and NHDC are artificial and non-caloric.

The researchers discovered that a common genetic factor appeared to be responsible for 75 per cent of the genetic variance with the four different types of sweeteners. What this indicates is that perceived intensity of sweetness is connected to a specific set of genes. Those who are born with a weak perception of sweetness are more likely to add more sugar to food in order to reach the same level of perceived sweetness as others. 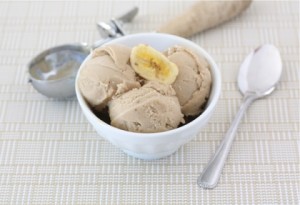 Whether your genes leave you craving sugar or not, runners are wise to try and limit their consumption of added sugar to less than ten per cent of their total daily calories.

If you’re daydreaming about an ice cream sundae at the end of your long run, don’t deny your satisfaction of a treat, but perhaps try to indulge in something with a little bit less of the added white stuff. We’ve got a wicked list of banana ice cream recipes that would do the trick.