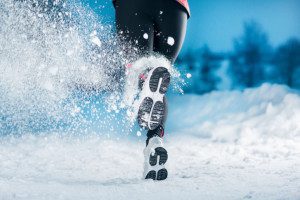 It is officially winter, which means colder temperatures and therefore chillier workouts. If you’re looking to prevent the dreaded winter weight gain, you may want to work to keep yourself warm—according to a new study form the Univerisites of Aberdeen and Birmingham in the United Kingdom, exercising in cold temperatures may have the ability to undermine one’s dieting willpower.

Scientists have long known that exercising in cold water, such as swimming laps in a chilly pool, tends to increase an athlete’s appetite post-workout more than a similar amount of exercise on land. British researchers questioned whether it was not the actual positions involved in swimming that left athlete’s hungrier, but the temperature itself. The researchers analyzed participants while walking on a treadmill with the thermostat at different temperatures—either at a pleasant 68 degrees, or a much cooler 46 degrees. 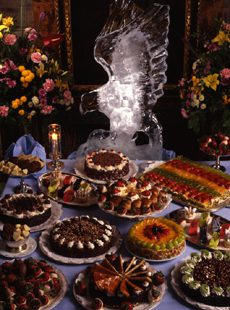 Scientists tracked the participants temperatures and energy output. After the sessions, their blood was tested for appetite hormones. Finally, 45 minutes afterwards, the participants were directed to a buffet.

They had not been told that their portions and selected food would be noted by the researchers. Almost all the walkers consumed more calories (particularly carbohydrates) after the cold workout than after walking in the moderate room.

Walking in the cold room left participants with higher levels of the hormone ghrelin in their blood. Ghrelin is known to activate hunger. Those who exercised in the temperate room had little change in their ghrelin levels after each session.

The study showed that exercising in the cold doesn’t burn more calories, which goes against traditional thinking that chilled workouts require more calories due to the body’s increased need to heat itself. When one exercises in the cold however, the body does not need to pump blood to the surface of the skin to release heat like it does in warmer temperatures.

Since the study focused on sedentary and overweight individuals, researchers say that they do not know if the same cold workout phenomenon would be experienced in younger, leaner athletes.