SusPro Foods makes vegan energy bars that are ideal for the runner on the go. The name, SusPro, is short for sustainable protein and the brand wants to bring runners everything they need post-workout in one convenient snack.

The bars come in a variety of flavours like apple pie cinnamon, mint chocolate, dark chocolate sea salt and pineapple, and promise over 9 grams of protein and less than four grams of sugar–an impressive feat for any protein bar. Also, the plant-based bars are suitable for people with diet restrictions as they are gluten free, dairy free, soy free, peanut free, and tree nut free.

RELATED: The Shakeout Podcast: Phil Parrot-Migas on being a vegan elite runner 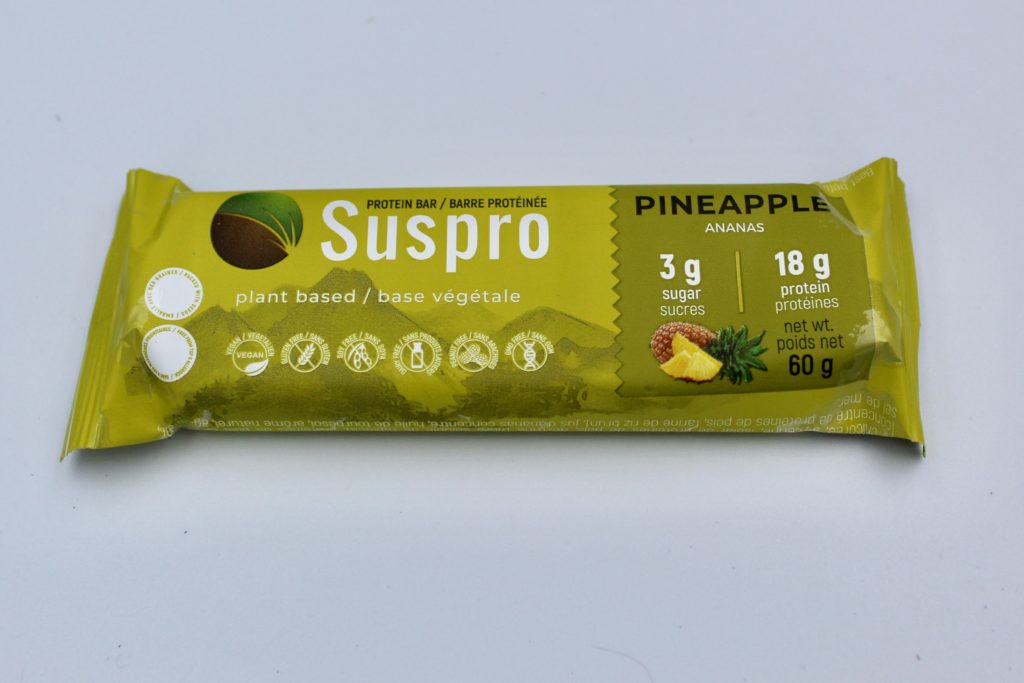 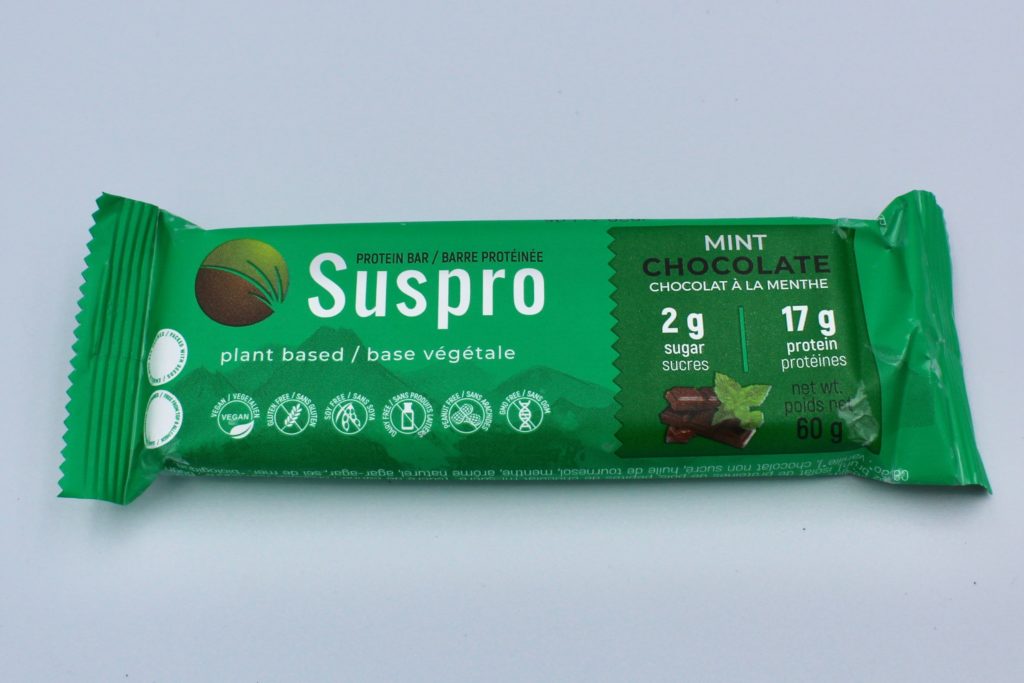 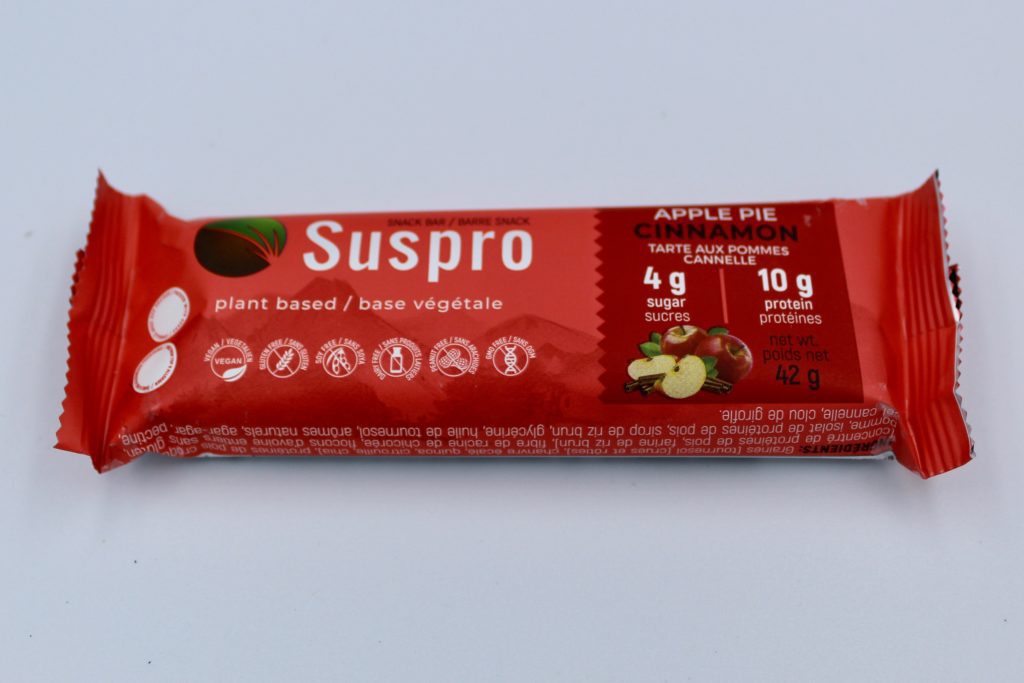 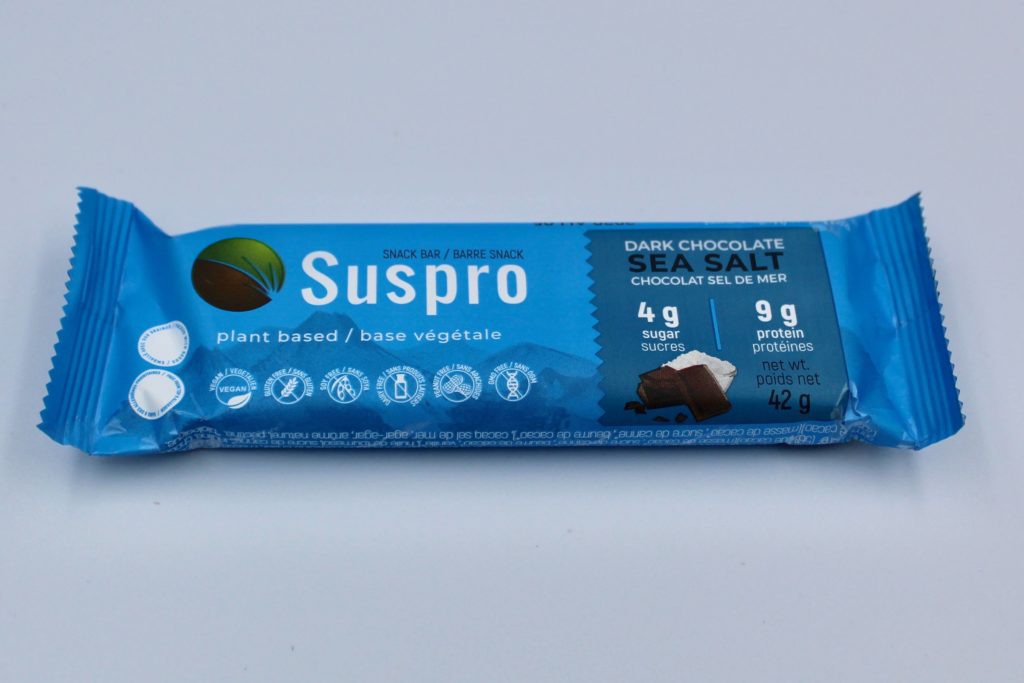 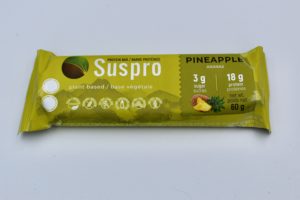 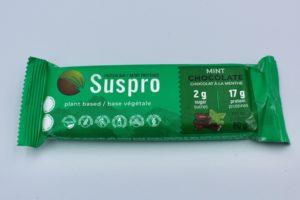 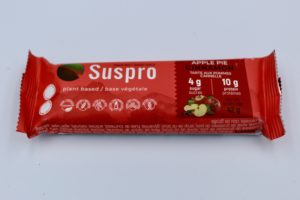 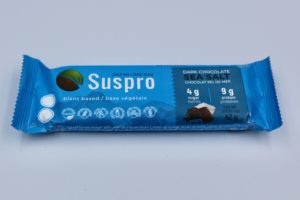 Ingredients to feel good about

Jennifer Sygo is a registered dietitian and sports nutritionist who works with Athletics Canada. Sygo walked us through the ingredients and gave us the goods on the list.

Chia seeds – Sygo says chia seeds are a good source of fibre, which is especially important for runners with sensitive digestive tracts. “Running can actually do damage to the digestive tract… so building good digestion is a great idea in general,” she says.

Hemp seeds – Hemp seeds are one of the highest-protein plant-based foods. “This is a great ingredient for runner’s protein needs,” says Sygo. “Ideally runners are getting 0.3 grams of protein per kilogram of body weight at each meal. This maximizes the body’s ability to repair muscle. So for a 150-pound person, that’s a goal of 20 grams of protein per meal.” 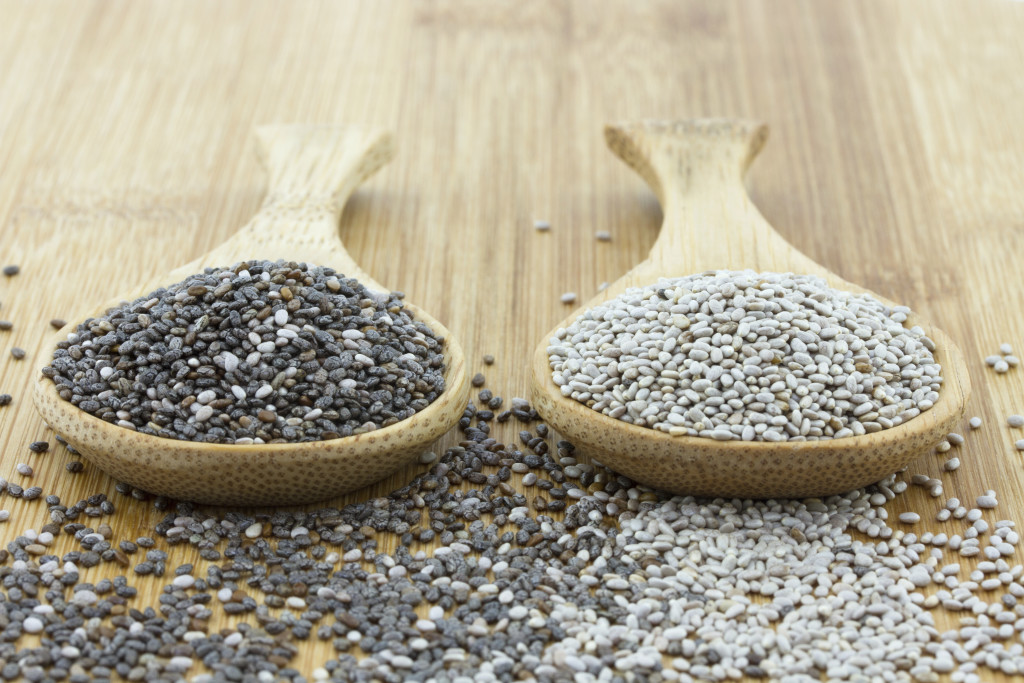 Pumpkin seeds – These seeds are a great source of magnesium, which is beneficial for two reasons: it helps relax sore muscles and helps runner sleep well (and sleep is a runner’s best friend). “They’re also a source of iron, which female runners especially can be low on,” Sygo explains. “People on a plant-based diet can struggle to get enough iron, so this is valuable for a runner. We need iron to produce hemoglobin, which is the part of the red blood cell that transports oxygen to working muscles.”

Quinoa – Sygo says that quinoa is a great ingredient because it’s high in protein and carbohydrates, and runners need both for recovery. “It’s got eight grams of protein per cooked cup. Unlike some of the other foods of this list, it’s a good source of carbs–we can’t forget that carbs are what fuel our running and give us energy for workouts.”

Sunflower Seeds – Sunflower seeds are a particularly good source of fats, especially polyunsaturated fats which are good for the heart. They’re another great source of protein as well.

Phil Parrot-Migas is a runner who’s been plant-based for one year and vegetarian for the two years preceding that. Parrot-Migas says that the change has left him feeling great (he’s even run back-to-back half-marathons PBs since becoming vegan). The runner suggests supplementing with vitamin B12, but other than that, he gets everything he needs from food. Like most people, he had some concerns about veganism while running, but has found that it has worked extremely well for him. “It’s very personal, but as long as you start slowly and experiment with what works for you, I’ve found that I feel great.” The runner is currently running 160K per week and most recently ran a 1:03 half at the Houston Marathon.

Brought to you by SusPro Foods.