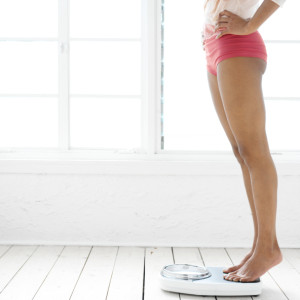 Almost everyone who has ever tried to lose weight has heard that the rule of thumb is that it takes 3,500 calories of deficit to result in one lost pound. This rule came into play in 1958, when Dr. Max Washnofsky had a paper published in the American Journal of Clinical Nutrition, stating that “3,500 calories is the caloric value of one pound of body weight lost.”

After that, the reduction of 500 calories a day, to total 3,500, or one pound, per week, became a popular weight loss program. And the 3,500 calorie rule holds true, if you’re burning flesh in a lab, however, the rule’s results aren’t so solid in the real human body, where one’s metabolic rate comes into play.

When you reduce your calorie intake, your body goes through what is known as “metabolic adaptation,” meaning that it adapts to function on the diminished energy you’ve supplied it with. This means that the longer you consume a reduced diet, the less effective it will be for weight loss. Assuming that weight loss continues linearly is the biggest flaw in the 3,500 rule. The leaner you become, the harder it gets to lose weight, which is why many runners may find themselves challenged to lose those “last five pounds.”

A new Body Weight Planner, released by the American National Institute of Health, uses a model by mathematician, Kevin Hall, in order to predict reasonable weight loss. Hall says that in the first year of reducing normal caloric intake by 500 calories each day, overweight people will lose approximately half of the weight predicted by the 3,500 rule. Despite the fact that this is discouraging to those trying to shed a few pounds, Hall believes that it is better for people to work with accurate plans and data.