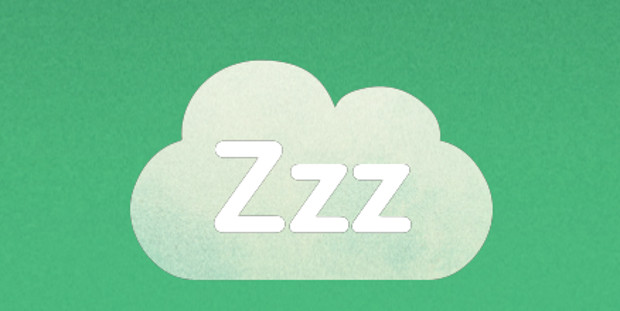 Besides the actual running part, the most important aspect of training is recovery. An odd but perhaps more accurate way of looking at a run is that you’re creating stress on your body, which will trigger an adaptation. For that adaptation to take hold, you must fully recover from that stress and build strength and endurance for your body to be more resilient against that stress in the future. And the single most powerful recovery tool is getting enough sleep every night.

Recent studies suggest that we struggle to get the proper amount of shut-eye, and for runners that means flirting with disaster, falling into a perpetual cycle of fatigue, exhaustion and, ultimately, injury.

Most adults need between 7.5–9 hours (and a recent Finnish study suggests that women need slightly more sleep than men). Keep these seven sleep facts about sleep in mind the next time you plan on burning the candle at both ends.

IF YOU’RE A RUNNER YOU’RE ALREADY DOING SOMETHING RIGHT

Luckily for runners, regular exercise regulates and improves the quality of your sleep. The one caveat is that exercise performed within three hours of attempting to sleep has the opposite effect, so make sure to get that run in well before bedtime.

One study asked participants to guess how much sleep they needed, and then had them go to bed and wake up naturally. The results were that nearly everyone thinks they need less sleep than they actually do when the alarm clock is taken away. Another wide ranging sleep study performed in the U.S. revealed that only about one per cent of the population can actually function on less than 7.5 hours of sleep. Your best bet is to assume you aren’t in that one per cent and get more sleep.

LOSE THE ALARM CLOCK, IF YOU CAN

Yes, it’s a fantasy for most, but it is true that if you allow yourself to wake up naturally, your body will select the right moment, between sleep cycles. When this happens you are more alert and feel more refreshed. Sleep inertia, that groggy state upon waking, is much shorter when you exit dreamland from a light sleep after getting an effective number of cycles.

The idea of catching up on your sleep on the weekend is a myth. Every night that you sleep for only five or six hours you are creating a snowball effect of exhaustion. Most terrifyingly, if you require, say, eight hours a sleep a night and only get seven, by the end of the week your body will react in the same way it does if you missed an entire night’s sleep.

YOUR BODY FALLS APART IN JUST A FEW DAYS

After just a few days of sub-optimal sleep, hormone production dips significantly, meaning a big decrease in the body’s ability to perform and, most dangerously, properly recover. What’s more disturbing is that after just three days in a row of poor sleep, your self-awareness of how tired you are actually decreases, meaning you stop realizing how awful you feel. Unfortunately, that doesn’t mean your body is functioning any better. At three days, your hand-eye coordination, fine motor skills and problem solving ability plummet. Basically, running a race after a few bad nights in a row is a recipe for disaster.

What’s most important is keeping your circadian clock regular, meaning waking and sleeping at the same time. But research has shown that, regardless of how much sleep you get the night before, maintaining tight regularity as to when you wake up every day is the key to becoming a better sleeper. Think of sleeping in as attempting to overcompensate. It’s better to just keep that circadian structure and then go to bed earlier the following night in order to get back on track.

SLEEP THE NIGHT BEFORE THE RACE DOES MATTER

We’ve all heard it before: the amount of sleep that you get the night before the race is inconsequental. It’s all about the few days before the eve of the race. It turns out that there is no evidence to prove this theory. In fact, research on elite athletes has shown that getting an increased amount of sleep in addition to your required amount leads to measurable gains in performance on race day.