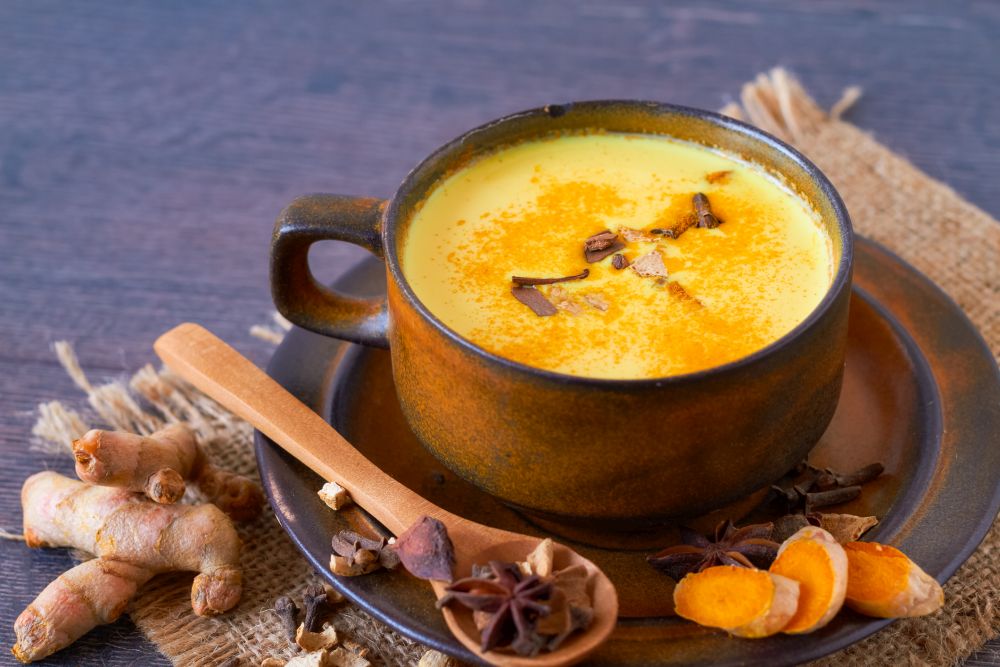 We may be missing the sun’s bold, warm rays right about now but this season’s trendiest drink is bright yellow and piping hot.

If you’ve noticed sweaty runners milling about in cafes sipping hot, sunshine-coloured beverages, you should know: they might be onto something. If you’re just hearing about it now, you’re arriving to the party right on time. It’s likely that your city’s trendiest cafes just started serving them and it will be years before they even approach done-to-death territory (pumpkin spice, we’re looking at you…).

The health benefits of turmeric

Apart from being trendy and cheerful looking, they are supposed to be steeped in health benefits too. (Hence why your nearest vegan health food pit stop has them top on the menu). That’s because, for endurance athletes especially, turmeric is like a magic spice.

If right about now you’re thinking: “Turmeric? In a latte? Puke!” Hear us out. In our 2015 Trail Special, Canadian Running food writer Jonathan Sinclair wrote about the health benefits of the bold yellow spice which many may associate with curries and Indian cuisine. Many endurance athletes load up on medications and especially painkillers. Oftentimes, these are overused to deal with the aches and pains that come with logging long, hard runs. Inflammation specifically is what they are they are trying to reduce by cracking open that bottle of ibuprofen– which over time can damage the liver.

But as Sinclair suggested, turmeric can be a natural alternative.

“Instead of walking the tightrope and popping a few ibuprofens, hoping that your liver and kidneys can handle it, swap them out for a few capsules of curcumin. This is a derivative from the root vegetable turmeric,” he writes. “Many of us are familiar with turmeric as the spice that gives curry powder its orange hue. Turmeric has been proven to be one of earth’s most powerful natural anti-inflammatory agents. The reason why is that it contains curcumin.”

Since curcumin is plant-based, it’s less likely to tax your system. Looking for natural remedies? Well, this could very well be it.

If this is sounding familiar, it could be because you’ve heard about a similar hot drink under a different name. “Golden milk” or “golden tea” is basically the same thing. Anyone who practices ayurvedic medicine would have been warming up to a hot cup laced with turmeric far before trendy fitness buffs arrived at this idea. Call it what you want, this is the new post-workout drink of the year.

So want to make yourself a cup from scratch? The below recipe was adapted from food blogger NadiaLim.com.


Add all ingredients to a blender, mix it up. Heat the liquid on a saucepan on the stove top and serve.