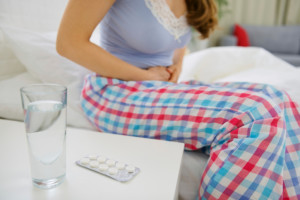 The birth control pill (BCP) was first approved for contraceptive use in 1960, twenty-four years before women competed in the marathon at the Olympics for the first time. In some ways, the BCP and the introduction of women into the elite and recreational racing world can be seen as part of the same timeline—the one on which women slowly gain autonomy over their bodies and how they use them. The pill has now become a commonplace form of birth control, drastically reducing the risk of unwanted pregnancy, though providing no protection from sexually transmitted diseases.

The pill plays a debatable role in distance running however, with some viewing it in a positive light and some in a negative one. The pill is now often prescribed as a treatment for exercise-induced amenorrhea, the condition of losing one’s menstrual cycle due to training intensity. The reduction of estrogen levels in the body that is caused by a lack of periods can wreak havoc on bone density and fertility. The pill can protect bones by upping estrogen, but there has been little scientific study to prove that it protects fertility.

Simply putting a female athlete on the pill to ‘fake a period,’ also often means that underlying problems are not being addressed. Loss of menstruation is one of the signs of the female athlete triad, also consisting of disordered eating and osteoporosis. When these symptoms occur in a female athlete, underlying (oftentimes psychological) issues need to be addressed, rather than sticking a BCP band-aid solution over top.

Other than the ability to bring back the disappearing period, the BCP is also favoured by many female athletes for its ability to predict when the cycle will fall, thus allowing for manipulation of timelines to ensure that key competition dates do not occur when an athlete is suffering from cramping low energy. Due to blood loss, during menstruation women’s iron levels are lower, which is not optimum for performance and can even hinder it.

However, the decision to take birth control can have side effects that are particularly worrisome to the female runner. Weight-gain is a relatively common side effect of the BCP. Running is a sport in which low-weight is often critical to performance, particularly in distance events. Most elite female distance runners weigh somewhere between 10-20 per cent less than the average female.

Very little research has been done on the effects of BCP on athletic performance. This can likely be chalked up to society’s social taboo on the topic of menstruation, however, the issue is one that impacts thousands of female athletes and is worthy of further exploration.