Exercise-induced rhinitis: you may not have heard of it, but you might have experienced it. EIR is a common disorder associated with one or more symptoms including sneezing, a runny nose, nasal congestion and an itchy nose brought on by exercising. It isn’t as well-documented as other allergic responses to physical activity, such as asthma or urticaria (hives), but studies have shown that it commonly occurs in athletes, even if they don’t have an underlying nasal allergy. In fact, between 27 and 74 per cent of athletes are known to have some type of rhinitis. If you find you get a runny nose every time you go for a run, EIR could be the culprit. 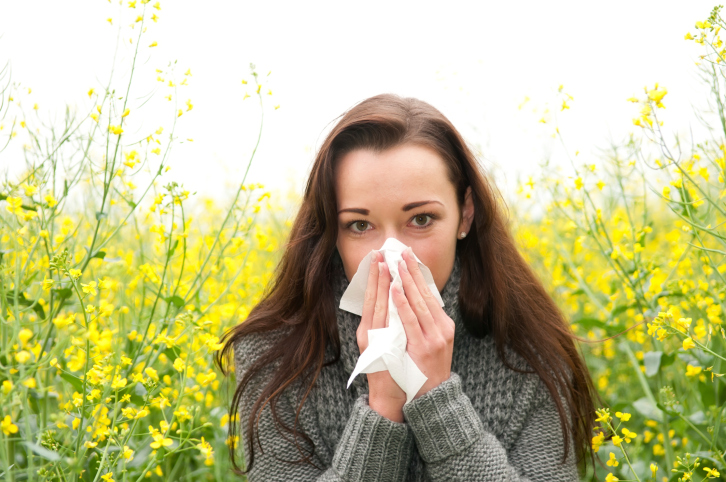 RELATED: Should you run with seasonal allergies?

There are two ways that exercise can cause rhinitis. The first and most well-understood is through allergic rhinitis. When you run, you are exposed to a larger amount of allergens in the air than normal because you’re breathing deeper and faster. If you breathe in a higher volume of air, you will naturally breathe in more allergens as well. For example, if you’re already allergic to pollen, when you start running and breathing more heavily, you will inhale more pollen than you would at rest.

EIR doesn’t just affect athletes with allergies, but the cause of non-allergic rhinitis is still unknown. One possible reason is that when you exercise (whether you’re inside or outside), you may have increased exposure to occupational and environmental irritants that don’t cause allergic reactions but still aggravate your nasal passages. Swimmers, for example, tend to experience EIR at a higher rate than other athletes, likely because of exposure to chemicals in the pool, like chlorine. Other environmental factors can also affect your nasal passages, such as air temperature, which is why runners tend to experience a higher rate of EIR in the cold winter months.

Can you treat EIR?

If you’re a runner who suffers from allergies, there are several prescription and over-the-counter allergy medications available that might help reduce your symptoms. Your best bet, in this case, is to talk to your doctor to figure out which medication will work best for you. If you don’t have allergies but you’re still getting a runny nose, the first step is trying to avoid any contributing factors. This can be tough depending on where you live, but one way to do this is to avoid running in high-traffic areas and choose to run at times when air pollution is lower. The early morning is typically the time of day with the lowest levels of air pollution.

If you’re unable to change the timing or location of your runs, a doctor may prescribe medication to reduce your symptoms, including topical treatments like nasal sprays. Some antihistamines can also help, even if you don’t have allergies, but you should talk to your doctor before taking any allergy medications.

EIR is not a serious condition, but it can be irritating and in some cases, can negatively affect your running performance. If you’re sick of having to bring tissues with you on every run (or wish you didn’t have to make a snot rocket every 10 minutes), talk to your doctor about EIR so you can breathe easy.

RELATED: Runner’s itch: what it is and how to deal