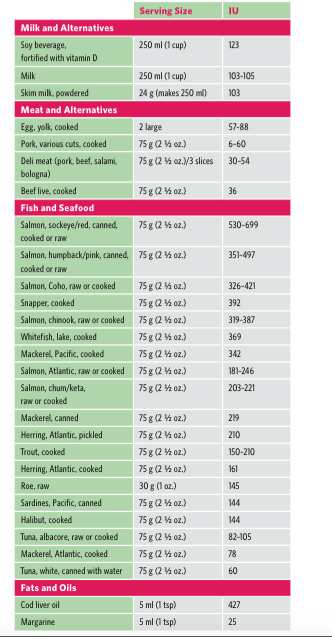 We’ve long known that vitamin D boosts bone strength. It helps our body absorb and use calcium and phosphorous to build bones, and it can protect older adults from osteoporosis. Vitamin D also supports the immune system and may reduce the risk of some cancers.

What we haven’t been so sure about is whether vitamin D affects muscles. In 2014, the Journal of Clinical Endocrinology and Metabolism and the Journal of Science and Medicine in Sport both independently published a systematic review with meta-analysis, each confidently confirming that vitamin D does indeed impact muscles. The results of these analyses are powerful because systematic reviews synthesize all the relevant studies ever published on a subject, and the meta-analysis pulls the data from those studies into a single, measurable estimate to give researchers a concise conclusion. Specifically, vitamin D improves muscle strength.

The researchers examined studies where participants underwent strength training while taking a wide range of vitamin D doses. The trials lasted anywhere from four weeks to six months, and people took between 4,000 IU per day up to 60,000 IU per week.

Muscle strength was particularly improved for people who were vitamin D deficient, but not necessarily so for people who had normal vitamin D blood levels. The strength gains were less based on how much vitamin D participants took, but whether the amount they took raised their serum vitamin D status into the normal range.

While there isn’t enough evidence to say vitamin D improved muscle mass or power, greater muscle strength fortifies the muscles and tendons, reduces the risk of injury, and improves body composition – all of which can lead to faster finishes and healthier bodies.

You make vitamin D in your skin when it’s exposed to the sun but once the calendar flips to October, Canadians must rely on supplemental and dietary sources of the sunshine vitamin. The sun’s rays simply aren’t strong enough until April to ensure efficient vitamin D metabolism. Add clothing and sun block in the summer, and it’s no surprise that nearly a third of Canadians are vitamin D deficient.

Almost half of Canadians slip below the deficiency cut-off in winter, and about a quarter are considered deficient in the summer.

Because of the uncertainty around sun exposure and skin cancer, there’s no recommendation as to how much sun you need every summer day to ensure you have enough vitamin D through the winter. We do know however, that you need at least 600 IU per day from food or supplements, and 800 IU per day if you’re older than 70 to maintain normal vitamin D levels.

Unfortunately, vitamin D is naturally found in very few foods: cod liver oil, egg yolks and some fish. A few foods such as margarine, milk and its alternatives like soy or rice beverages are vitamin D fortified. Supplements are also an option. Taking up to 4,000 IU per day is considered safe.

Maintain a consistent vitamin D level whether you’re training on a treadmill or sweating in the summer sun, and your muscles, as well as your bones, will thank you for it.