At first glance, there’s a big difference between the humble potato and the latest in fueling technology. However a new study suggests the two might serve a very similar purpose when it comes to endurance sport. A new study reports that consuming potato puree (essentially mashed potatoes) during endurance exercise is just as effective as gels.

The gold standard of fueling over the marathon distance can be looked at through Eliud Kipchoge’s official world record run Berlin in 2018. Kipchoge took in over 100 grams of carbohydrates per hour during his race. Maurten (the company that makes the runner’s gels) tweeted to Canadian physiologist Trent Stellingwerff that Kipchoge’s nutrition was a combination of drink mixes, based on hydrogel technology, and the GEL 100 (a more standard gel as opposed to a drink), to reach his nutrition needs. The study out of the University of Illinois gave their subjects 60 grams of carbs per hour. 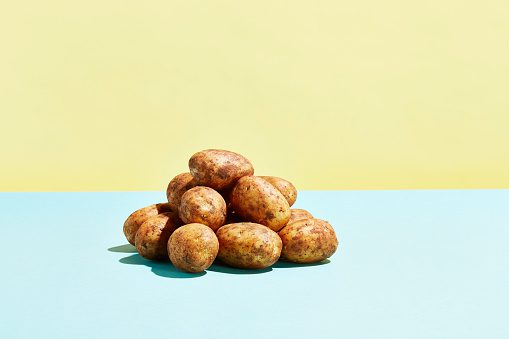 If 60-100g of carbs per hour is the ideal fueling plan for a marathon, how much potato is that? It turns out, a manageable amount, as 100g of mashed potatoes (which is roughly half a cup) is only 98 calories (when prepared with only salt and pepper), nearly identical to what’s found in the average gel. There are roughly 20 grams of carbs in that half a cup of potato.

Researchers addressed the benefits of potatoes, citing their cost efficacy, difference in taste (from gels) and whole food origin. “Potatoes are a promising alternative for athletes because they represent a cost-effective, nutrient-dense and whole-food source of carbohydrates. Furthermore, they serve as a savory race fuel option when compared with the high sweetness of gels.”

The only issue is that transporting mashed potatoes is a little more complicated than a gel (which comes prepackaged and perfectly portioned.) The best option, if you decide to experiment with homemade gel replacements, is to bring them in a Ziploc bag or a small Tupperware.

One other consideration is how the food will sit in your stomach. If you’ve got a sensitive gut, then sticking to a commercial gel that works for you is probably a better idea. To consume the same amount of calories and carbohydrates, you’ll always have to take in a higher volume of potato when compared to a gel.