Kipruto waited until the last lap to pass American Evan Jager who had been leading for most of the race. Kipruto closed hard and gained enough of a lead to celebrate his victory even before crossing the line to claim the top spot. Jager who holds the world leading time this year and ran a very gutsy, front-running race, ultimately faded to third.

Soufiane Elbakkali of Morocco finished a surprise second in 8:14.49. He was visibly emotional after his silver-medal performance having just missed out on the medals in Rio where he finished fourth.

Elbakkali of Morocco is moved to tears after winning silver pic.twitter.com/XNwx0NlqOi

Six-time global champion Ezekiel Kemboi of Kenya who admitted to only having run two races this year finished a disappointing 11th after being dropped by the top three runners and fading badly. The four-time World Champion and two-time Olympic gold medalist — from Athens and London — who was disqualified in Rio for a lane violation is known well for his post-race victory celebrations and was making a comeback in hopes of claiming one final title but it was not to be.

Despite this, Kipruto’s win helped Kenya maintain their dominance of the event. The East African nation has now claimed the top position in every major steeplechase competition for the past 30 years.

.@HugheSteeple with an outsanding 6th place finish in a year that has not been easy for him. SB of 8:21.84 #IAAFWorlds #London2017

Canadian Matt Hughes, who ran a seasonal best of 8:24.79, in the heats just days ago, improved on that mark by running 8:21.84 and finished an impressive sixth overall after being at the back of the pack for much of the race. He was the only competitor to run either a seasonal or personal best in the race. 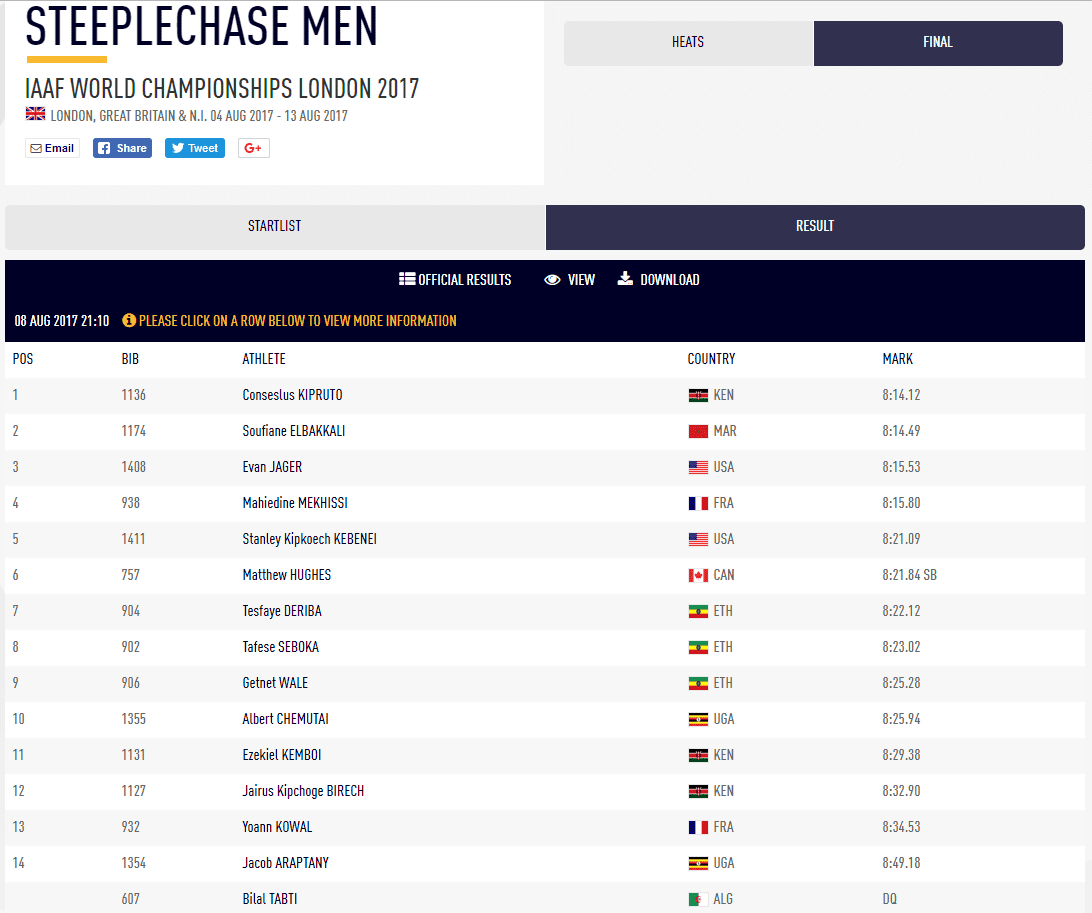