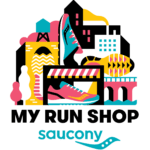 Montreal has had a number of venerable retail institutions over the years, but many have disappeared, victims of changing demographics and a challenging retail environment. Not so Boutique Courir, whose original partners, Daniel Beaupré and Gilles Labre, are celebrating 30 years in business this year.

Not that it hasn’t been challenging. Boutique Courir started in Longueuil as a running store, and still retains the running focus and name (courir being the French verb “to run”), while expanding into cross-country skiing, cycling and triathlon–which only makes sense in a city as obsessed with year-round outdoor recreational opportunities as Montreal. To be sure, we’re not talking about entirely separate markets–there’s obviously a great deal of crossover between running and cross-country skiing, and between running and triathlon. 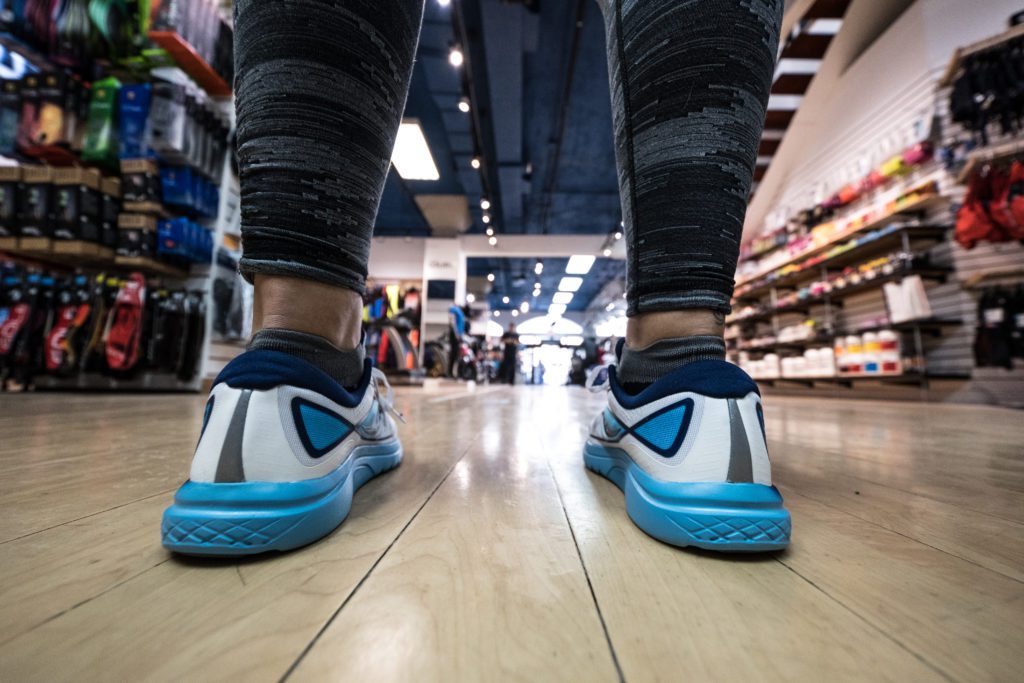 Beaupré loves to tell the story of how he and Labre used to train together when Montreal’s Citius track club merged with the Calo club in Longueuil. Beaupré was in Citius and Labre in Calo, and since 1980 Labre had been the propriétaire of the first (very small) Boutique Courir in Longueuil. One day he approached Beaupré and said, “I’d like to have a store in Montreal.”

Beaupré didn’t hesitate. At the time he was working the night shift at his job in the distribution centre for Canada Post, and running for the corporation at events across Canada whenever he could. “I didn’t want to work the night shift for the rest of my life,” he explains. It was a secure job, but his passion for running meant much more to him. And even though he’d be comfortably retired by now if he’d stayed with the corporation, and even though he and his wife had a new baby whose birth coincided with the birth of the store and he had to give up running, he hasn’t had a single moment’s regret. 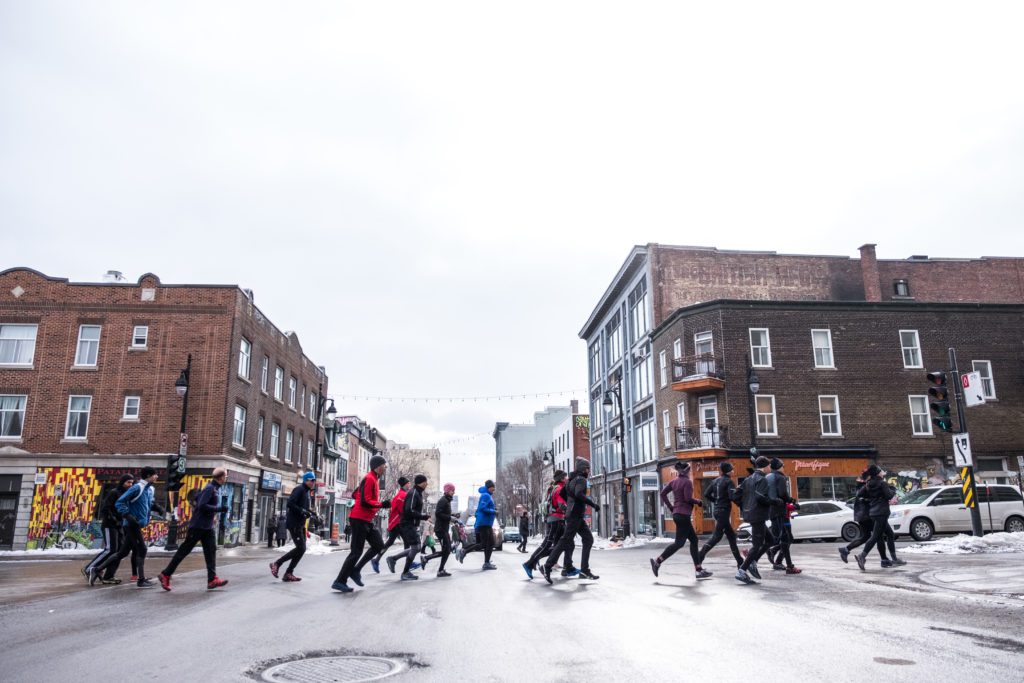 Together Beaupré and Labre found a 2,500-square-foot location near the corner of St-Denis and Mont-Royal in the Plateau district (a few minutes’ jog to the cross on Mount Royal), and the two opened the Montreal location of Boutique Courir. Gradually the Montreal store expanded over the years, taking over more and more space and finally buying the building in 2001.

“It’s a candy store for athletes”

The store now offers three full floors of sporting goods. “Active people come here to find gear,” says Beaupré, who goes out of his way to make sure the selection is not just up-to-the-minute, but also fun and attractive. (He mentions the store has one of the best selections of the colourful and popular Ciele technical running hats anywhere.) “It’s a candy store for athletes.” 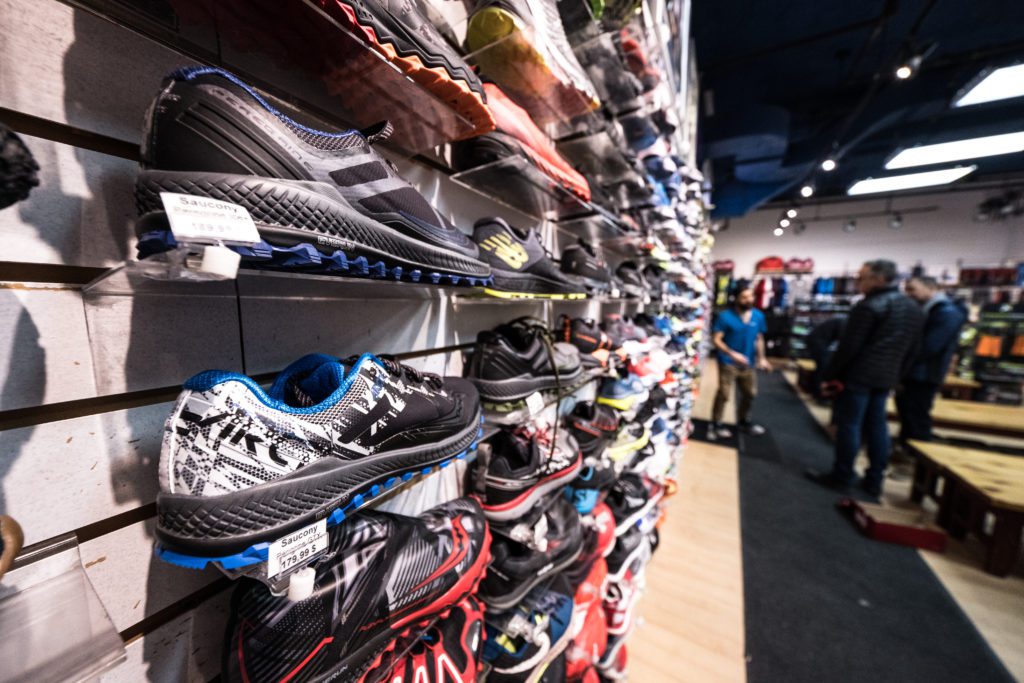 And for the past 10 years, Beaupré and Labre have been enthusiastic landlords to a group of sports medicine experts called Vivaï, who occupy the building’s fourth floor. The professionals at Vivaï (who have worked with some of Canada’s Olympic teams) not only help to keep Montreal’s athletes healthy with physiotherapy, massage and nutrition counselling without even having to leave the building, they also help to reinforce Boutique Courir’s identity as one of the focal points for the sporting life in Montreal.

Beaupré and Labre have obviously seen a lot of changes in the sport of running over the past 30 years, chief among them being the world of the Internet–not just how it’s made it possible to shop without going to a store, but also how it’s enabled runners to find and connect with each other. The increasing participation of women in both the recreational and elite scenes and the rise of fun runs and themed runs have broadened running’s appeal and challenged Boutique Courir to stay current and respond to changing trends. 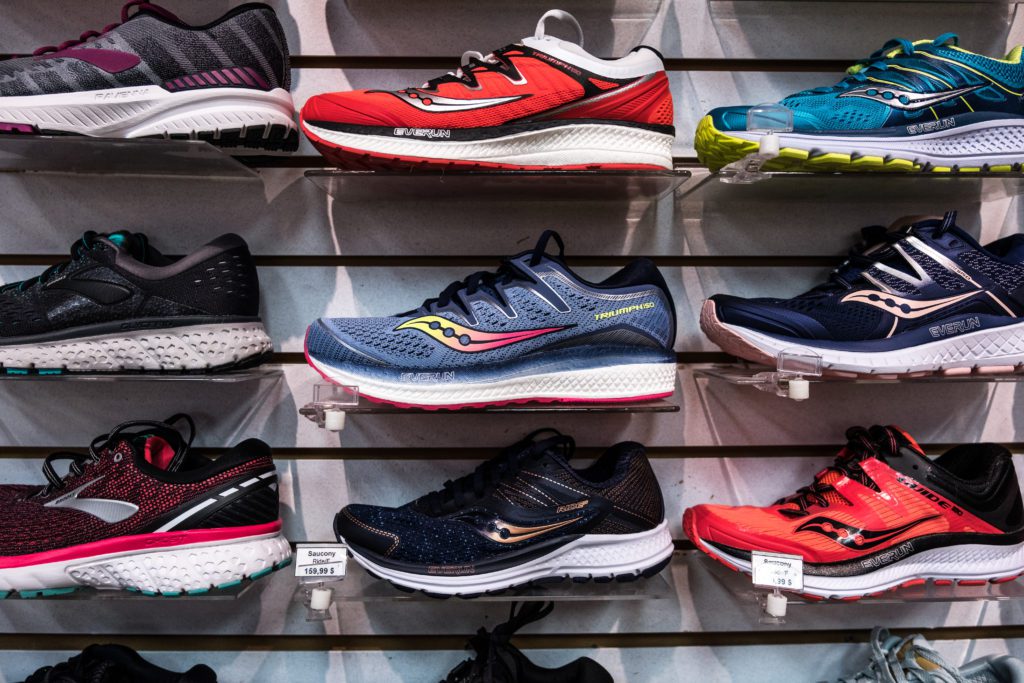 In apparel especially, female customers want the expertise of female staff, who understand that women’s fit issues are different from men’s. Shoes are another example–although the number of shoe companies who continue to offer women’s AA (narrow) sizes is dwindling, a specialty store such as Boutique Courir must cater to a wide range of needs wherever possible. And among the 18 staff, the ratio of women to men is approximately 40:60.

The races Boutique Courir sponsors and the charities the races support are a big part of what drives Montreal’s running community, the main one being the Banque Scotia 21K de Montréal in April, which last year alone raised $1.3 million for 80 participating charities. One of the key spring running events in Eastern Canada, it includes a 5K, 10K and kids’ 1K as well as the half-marathon, and has raised more than $7.5 million since the Scotia Charity Challenge began in 2009. The events take place in Parc Jean Drapeau, which many masters athletes will remember as the site of Expo ’67. 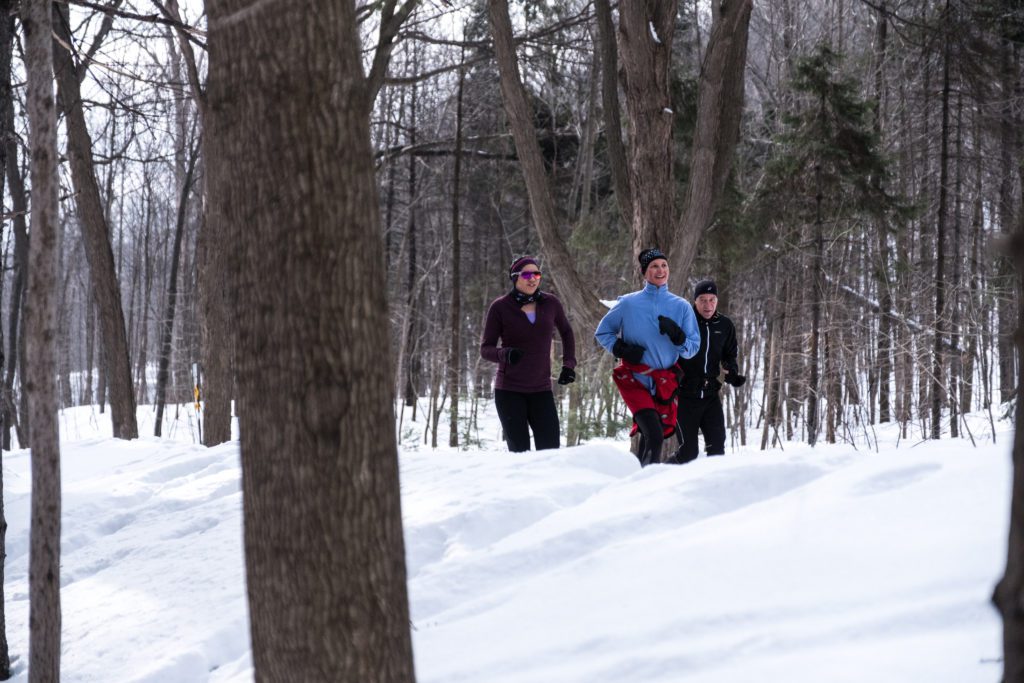 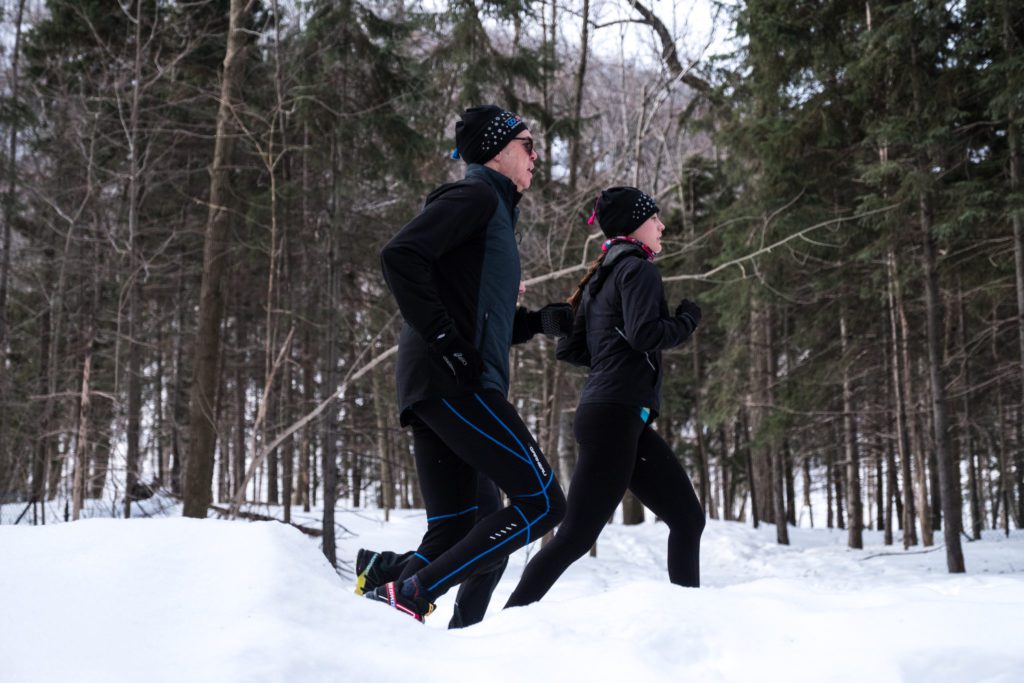 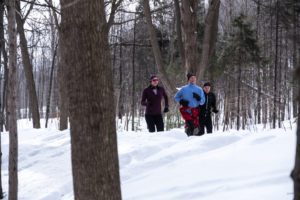 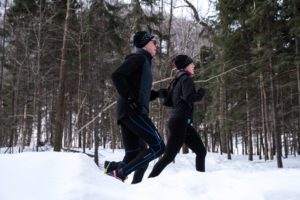 Three years ago the store began another community initiative, supporting a local high school’s fledgling track program by transporting a busload or two of 14- to 16-year-olds from Collège Jean de la Mennais on Montreal’s south shore to the Dartmouth Relays in New Hampshire in January. Beaupré and Labre had competed at this meet many years ago with their own track clubs, and had fond memories of both the track itself and the meet. The intiative started with 30 athletes and has expanded to more than 100.