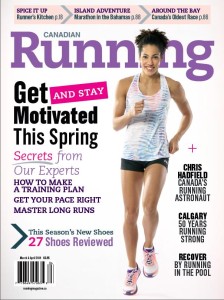 When Karelle Edwards hangs up the phone, she will get straight to training. Today the 100m hurdler will work on knee drive and hurdles. She’s glad to be back on track. Literally.

Edwards, 23, is an Ottawa-based track athlete training with coach Craig Taylor while working part time as a kinesiologist. After breaking from her running career for three years due to a back injury, she is able-bodied again and focused on competing. Last year, she was a finalist at the Canadian Track and Field Championships and went to Nice, France to represent Canada at the Francophone Games. Now, she is training for the Commonwealth Games as well as the World Championships and the Pan American Games next summer. The three years she spent dealing with her injury makes her more appreciative of her athletic potential. She’s glad to be running.

“When you have a goal and you’re training towards that goal, for me, that’s thrilling,” she says.

In grade 12, she injured her back while lifting weights, but within a month she was back hurdling. She was doing so well that she won National Juniors and went to World Juniors in Poland that summer. Edwards was leaving to Syracuse University in the fall and was set to compete at Commonwealth in October. She went to practice with her new coach and did a warmup. “The next morning I woke up in pain,” she says. “That was pretty much it for three years.”

Edwards has a bulging disk, and injury with symptoms that vary from person to person. Originally, doctors doubted her running career could continue, but Edwards always imagined herself having a place on the track.

“You have doubts in your mind, but I never felt for a second that I wouldn’t get back to running,” she says.

This up-and-coming track star comes from an athletic family. Her dad played basketball, her uncle played for the Winnipeg Blue Bombers in the CFL, playing in the Grey Cup, and her brother plays soccer on the national Guyanese team. Naturally, she was always athletic. She started gymnastics at age seven but, as she got older, she didn’t see herself excelling in the sport. She quit in grade ten to focus on track.

“I always had a dream to get a scholarship for track and field when I went off to university,” she says. “So I thought now will be the time.”

She got good fast. She remembers reading about the World Youth Championships in a magazine at 17. She’d been in track for less than two years and a hurdler for a mere few months. She looked at the standard to make the team and realized she could make it. “I said ‘Hey, wait a minute, I ran this! What’s going on?’”

She barely missed the deadline, but only one athlete was going for her event. Normally, two are taken. Her and her coach made an appeal. Within a couple weeks, Edwards was on the team and off to compete in Ostrava, Czech Republic. 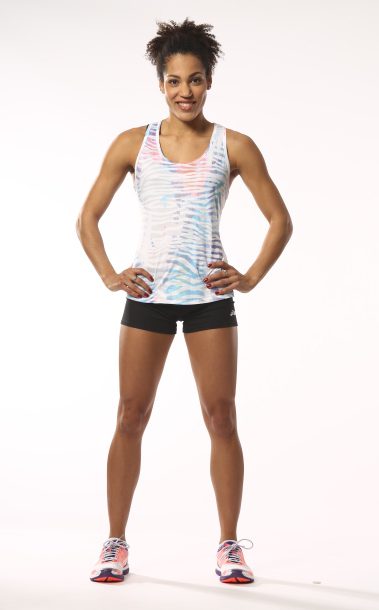 “That was kind of my first glimpse of ‘Okay, I can actually do this seriously,’” says Edwards.

Though she was off for three years, that experience was worthwhile, too. She surrounded herself with a support system and worked at what she could. “I did core work for three years,” she says. Her first time back was in January 2012. It went better than expected. She was nervous but had been told that her body’s muscle memory would kick in. She raced at McGill University. She was able to hurdle again. Later in the year, she was a finalist at the Canadian Olympic Trials.

These days, her schedule is busy. She leaves work at 2 p.m., and gets her injury treated before going to practice. Track sessions last three hours on Mondays through to Fridays and sometimes on Saturdays. On her downtime she is resting and focussing on eating and sleeping properly. But she still likes to socialize. Usually this means playing board games or catching up on episodes of Scandal. Her group of friends understand how important running is to her.

“I’ve hit some hurdles, literally and figuratively, over the years,” says Edwards. “I’m excited to keep going on this journey.” Her ultimate goal is to race the 2016 Rio Olympics.