On Wednesday, two of Canada’s cellular providers, Bell and Telus, indicated that they would support LTE service to the device. According to Bell’s website, Apple Watch Series 3 + cellular, as the company is calling the version of the watch with phone capabilities, will be available to order on Sept. 15, in time for the Sept. 22 street date. According to Canadian tech site MobileSyrup, Telus is trying to get the infrastructure in place and hopes to have it up and running “later in the year.”Rogers and its sub-brand Fido, meanwhile, will not be carrying the device, as per MobileSyrup, saying:

Bell does indicate on its site that the service will not be available from them in a Saskatchewan or Manitoba.

It’s not clear if other regional providers will offer service for Apple Watch in the near future.

What does Apple Watch Series 3 cost in Canada?

Tuesday’s announcements were of course all in U.S. dollars. But pricing details were finally revealed on Apple’s Canadian retail site on Wednesday.

The newest version of the watch will come in two sizes, and three different distinct builds: the generic aluminum casing, a Nike+ variation and a stainless steel casing with a sapphire crystal face. 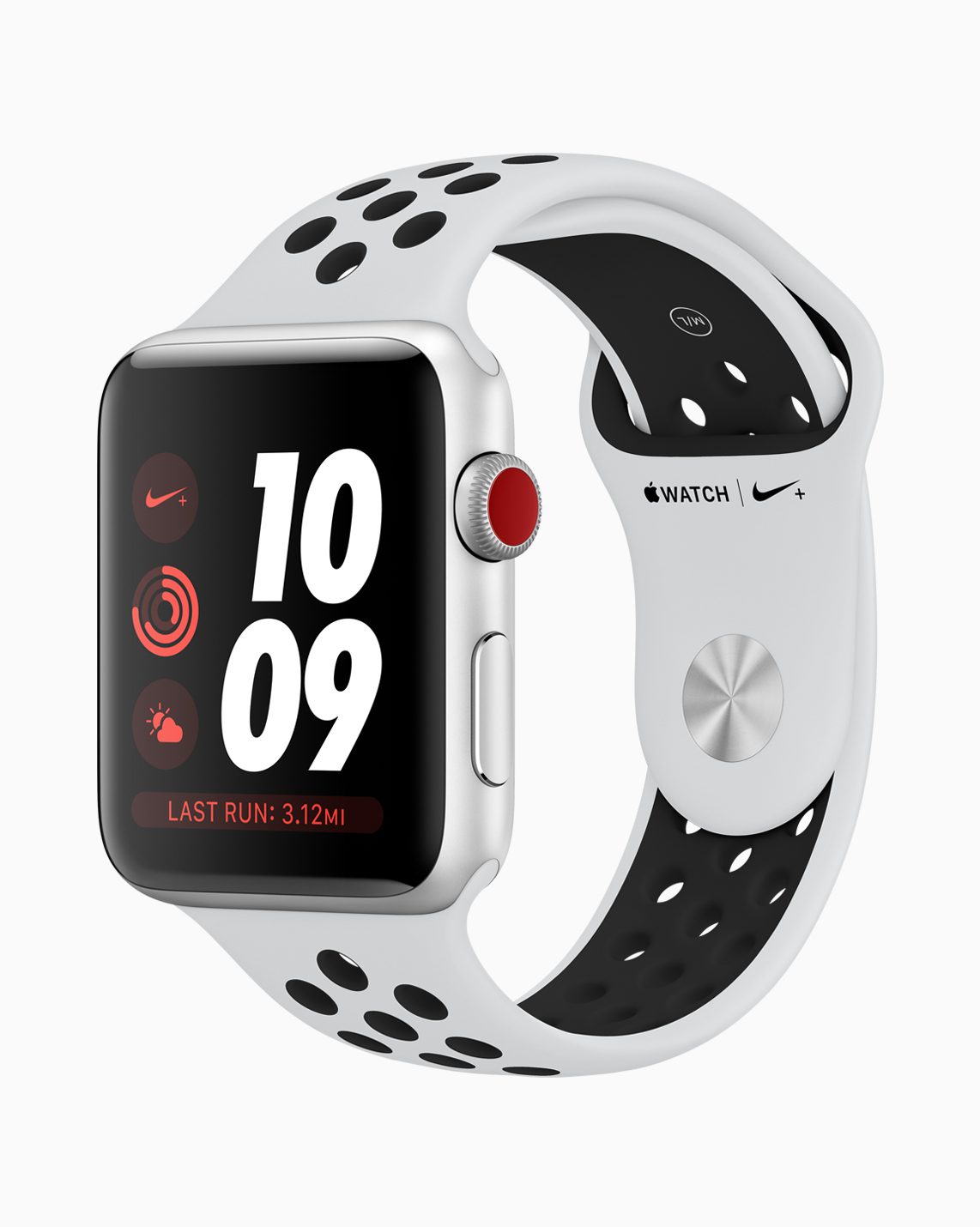 The 39 mm aluminum watch face model with GPS but no cellular connectivity is priced at $429, and the 42 mm version is set at $469.

The pricing for the Nike+ version is the same as the above.

The stainless steel version comes with a heftier price tag (and weight due to the more robust build quality). The 38 mm version with cellular connectivity is $799, and the 42 mm size is $859. This model is clearly targeting watch collectors, who seek out steel and sapphire crystal as prerequisites for a quality timepiece.

For those with really deep pockets, the Hermes stainless steel with fauve Barenia leather comes in at $1,819.

What will cell providers charge?

Telus has not yet indicated what the monthly cost of cell connectivity will be for existing customers, but they have set up a notification you can sign up for here to find out all the details when they’ve got them ironed out.

Bell is offering what they are calling a limited-time offer for pre-existing customers to tether their data plan and number to this new device for an added $5 a month. Bell will also be offering the first three months of the service for free.

Engadget is reporting that American carriers are planning to charge $10 a month. 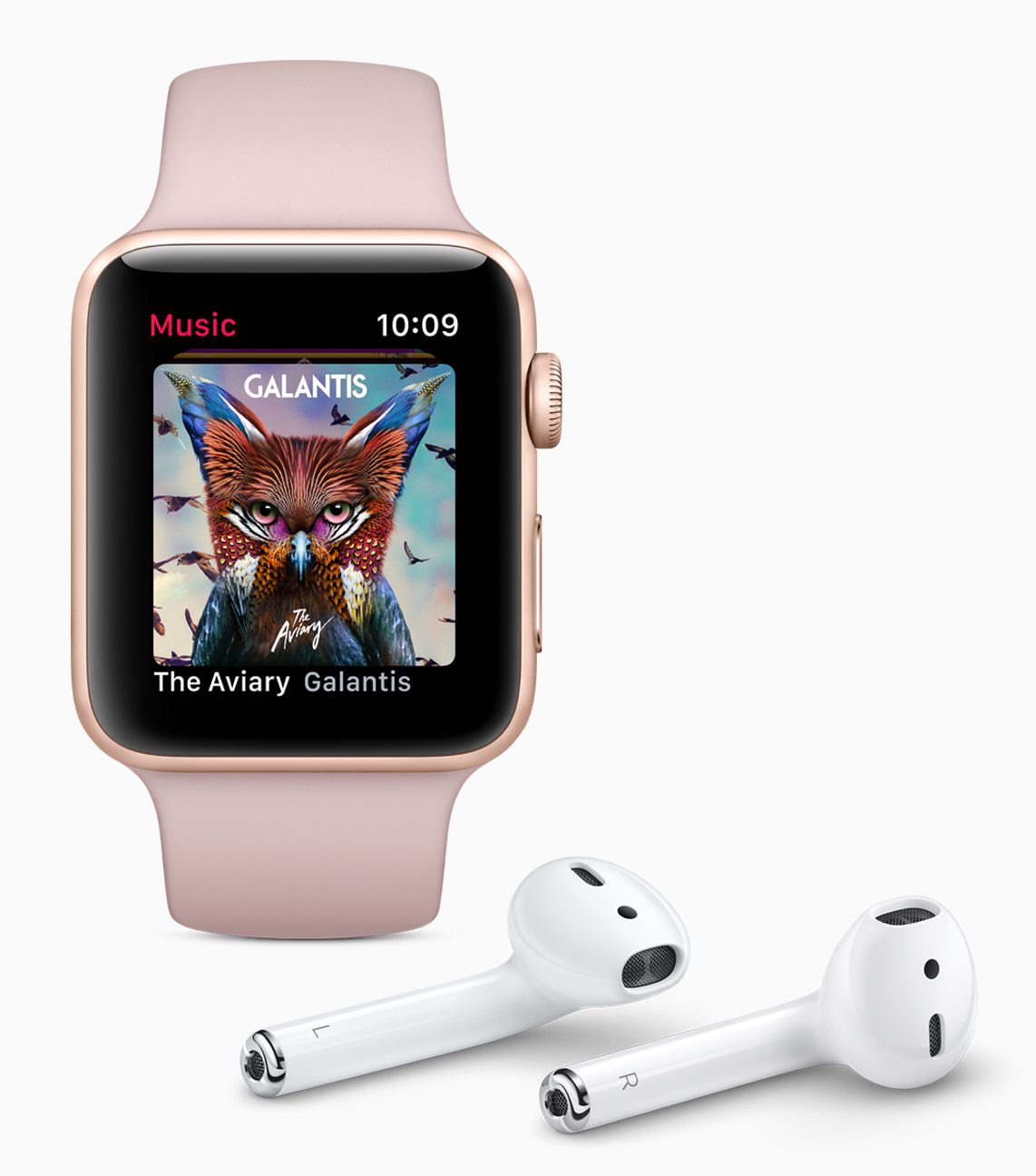 Apple also outlined that its music streaming service, Apple Music, will be available directly to the watch soon after the device’s release.

Series 3 with cell will also be able to access your calendar, push notifications from other apps in real time. It will also further leverage Siri, Apple’s voice driven AI service to do a lot of the work for you so you don’t have to rely to heavily on actually touching the screen, which is a plus for runners mid-run who want to, say, reply to an important text, add a note to a calendar before forgetting or make a quick call.

Oh, and it’s got an altimeter

This version also appears to be the first Apple Watch with an altimeter built-in, which is key for trail and mountain runners, and a nice added bit of data for numbers nerds.