Two weeks ago, the World Half-Marathon Championships saw a number of wipeouts. In the women’s race, two major contenders went down. First, Joyciline Jepkosgei, one of the fastest women ever over the distance and a favourite to win, tangled shoes with her group of runners and took a fall she couldn’t recover from. She went on to finish sixth in 1:05:58. Defending champion and former women-only world record holder Netsanet Gudeta also fell just before 10K and finished eighth in 1:06:46. Falls happen in running very occasionally on the track, but it’s extremely rare on the road. While some are suggesting the spills can be attributed to the winding course, others think it might be the shoes.

The women's race at the World Half was a story of falls.

Defending champ Netsanet Gudeta went down just before 10k, then top contenders Ababel Yeshaneh and Joyciline Jepkosgei while leading the race on the final lap.

Even Yalemzerf Yehualaw lost her balance on final straight. pic.twitter.com/yrx3EKvT4f

Of the runners who participated in the world championships, 93 per cent of the field was wearing a carbon-plated shoe. While stack heights vary in carbon shoes, across the board they stand taller than historically (except possibly for Hoka One One). Nike stands 40 mm tall, Adidas at 39 mm and New Balance (which is relatively short compared to the others) is 30 mm.

The course was certainly curvy, with several hairpin turns along the 5K loop, but it’s undeniable that the race would have looked different if Jepkosgei and Gudeta hadn’t fallen. Many have pointed to the fact that these carbon-plated shoes are less stable, particularly on tight turns. 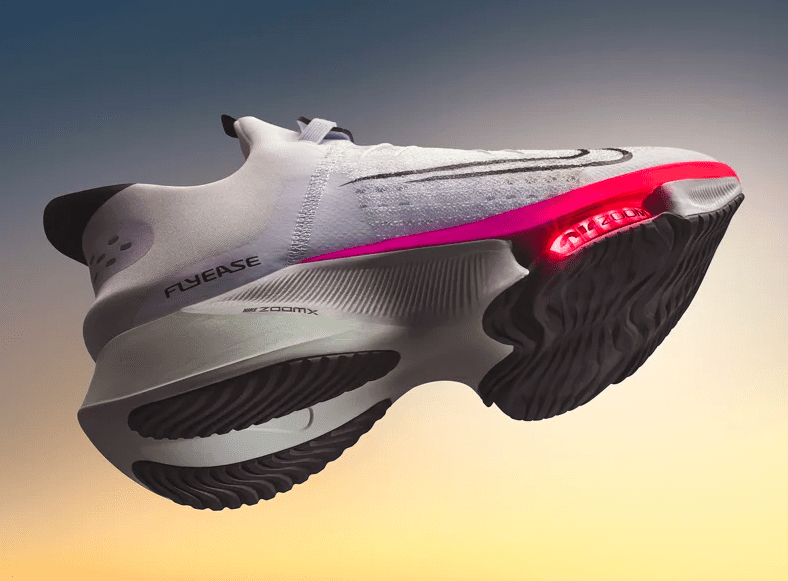 Outside of price and availability, runners thus far hadn’t had a reason not to buy a pair of carbon-plated shoes. They’re well-designed race footwear that have been touted as aiding running economy and improving recovery, making them highly marketable as the perfect marathon shoe. But what if your perfect marathon shoe didn’t feel stable on a winding course – would you still wear it?

Runners have been wearing carbon-plated shoes for two years now, and we’ve never seen a race with this much stumbling, suggesting that it was, in fact, the course and not the shoes that caused the falling. However, if you’re someone who has poor ankles and you’re racing on a course with some switchbacks, either practice taking these shoes around tight corners to see how you feel, or go for something that feels more stable.

RELATED: The top 6 minimalist shoes for the natural runner