Runners know there can be a big difference between a sports bra and a running bra. Many brands have neglected this distinction, but women understand that there are three kinds of bras: those you want to lounge in, those you want to do low-impact activities in and those you want to run in. Each has a place in a runner’s closet, but for a long time, the third (and arguably most important) category was forgotten. Brooks is bringing women run bras–not sports bras, running bras. Running is one of the highest-impact sports, so runners need a bra that can accommodate the impact, and Brooks takes that calling very seriously. 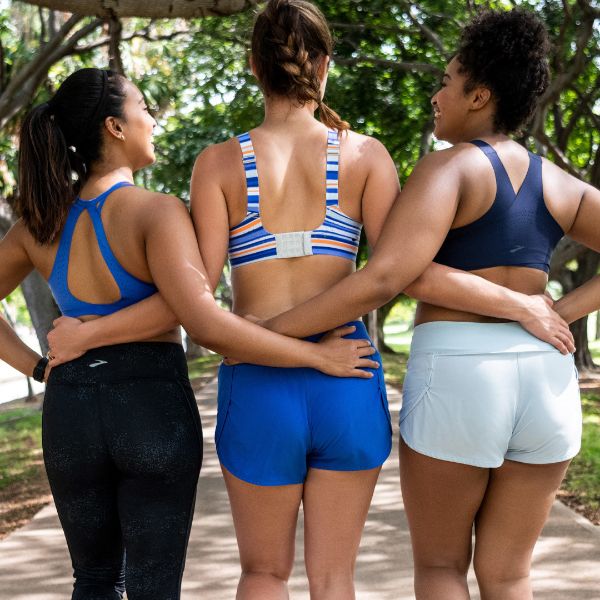 Female runners are familiar with ‘the bounce.’ This is the feeling of things not quite getting held down, the feeling of your body moving in ways it shouldn’t. It turns out that this bounce isn’t just uncomfortable, it’s actually leading women to compromise their stride–and slowing them down, as a result. A study out of the University of Portsmouth showed that wearing a bra that doesn’t fit right or isn’t supportive enough can cost women up to four centimetres of stride length. Over the course of a marathon, that’s like running an entire extra mile. 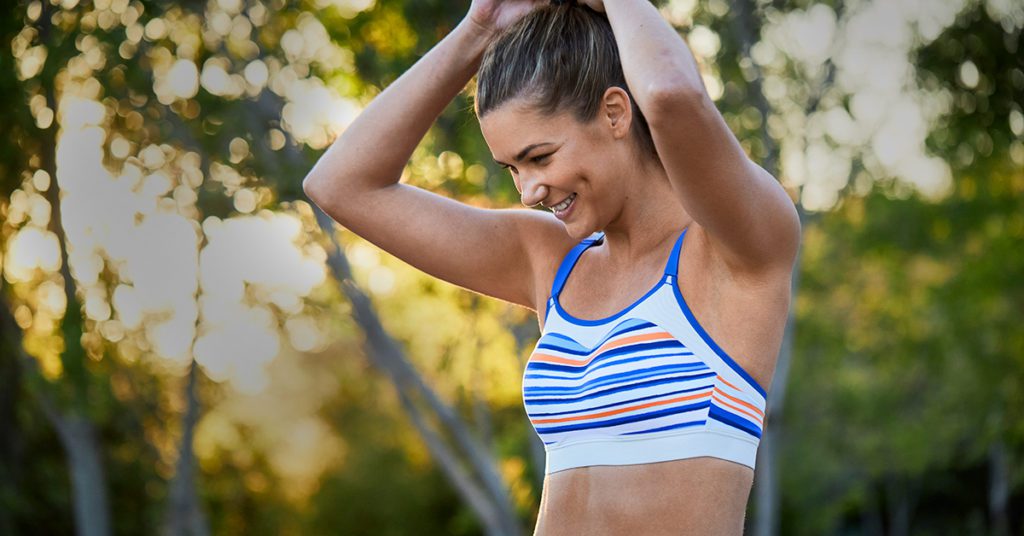 Brooks took it upon itself to solve this problem that so many women encounter and create the perfect running bras. With help from the University of Portsmouth, it studied how running affects breast motion. The company wanted to know everything it could to optimize design and support for a wide range of sizes. On top of science-backed research, Brooks went into the closets of 922 women who run, to find out exactly what the they’re looking for in a bra. They traveled to England, Germany and Canada to find out what women liked, what they didn’t, how they washed their bras and how they shopped. They also tested every new style on women who were B through E cups, to ensure that each style could be worn by anybody who’s heading out for a run. After years of research, tests, and interviews, here’s what Brooks came up with.

The Dare Collection, releasing Spring 2020, is the culmination of Brooks’ hard work. Its mission: to eliminate the hidden mile by creating performance-oriented running bras. These bras provide improved support, built-in shaping, high coverage and distraction-free design. The collection also does away with the concept of low, medium and high support: all of the Dare Collection bras are designed to support running.

The biggest issues that women identified in the bras they were wearing were: the on/off struggle, chafing, breathability, nipple coverage and big seams. Brooks heard the women they create gear for, and solved each problem in their newest line. 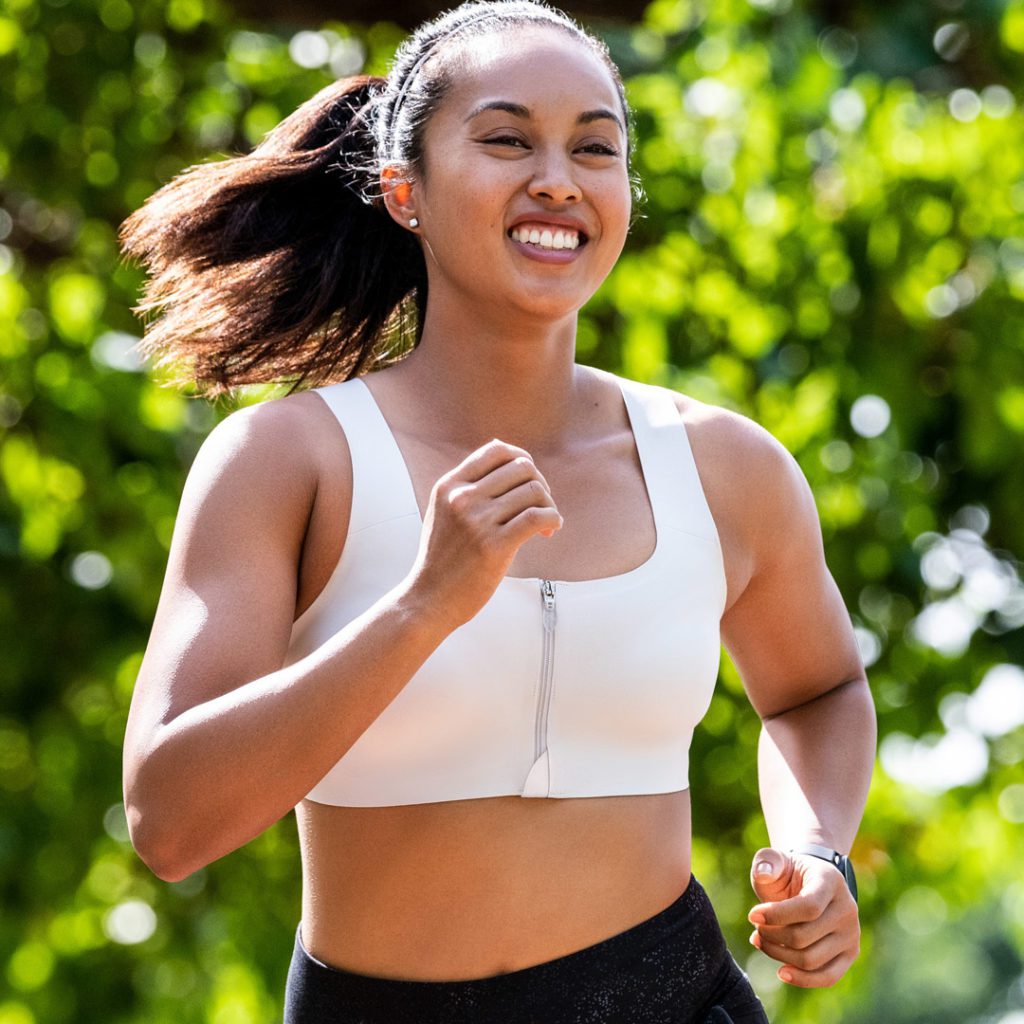 Struggle no more with tight bras that can only go on and off over your head. Brooks has designed running bras with adjustable back closures and bras with zippers in front. The Dare Zip Bra accomplishes exactly this with zippers for easy removal after a sweaty run. If you don’t like the look of the zipper, there are several styles that come without it. For the runner who wants easy removal, the Racerback Bra is also a good option, with adjustable straps in the front and a hook-and-eye closure in back.

Brooks discovered that chafing is largely a product of a bad fit, which is why it included adjustable straps to allow runners to get their fit exactly right.

‘Boob sweat’ is something that runners want to avoid. Brooks curbed this running-related annoyance with mesh panelling, perforated cups and strappy styles (meaning just as much support with less fabric). The bra for runners who prefer a little less coverage is the aptly-named Strappy Bra. 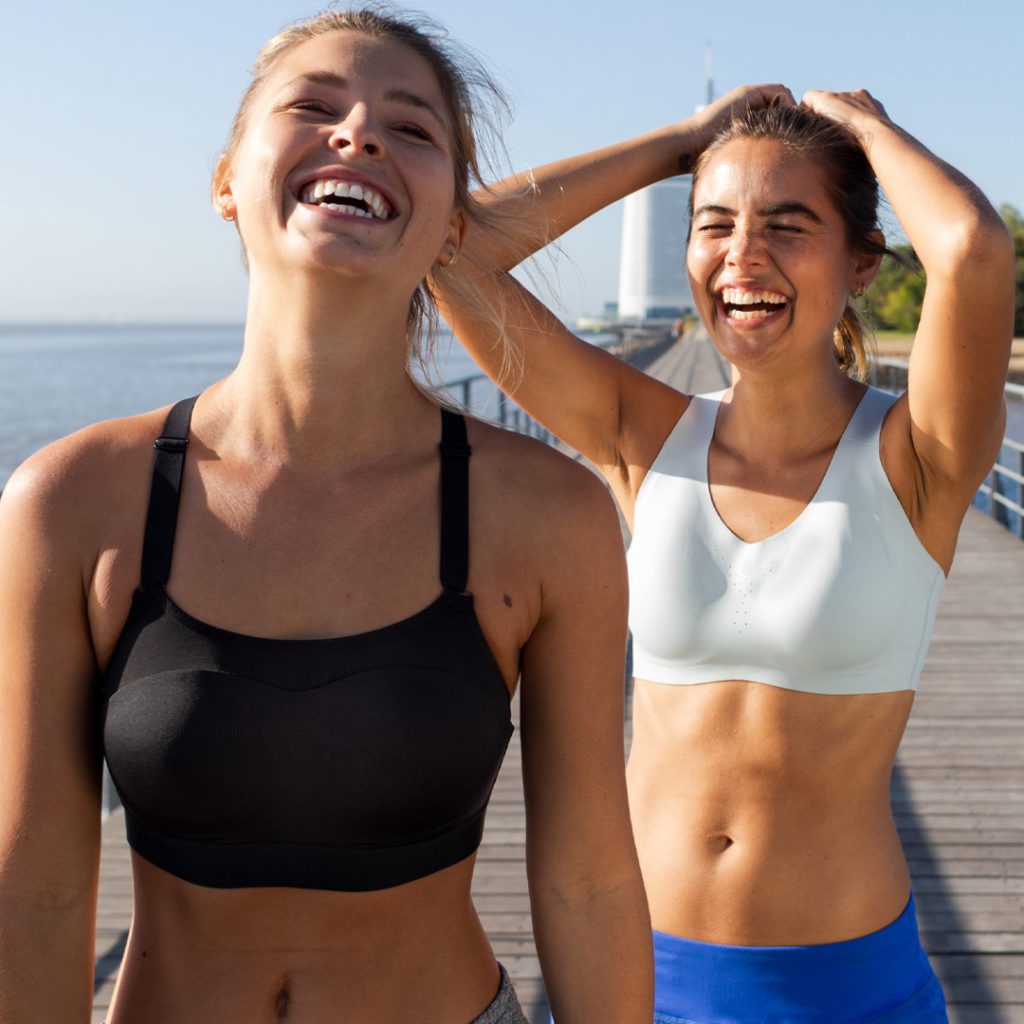 All of the bras have built-in moulded cups, so runners won’t have issues with revealing more than they’re comfortable with. These cups are also made of memory foam, so runners won’t feel like their padding is a force-fit as it will take the shape of their body.

Brooks glued (instead of stitched) their bottom seams so that what’s keeping you supported isn’t also causing irritation. The bras allow for a bigger range of motion and take away pressure and additional chafe points.

The full line up of Dare Bras includes: the Scoopback, the Racerback, the High-Neck, the Crossback, the Strappy and the Zip. For more information, visit brooksrunning.com.