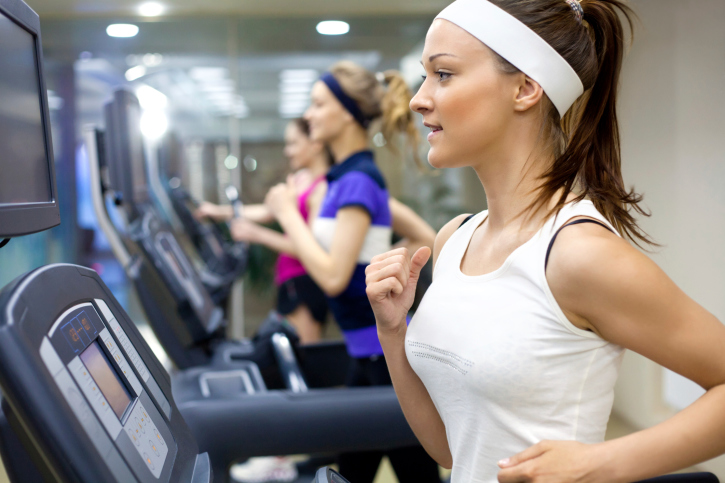 Like shovelling snow and wearing two pairs of socks, treadmills are an unfortunate fact of life during Canadian winters. You can use treadmills at the gym, but getting there in the snow and waiting 30 minutes before one is free can be an even bigger headache, especially during January and February when new year resolutions haven’t died off yet.

Buying your own isn’t a bad investment as long as you make sure to buy one that will last. If you’re set on owning your own treadmill, remember , like everything else, you will get what you pay for.

We’ve put together a few tips to buying your own treadmill.

You can get a pretty cheap treadmill, but don’t let the low price entice you. If you plan to run on a treadmill and you want it to last you won’t be able to buy cheap. There are a few different reasons for this, the most obvious of which makes itself known as soon as you see someone on one: they’re generally pretty small.

Cheaper treadmills are mainly meant to be walked on once or twice as week. They will not hold up to someone running on them, if you can even fit your running stride onto them.

Further, the motors in smaller, cheaper treadmills aren’t as strong and when turned up to a quicker pace will burn themselves out quickly.

As mentioned above, a smaller treadmill won’t have enough room to run on it. You need one with a larger base to accommodate the longer stride length. You also need one that’s wide enough for your arm carriage.

This is one of the first reasons you really should test out any treadmill you plan to buy. As much as they may look pretty similar, the dimensions can vary slightly from model to model and making sure your body fits on the treadmill you’re buying is important. You shouldn’t have to alter your stride at all. Make sure your feet aren’t too close to the front of back of the deck.

Think about where you live

How much space do you have to fit this treadmill into? If space is an issue, you may want to consider a folding treadmill, in which case you’re also going to want to think about how heavy it is. Some can be surprisingly tough to fold back up.

Also, consider noise. If you’re in an apartment (though many have gyms for use already), a noisy treadmill in your room could certainly be an annoyance to others. Even if it’s a detached home, think about when you’ll be using it. Maybe some of your family will be trying to sleep when you’re wanting to fit in a run.

Steeper prices also sometimes mean steeper inclines. If you’re going to be doing a lot of training on this treadmill, you shouldn’t neglect hill workouts. Not all treadmills come with the same incline settings. You will want one that will at least allow a setting of up to 10 per cent. There are treadmills that exist that allow up to 40 per cent inclines, but one that reaches 15 per cent should be more than sufficient for most training.

Overall, make sure you try the treadmill before you buy it. It’s an investment and you want it to last you for a long time. You’ll have to spend a decent chunk of money to get one that will hold up to regular running, so put some thought into the decision.