Earlier this year, World Athletics announced there would be new shoe rules. These new rules stated that on the track, spikes may not exceed a 25 mm stack height, and on the road, the upper limit is 40 mm. Until recently, no shoe had broken WA’s rules, but last week Nike announced a shoe that does. Insiders at New Balance have also confirmed that they’re releasing a trainer this spring that will do the same. 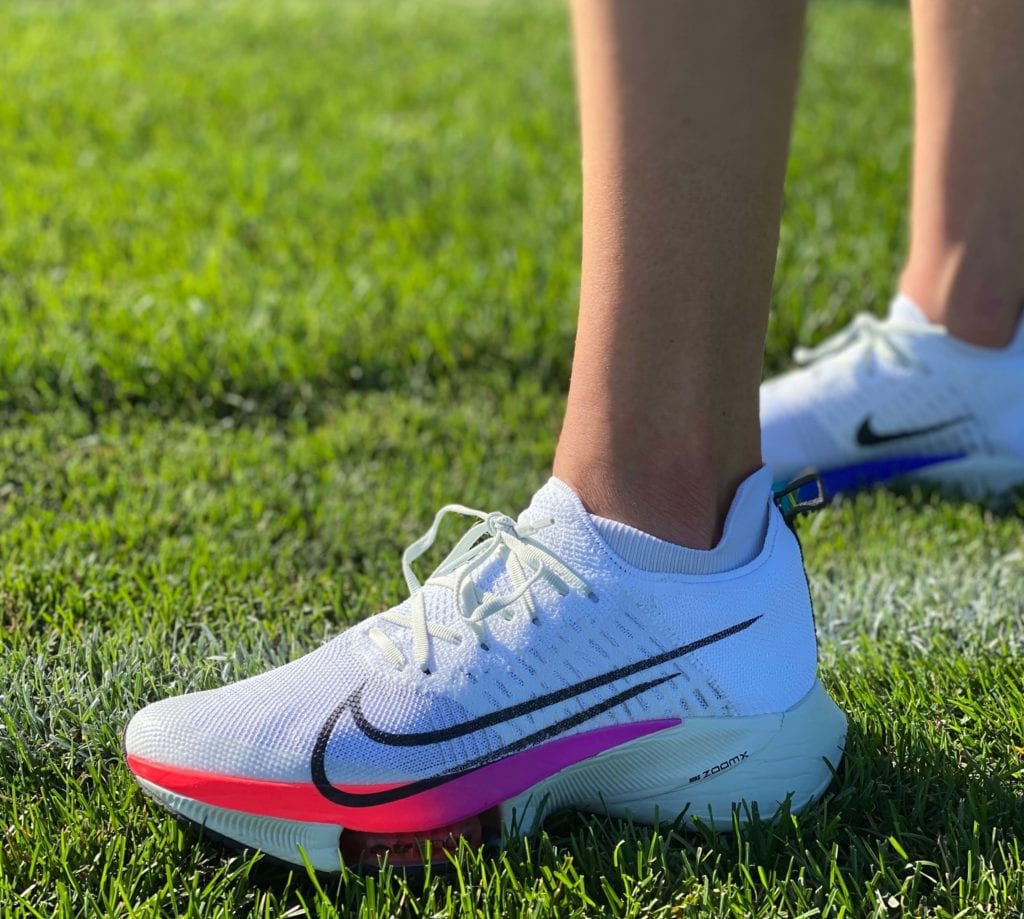 You can train in these shoes, not race

Nike has done this with the women’s version of the Nike Tempo NEXT%. The men’s stack height sits at 40 mm, but on the women’s side, the shoe comes in at 42 mm, making it non-compliant. However, Nike points out that this is a shoe designed for training and not for racing.

New Balance is doing the same thing with the second version of their FuelCell TC. They’re still testing the shoe, but the plan is to launch for spring 2022. It’s taller than any other shoe they’ve made, and carbon-plated. The idea is that it will be both highly protective and propulsive – a dream for training on the road.

Both of these shoes will provide runners with the feel they love in their racing shoes, with added cushioning and more durability that’s geared toward training.

A new twist on an old concept

Runners have always had shoes to race in and shoes to train in, but never before have they had shoes they’re not allowed to race in – this distinction is what makes these new shoes particularly innovative. Many runners assumed that the new WA rules would put an upper limit on all stack heights, but shoe companies have taken that limit and continued to push forward with their trainers.

While a few millimetres doesn’t seem like a massive difference, it opens the door for companies to continue to get creative and build up if they choose. While shoes with springs won’t ever be allowed (sorry, Enko), runners will likely see training shoes continue to rise in height.