Similar to how on the Oscar red carpet, celebrities are frequently asked “Who are you wearing?” we are curious to know what shoes the elites of the running world are pounding their Ks out in. Here are some of the favoured kicks of your favourite elites. 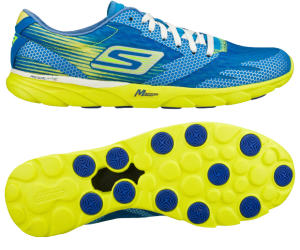 Meb Keflezighi won the 2014 Boston Marathon in a time of 2:08:37 while wearing these shoes, which are named after him. Rather than traditional soles, the shoes have rubber “pods” on the outsole. The shoes will be available in the fall of 2014. 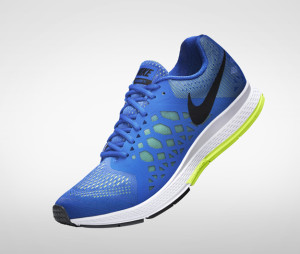 Nike’s latest update of the Pegasus was designed with Mo Farah’s input. Mo looks for a neutral shoe that can withstand his five-foot five and 125 pound frame pounding 100 plus mile weeks. The drop sole is 10 millimetres, which is lower than previous models. The sole is designed with Nike’s “Zoom Air” unit, which allows give to the heel when you land, but then a snap back to propel your foot forward on the toe-off.

These are American marathoner Ryan Hall’s preferred distance shoes. These kicks weigh only 5.9oz and are designed with a seamless upper to enable sockless wear. Top Canadians Lanni Marchant and Natasha Wodak are also fans. 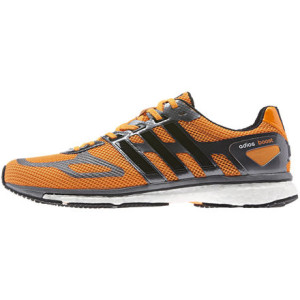 Wilson Kipsang set a new world record of 2:03:23 at the Berlin Marathon last fall while wearing these 7.8oz shoes. The Boost technology added to the beloved Adios provides a 15 per cent increase in energy return from the previous model. 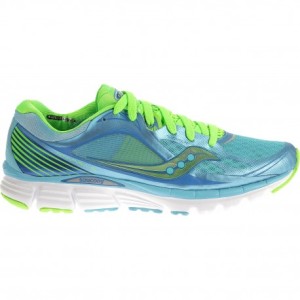 This shoe is the choice of renowned vegan ultramarathoner and author of Eat and Run, Scott Jurek. The shoe has the ability to go from road to trail seamlessly. The shoes are approximately 9.9oz (8.1oz for women’s). 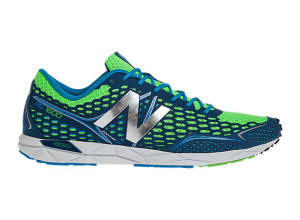 This is a lightweight marathon flat, weighing only 5.8oz. Canadian Olympic marathoner, Reid Coolsaet, is a fan.