ASICS has released their newest version of Kayano, the 27. This is one of ASICS legacy models (it has been around since 1993), a shoe that keeps runners coming back to the company year after year. This shoe offers a unique blend of comfort, stability and durability–everything runners are looking for in a distance shoe. The Kayano is one of the company’s stability shoes, meaning there’s a firmer foam built into the medial side to prevent overpronation.

Stability begins in the upper with the Kayano 27. Their Dynamic Duomax technology helps prevent an inward roll, starting at the collar and working down to the midsole. The Duomax technology is reinforced by a TPU heel for motion control. Beyond the reinforced collar, the upper is primarily engineered mesh with added space between the fibres to increase breathability and decrease weight. The sock liner is also notably soft, making for a comfortable ride.

The Kayano midsole has a lot going on. The shoe begins and ends with Gel technology, designed to help runners move naturally and reduce the shock of landing. Next comes ASICS’ classic FlyteFoam Propel midsole, which is their lightest midsole material yet, with just as much energy return. Despite being a stability shoe, this model focuses on natural movement with their Impact Guidance System, which is designed to enhance the gait.

Like most companies, ASICS is taking a gender-specific approach to shoes. Women’s shoes were once narrower versions of their male counterparts, but now, there have been small changes made to the cushioning and drop to accommodate how women run. The tread on the men’s shoe is different from the women’s model. For the men, it gives more support toward the arch, whereas for the women, the added support pushes the runner forward. High-abrasion rubber is also used at key touch points to extend the life of your sneakers. 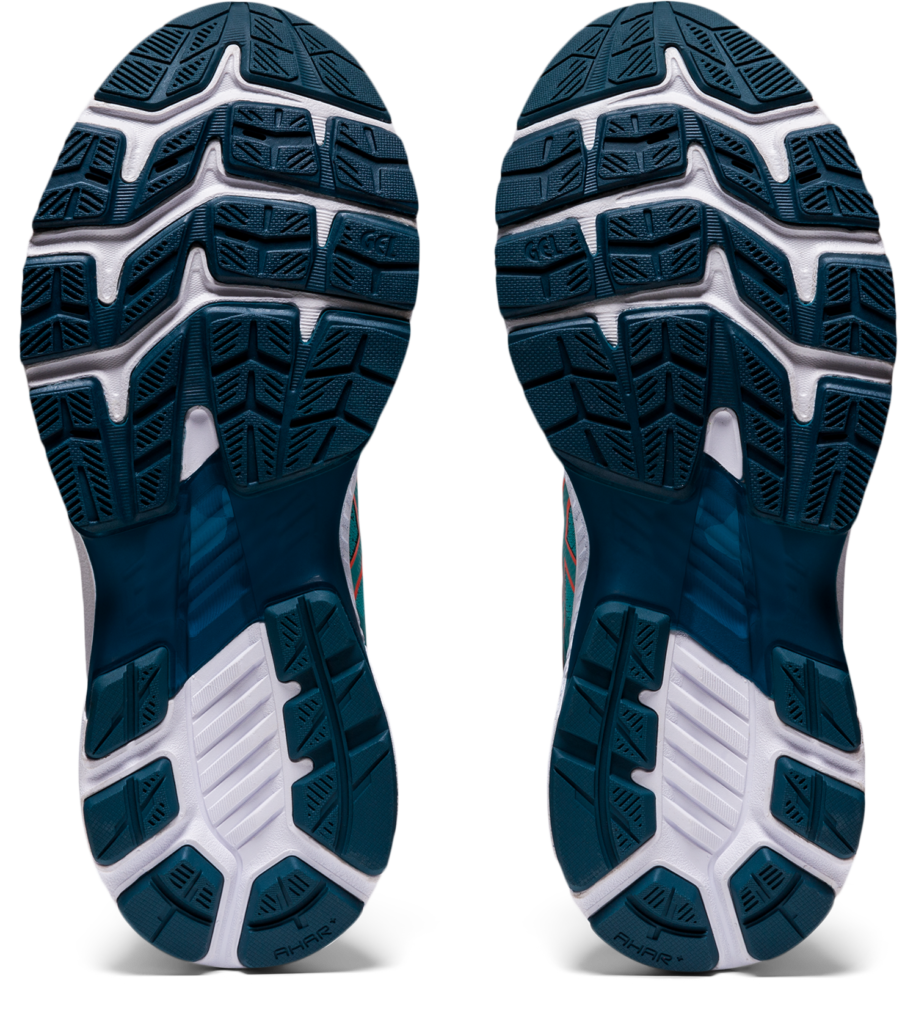 There are no major changes from the 26 to the 27. Instead, there are small alterations that make a big difference over the course of a run. The women’s shoe is lighter than the 26, while simultaneously more cushioned, which comes from the additional 3 mm of extra heel height. While the rear of this shoe will be very stiff (thanks to the TPU heel counter and Duomax technology), the forefoot should move naturally because of the of deeper flex grooves in the outsole. The upper has also been reengineered to hug the foot where needed (mid and rear foot) and let it move naturally with more give provided at the front of the shoe. The Kayano 27, with its small tweaks, is sure to satisfy any ASICS devotee.