Nike is striving to solve a problem that plagues all runners: injury. Their newest release, the React Infinity Run, is designed with injury prevention in mind and comes out Spring 2020. This shoe takes everything the company has learned from shoes like the Next% and Zoom Structure and utilizes those findings their latest shoe.

The shoe is higher, wider and more durable than Nike’s first version–the Epic React. The idea behind this is to provide a wide base so all runners (those with a neutral stride and pronators alike) can wear the shoe. The high level of support comes from an increased amount of React foam and a TPU clip on the inside and outside of your foot. These modifications replace the posting (extra built up foam on the side of the foot) that is in most stability shoes–and where the extra support comes from. The increased rocker and tighter grooves on the outside of the foam propel the runner forward to improve the overall ride.

The outsole has also been updated. The first version of the React had almost no blown rubber (the material primarily responsible for traction) but their latest drop has a full tread. This shoe is able to withstand between 600 and 700 kilometres of wear, much higher than the company has promised before. 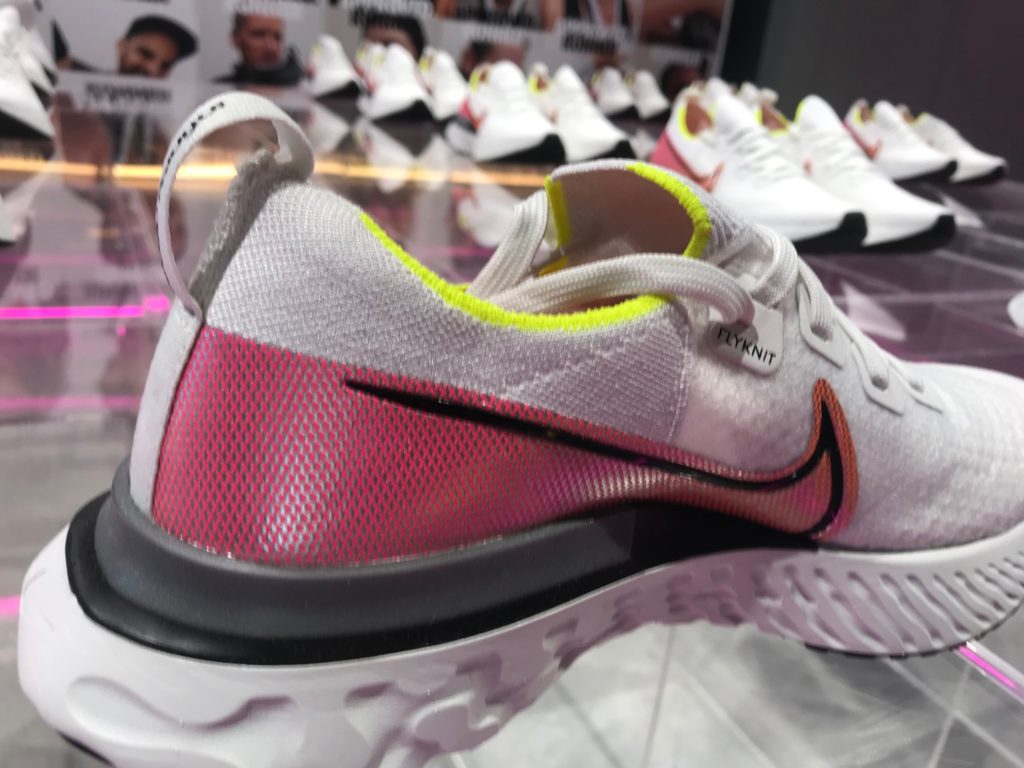 Nike has created this shoe in hopes of solving the injury problem, one they feel has been under-considered by shoe companies. Brett Holtz, Vice President of Nike Running Footwear said on Wednesday, “We want to get runners to the start line and this is done by reducing injury in all runners. That’s our goal with this upcoming Spring line.”

Nike questioned the idea of motion control shoes that are sold to runners who tend to pronate when they run. They asked if the shoes had technology that was helping to prevent injury or just preventing pronation (because those aren’t the same thing.) They ran a study of over 200 runners who completed a 12 week training programme that culminated in a half-marathon. Half of the participants ran in the React Infinity, half ran in Nike’s stability shoe the Zoom Structure. Of those participants, the Infinity reduced injury by 52 per cent. While this was only one study, the company believes they’re onto something. 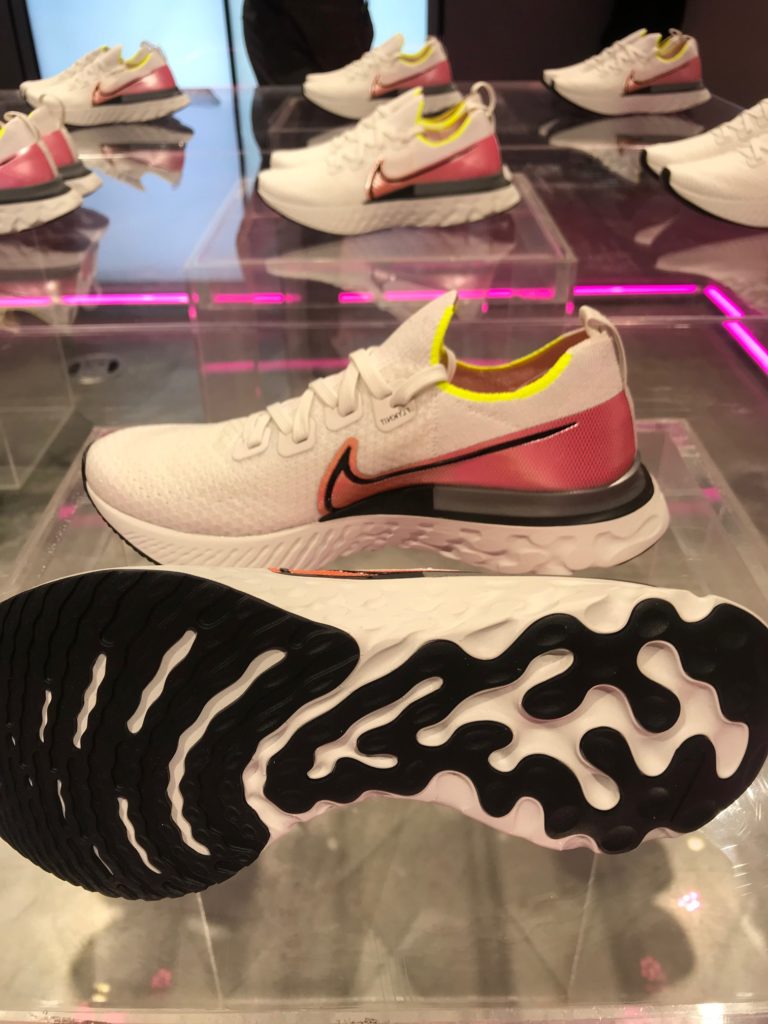 There are so many things that can cause an injury, but the right shoe is a good prevention method. As Nike continues down this road of examining injury prevention, it’ll be interesting to see how their shoes change.

Marielle Hall and Bernard Lagat are two Nike athletes and Olympians who endorse the shoe, but they also acknowledge that injuries come from many places. When it comes to prevention, they recommend focusing on consistency and listening to your body. Lagat, who’s a multi-time Olympic medallist said paying attention to how he feels is how he’s remained so consistent in his training. “I have my body dictate everything and change what I’m going to do based on how I feel. You have to listen and be willing to change the plan.”

On first wear, the shoe are significantly firmer than the Epic React–a welcome update. The TPU clip around the outside of the foot is also noticeable but not uncomfortable. It’ll be interesting to see how these shoes hold up after lots of use, but they look and feel great after a couple days of running.