Fitbit added its newest member to their growing roster of fitness trackers on Tuesday with the release of the Fitbit Blaze– the fitness gadget that is supposed to be trendier, smarter and easier to use.

The company which has become one of the major player in the fitness tracker industry has used their knowledge of what athletic users want in continuing to evolve wearable fitness tech. The result is the Blaze and it comes with many new features sure enough to satisfy runners or those who are participate in several forms of physical activity.

With the new Fitbit Blaze, runners will see the company’s first high resolution colour touchscreen on the device. As 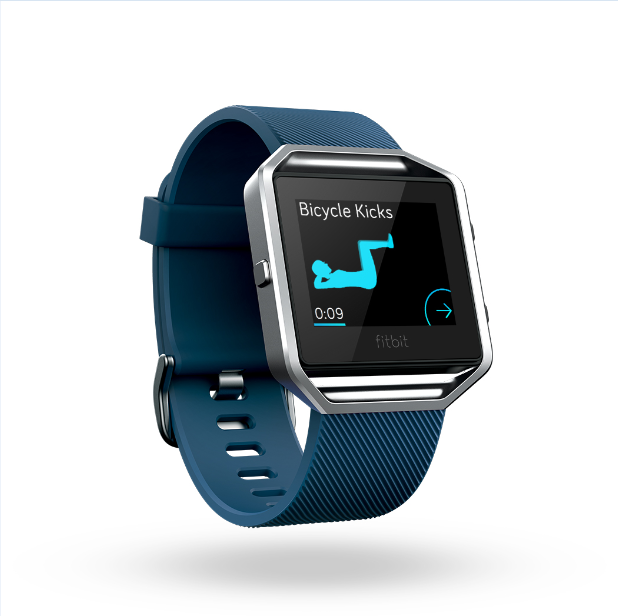 well, they will be able to participate in motivating guided workouts using FitStar’s three most popular sessions. Workouts are delivered with audio as well as through full colour animation making it easy to follow along.

Style was a major focus when coming up with the design for the Blaze and this time round, Fitbit is giving users a slick design with different clock faces to suit different preferences, it’s slimmer and comes with different coloured bands.

Those who use the blaze in the early days will get to choose between black, blue and plum but more colours will be released later in 2016.

“One of the first things we learned in this industry is that fitness is personal – and if something isn’t your style, you won’t wear it,” said James Park, CEO and Co-Founder of Fitbit in a press release. “With Fitbit Blaze, we pushed the boundaries of what’s possible to create a beautiful, versatile device that can be customized to fit your personal style – while packing a powerful fitness punch to help you reach your goals.”

Park also says that the features were carefully selected and designed to motivate and give an experience that is more effortless and useful with guidance and coaching. The SmartTrack feature is one such example. It recognizes the type of exercise differentiating between constant motion (like running and cycling) and other types of cardio (crossFit, dance, etc.).

The Fitbit Blaze is available in Canada for pre-order on Jan. 5th and 6th online and in retailers like Best Buy, Indigo and London Drugs.