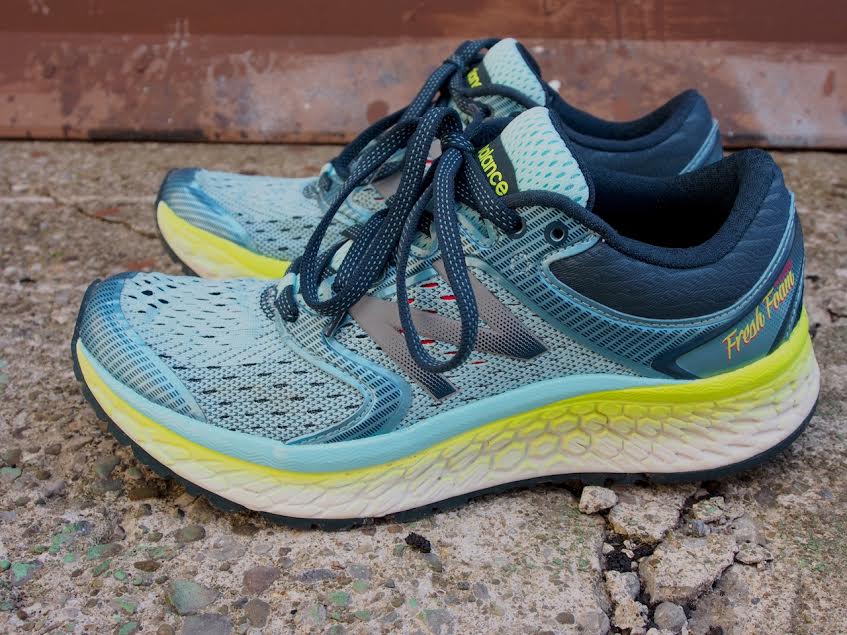 When the newest version of the New Balance 1080s arrived this year, we were curious. Last year’s model saw a major update where the brand decided to switch out their classic, more solid EVA foam to replace it with their iconic Fresh Foam material. This resulted in a softer, cushier support system and one that many neutral runners were a fan of. While the solid old model focused mainly on function, in 2016, this shoe got a major makeover. New Balance refined the look making it, well, prettier, more sleek and more in touch with the styles of 2017.

After such a major shift from the 2015 to the 2016 model, we were expecting a more subtle update for this year’s shoe. When we opened the shoe box last month, that’s exactly what we saw. The Fresh Foam 1080 v7 is a tweaked version of last year’s shoe with a slightly narrower toe box, an adjusted sole, and a hot-spot free upper. And of course, with first impressions comes looks. And since the popularity of athleisure has set a new bar for all athletic wear, chunky, frumpy shoes are just not going to cut it anymore– no matter how functional. Style-wise we felt like the colours pop on this one with a nice yellow-blue blend and slight hot pink accents. It’s got an interesting look but if this is your everyday running shoe, it’s also not so overpowering that it will clash with your favourite gear either.

Okay so let’s get into the technical details. Starting with the shoe’s upper, we see a nice, roomy toe-box which is ideal for runners who have a slightly wider foot or like a little extra room for toe splay. If your toes are feeling just a bit too cramped in other styles (or if you’re prone to getting black toenails) this pair could do you wonders in that regard. It’s worth noting that this year, New Balance has slimmed the front of the shoe just enough so that it’s still roomy without being clunky or cumbersome. 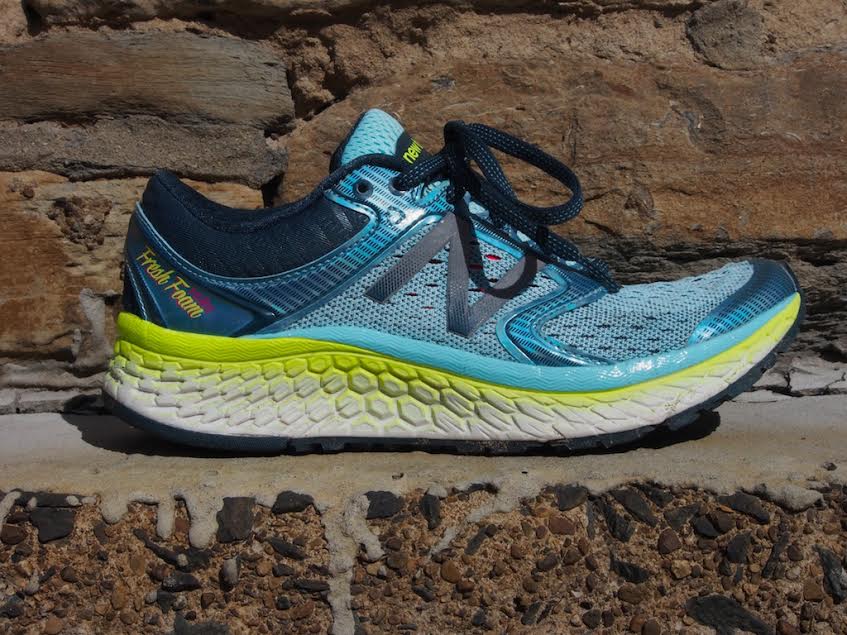 Slipping the foot into a pair of the 1080s, runners will immediately notice that they’re comfortable and free of hot spots or large seams. The tongue of this shoe is attached a small piece of fabric which works well to avoid uncomfortable chafing or blisters. Wearing this shoe, runners can feel secure knowing that possibility of irritation has been minimized as much as possible.

The mid-sole is probably the feature that earns the 1080 most of its bragging points. It’s light and bouncy and feels cushy underfoot– yet it’s not TOO cushy where it feels like you’re running in your slippers. In other words, this one is designed to feel comfy but it’s still going to support runners as they put in serious mileage. If the dense EVA foam felt a little too rigid, well, this is a better compromise. Looking at the midsole, runners will also notice that it gets wider towards the bottom. What does that do? It means that if you have a tendency to pronate a little, the midsole will work to correct that mid-stride.

Flip this pair over and look at the bottom. You’re going to notice here that the entire sole consists of blown rubber outsole. That’s great for two reasons: one, it makes the shoe more durable. It means that this model is able to stand up to the wear and tear you’re going to put on them especially if this is a go-to pair for everyday runs, long runs, or, if you’re in an urban setting, running on hard surfaces. 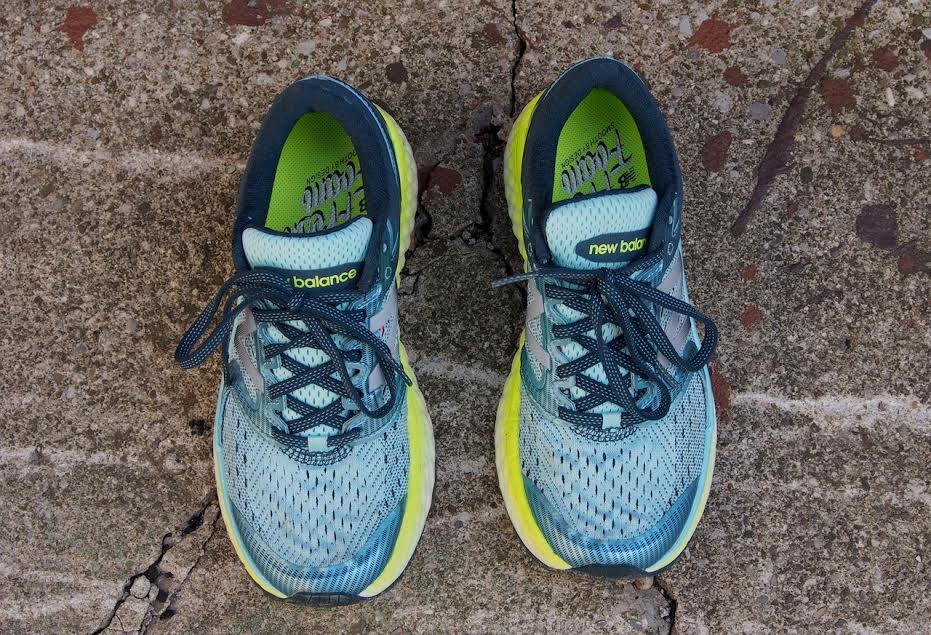 What we loved and who it’s best for

When the Fresh Foam Zante’s came on the market, it seemed that every runner had a pair. The Fresh Foam idea has been quite a popular one: it’s spongey, and adds a bounce to a runner’s stride. For those who prefer neutral or stability shoes though, it can also feel a bit too soft. But if feather-light sneakers just don’t work for you, these neutral shoes are a way to test out this spongy, springy material while still feeling confident that you will get that support you need. The 1080s are going to give you that bounce in your step but they will support your body from the first kilometre to the last– even on your long runs.

We also loved their durability and versatility. We’re worn these through all seasons of the year, in varying conditions and at runs ranging from a quick 5K to a more substantial 22K run and felt that it held up for both. It quickly became a go-to neutral shoe for us and we feel that it’s suitable for a variety of training runs.