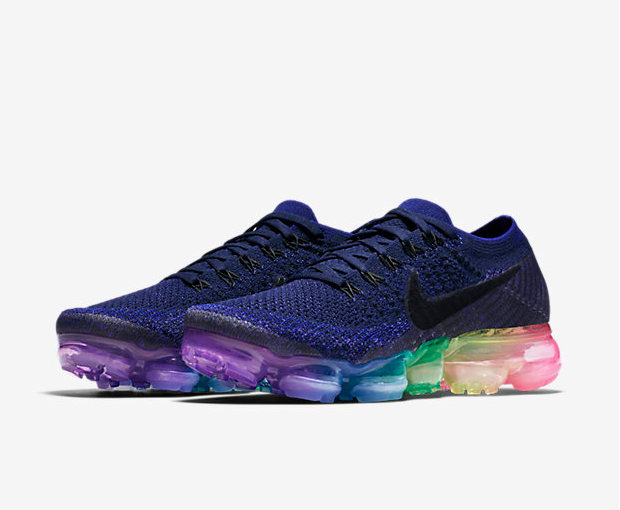 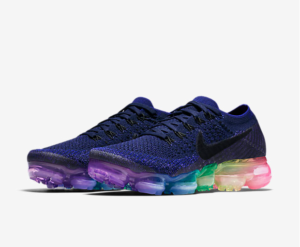 On time for many of the country’s Pride festivities, Nike’s BETRUE campaign sets out to celebrate the LGBTQ community in sports. The running apparel giant has come out with a line of rainbow-coloured footwear as a nod to the official flag of the LGBTQ community.

The colours on their shoes, Nike explains, is inspired by the iconic 1978 Pride flag which has become a powerful symbol in the LGBTQ community.

“Nike stands together against bigotry and any form of discrimination. Inspired by the LGBTQ community, Nike presents the 2017 BETRUE collection to celebrate the pursuit of sport by all athletes,” reads the brand’s website as part of their statement for the new line.

This is the sixth annual collection which initially began as a grassroots effort within Nike. Now, runners from all over can sport a pair of these kicks during the various pride races that happen across Canada and the U.S.

Several major Canadian cities host races during Pride month to show their support for those who identify as LGBTQ. Edmonton’s Pride race already went ahead and Toronto’s 5K race through the city’s Church and Wellesley neighbourhood is happening this coming weekend.

“We’re proud to come together to celebrate diversity on and off the field of play,” says the message in a recent post on Nike Toronto’s Instagram page.

The Nike VaporMax, Pegasus, Flyknit Racer and Cortez all feature rainbow colourways in honour of Pride.

TOGETHER IS HOW WE BETRUE. – IN Run Crew gears up for equality in their BETRUE Nike Air VaporMax. We’re proud to come together to celebrate diversity on and off the field of play. The 2017 BETRUE Collection is now available at Nike Running Toronto Eaton Centre. – #betrue #equality #niketoronto #nrctoronto #INRunCrew

The VaporMax shoes are currently sold out on Nike.com in Canada. Though for many, that may mean that they won’t be able to get a hold of a pair on time for their Pride races or events, their popularity is likely a good sign for those in the LGBTQ community.