The Adidas Ultraboost 20 is the successor to the very popular Ultraboost 19. This shoe was designed with performance in mind and their updates reflect this direction. The Ultraboost is a neutral trainer and a shoe that runners should consider adding to their line up. 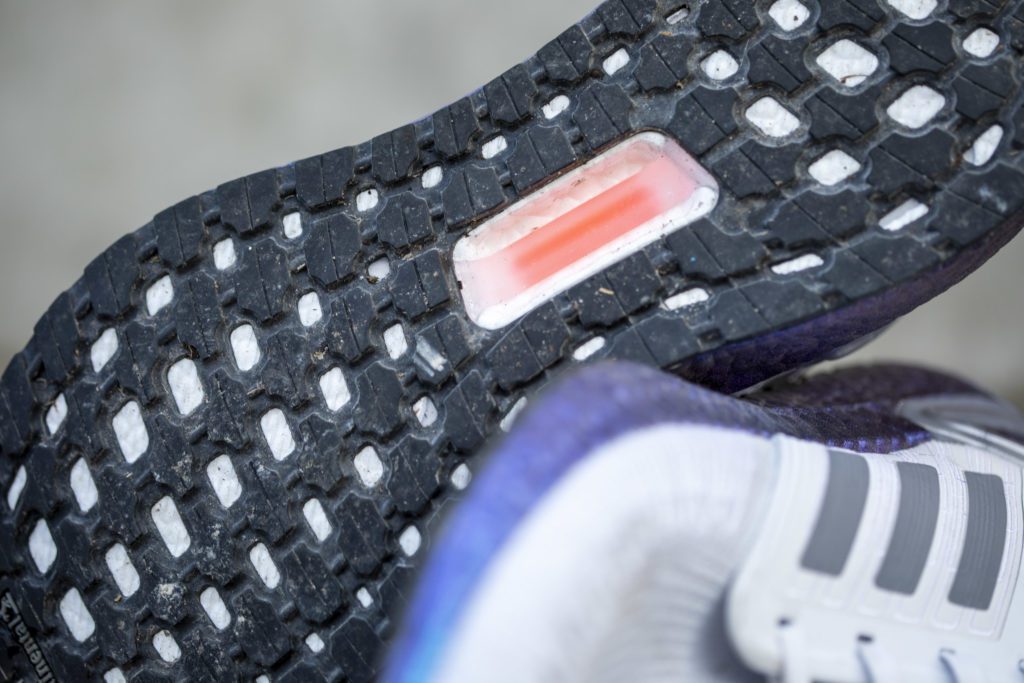 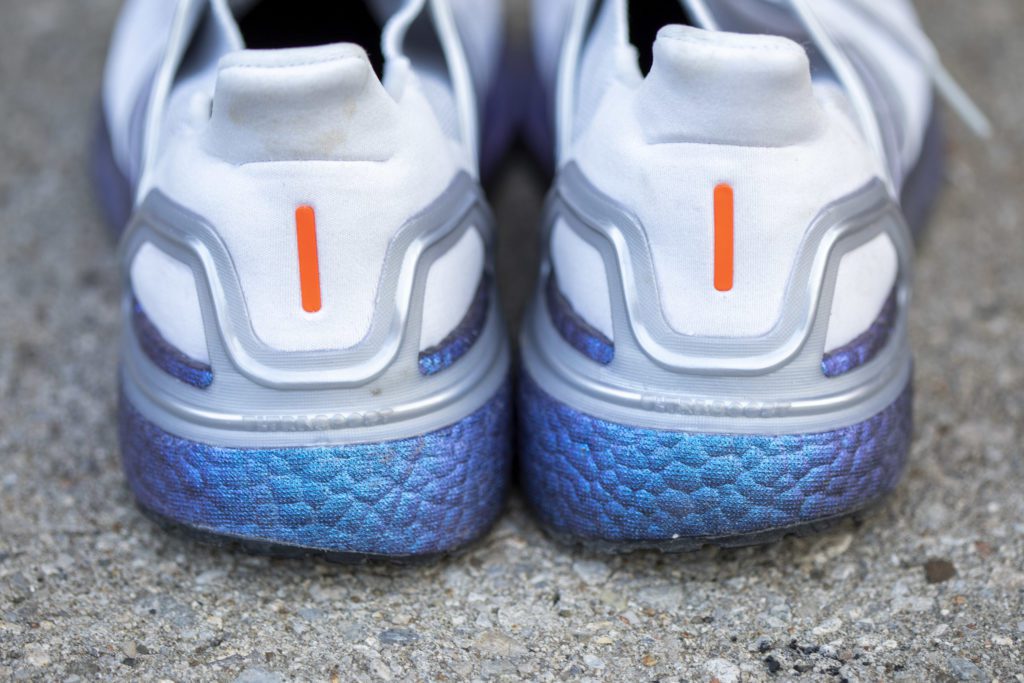 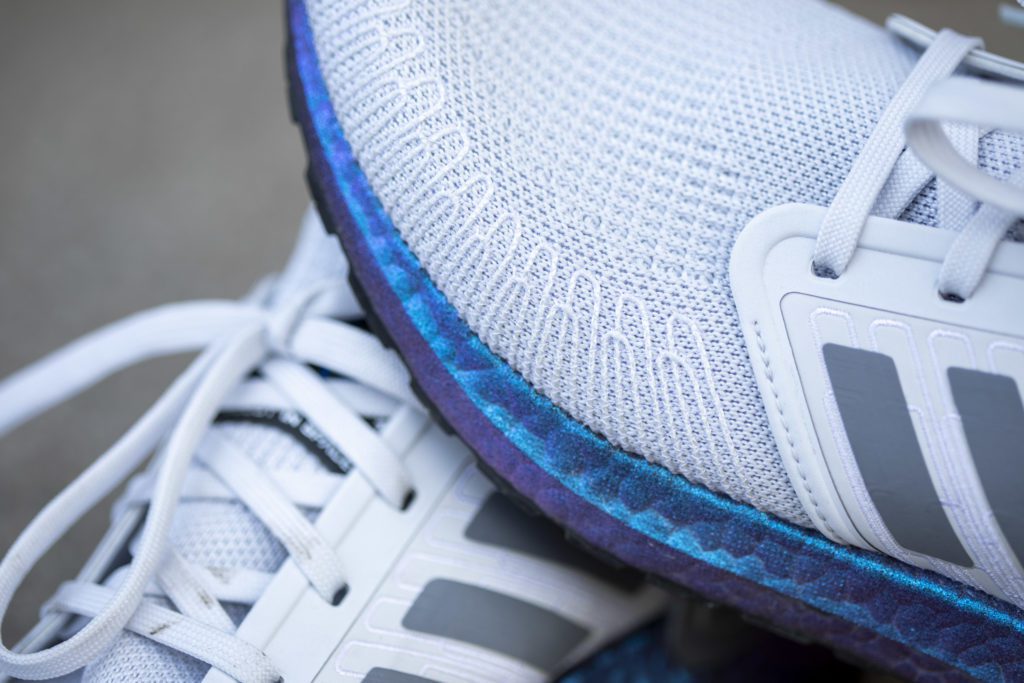 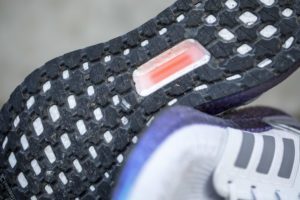 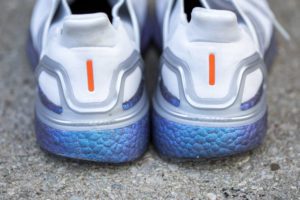 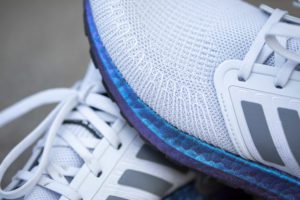 The biggest updates that have been made to this shoe are in the upper. The footbed is a little narrower than in previous models, the mesh is a little tighter and the heel counter is stiffer. All of the changes have been made to keep the runner’s foot in place and allow them to go faster in the shoe. The Ultraboost 20’s tighter knit means two things: less give and more durability. The stiffer heel counter (which is made of a thicker plastic than was found on the 19) serves a similar function, promoting durability in the shoe and stability for the foot. Finally, the neoprene collar around the heel adds to the overall comfort level. 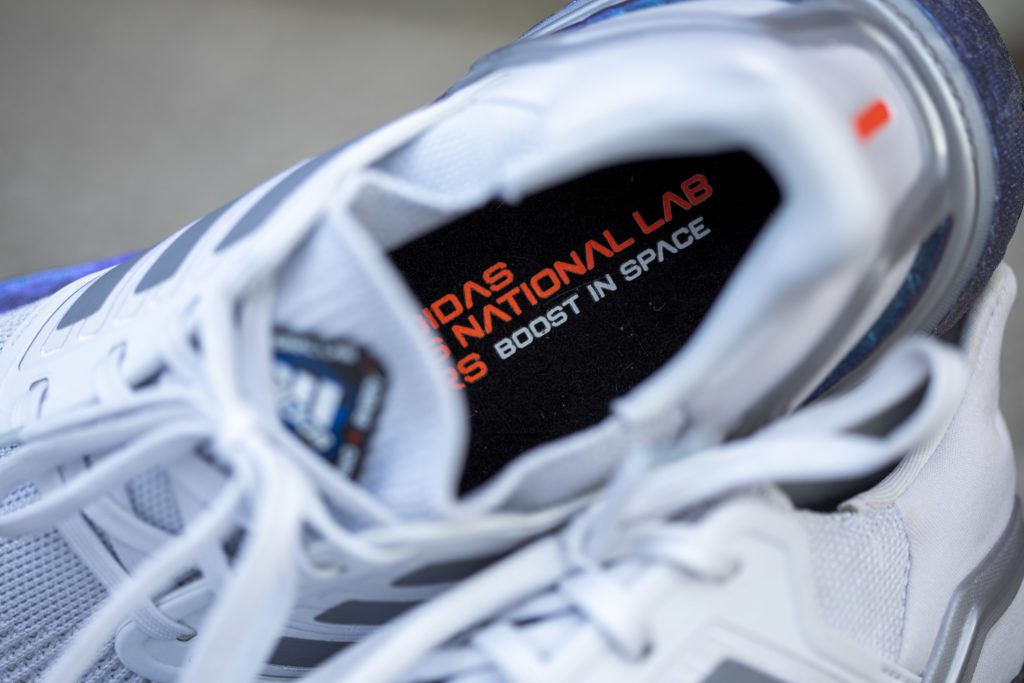 The outsole remains Adidas’ signature Boost foam. Boost, which made its first appearance in Adidas shoes in 2013, is made of TPU beads that are expanded to form closed cells around tiny pockets of air. This is what makes the shoe particularly comfortable, durable and flexible. This isn’t a shoe that you wear on your speed or interval days, but it’s a great neutral trainer for runs when your legs are feeling a little beat up. 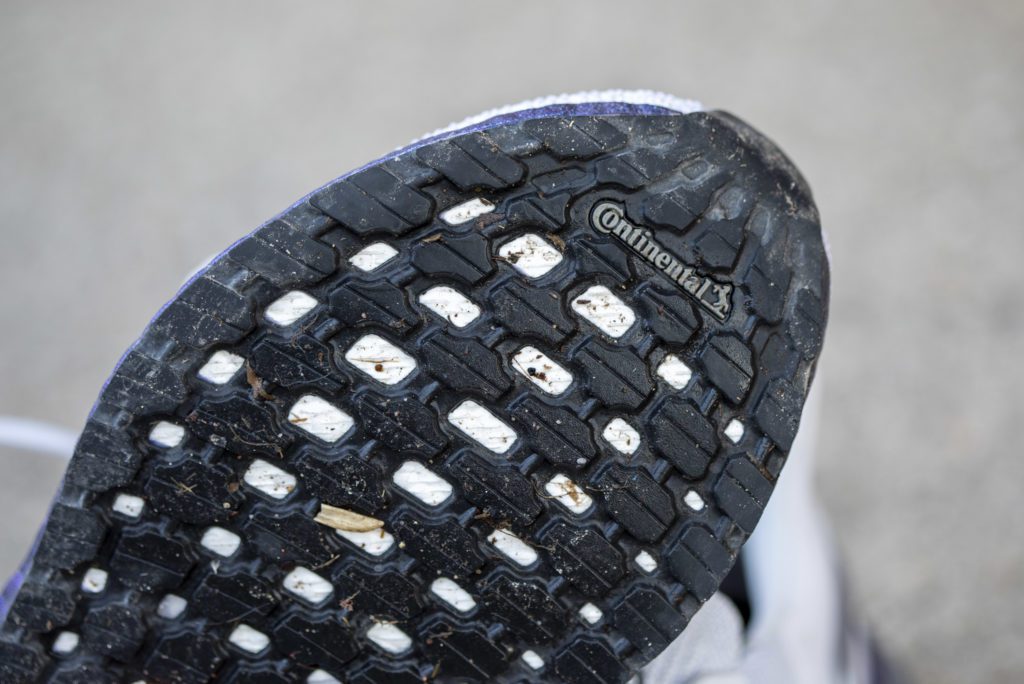 The outsole on the Boost 20 is made of the same rubber as Continental tires, making them especially durable. The stretchweb outsole is one of the best features of the shoe. This was put to the test running on a slushy winter day and the shoes gripped the sidewalk exceptionally well.

The Ultraboost has captured the attention of the sneakerhead community, so the shoe’s look has become almost as important as its function. Adidas really played into this with their latest release. The Boost foam has the option of an iridescent coating on the midsole and the upper comes in over 15 different colour variations, so if you’re into how your gear looks just as much as how it runs, you won’t be disappointed.

If you’re in the market for a new trainer, the Boost has a lot to offer. It’s a comfortable shoe, and when paired with another Adidas model like their new carbon-plated Adizero Pro, you’ve got a great team.