The ENKO G4 is the first shoe of its kind. In the age of plush foam technologies such as HOVR, Everrun and Boost, ENKO has gone in a bold direction and created a shoe with bike shocks in the sole.

The spring-loaded shoe is designed to be the best (and most innovative) cushioning that a runner can get.

The shoe features a comfortable upper that is soft and adaptable. The detailing on the shoe is a combination of mesh and leather. The mesh is the actual boot of the shoe, and the leather reinforces the toe and heel counter. The ENKO G4 includes two settings options: ‘walk’ and ‘run’, as indicated on the outside of each shoe. This is to indicate which setting the wearer is using. The walk setting keeps the spring loaded, whereas the run setting allows the spring to release. You change the settings by lifting your heel and pushing the lever forward to ‘run’ mode.

ENKO is a French-Italian brand that has made a revolutionary cushioning system, designed to deliver the highest level protection a runner can find. The shoes have shock absorption of up to 25 mm thanks to the spring attached to the sole. More traditional shoes typically cushion a runner’s stride on three to five millimetres of sole compression.

ENKO shoes are also the first to match the weight of the runner. ENKO offers seven different levels of cushioning, corresponding to seven weight categories ranging from 45 to 115 kilograms. 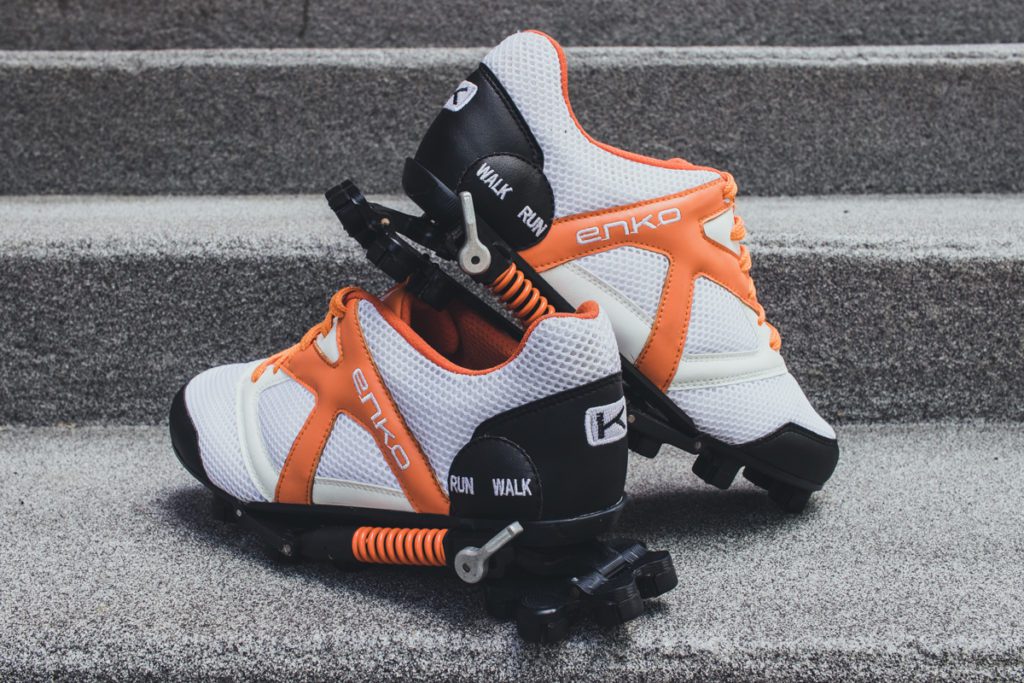 The ENKO G4 is suitable for a pronator, supinator or neutral runner.

The G4 stores all of the energy from your stride and gives it back to you as you move forward, making it a racing assistive shoe. According to the IAAF, “Athletes may compete barefoot or with footwear on one or both feet. The purpose of shoes for competition is to give protection and stability to the feet and a firm grip on the ground. Such shoes, however, must not be constructed so as to give athletes any unfair assistance or advantage.”

The ENKO G4 had a studded sole and is intended for use on roads or hard-packed surfaces. Because of the studded sole, the shoe isn’t ideal for trail or rough terrain. ENKO shoes boast a 2,000 kilometre lifespan, which is much longer than more traditional shoes, that last around 500-600 kilometres. ENKO shoes are warrantied to such distance. The studs of the shoe are also replaceable if broken. 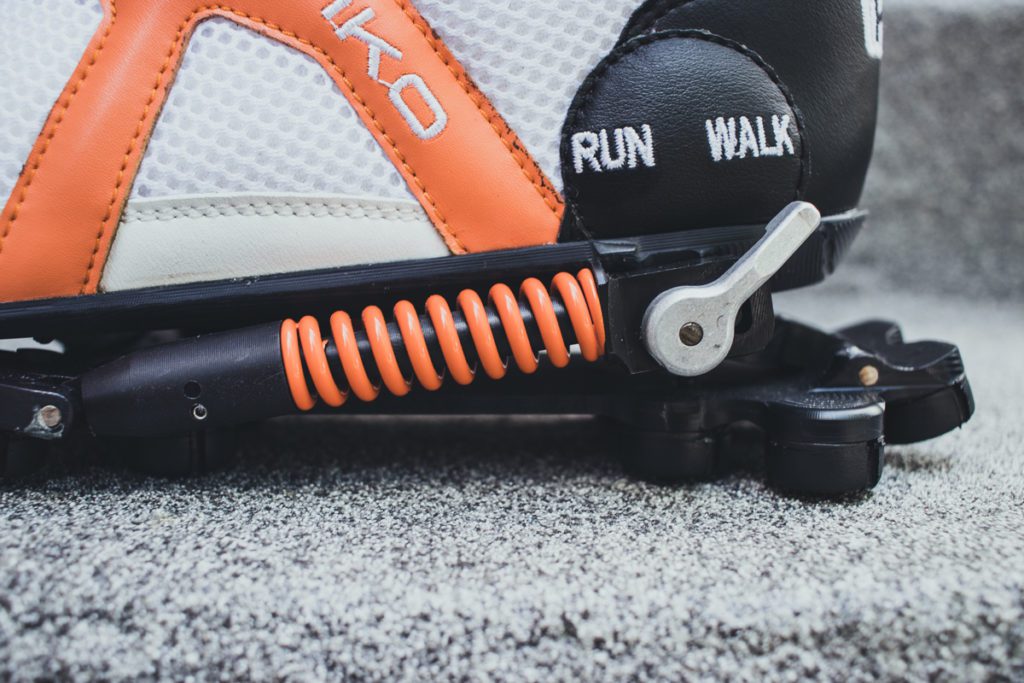 It makes sense that the shoes come with a warranty, as they retail for $492 CAD. But if you’re a runner who has struggled with injury, this revolutionary cushioning system might be worth it for you.

Initially, the shoes felt awkward to walk in and were unlike anything I’d ever seen before. But as soon as I started running, I liked them. The spring in the shoes gives you a noticeable boost while running, and the transition from mid-foot to fore-foot is smooth. On hard-packed surfaces, the studs weren’t noticeably different in feel from more typical outsoles. These are an ideal long-run shoe, especially when your legs are a little tired and training is feeling strenuous. 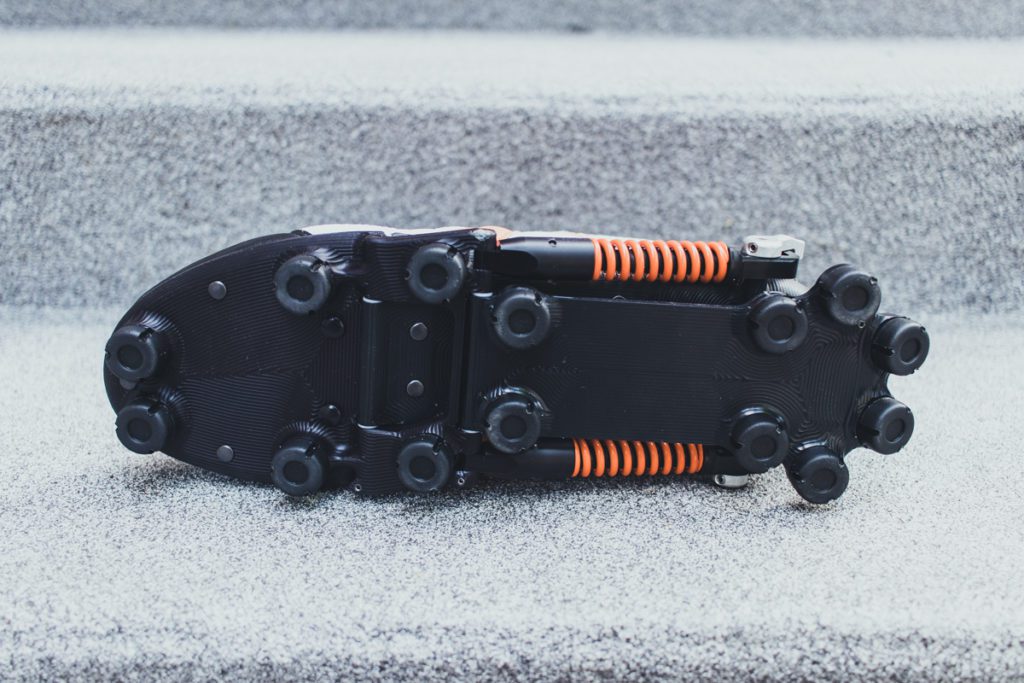 I wouldn’t recommend these shoes for speed training as they’re not competition legal, and the reload time of the spring limits how quickly you can cycle through your stride. They’re also heavier than a typical speed shoe, weighing in at 380g for a women’s size 8.5.

I noticed some tightness in my calves the first time running in the shoe, but the tightness passed  after roughly 12 kilometres. Tightness is common for first-time ENKO wearers as they adjust to the cushioning system, but typically subsides as it did for me.

If you’re a runner who has struggled with injury and are looking for a new cushioning system, the ENKO G4 could be the shoe for you. At the very least, your spring-loaded shoes are sure to be a conversation piece.