The fall race season is sneaking up and if you’re thinking about trying to shave some time off your 5K, you might also think about swapping out your clunky trainers for some lighter racing flats.

We’ve put together a quick list of options to consider if you’re looking to try a new pair of fast road shoes. 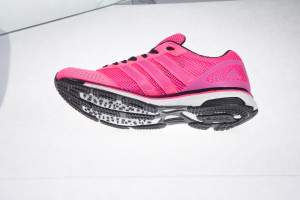 The heaviest of the light shoes, the updated Adios Boost are still light at 221 g for the men’s shoe and 201 g for the women’s. They’re lighter than the previous model, which used EVA foam rather than Adidas’s Boost foam, but the shoes also take into consideration other needs beyond speed. They have a 9 mm heel drop which is more than the other shoes in this list, but still not as much as you would expect from a usual trainer.

The shoes also have a small amount of correction for pronation built in. They’re the most robust option for a light racing flat and a great option for someone interested in trying a lighter shoe for the first time. 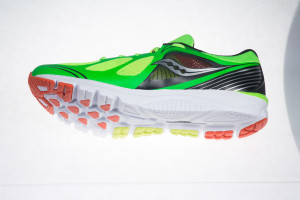 Saucony fans can’t get enough of the Kinvara. Only a sliver lighter than the Adios. At 218 g and 190 g for the respective men’s and women’s versions, the shoe isn’t the lightest flat out there, but the 4 mm heel-toe drop means it rides on the toes an is meant for fast running.

Saucony has added a rubber structure to the upper, making the shoe last longer to combat complaints from runners over older models falling apart to quickly. The sole is thicker than some of the other options, making the ride smoother. 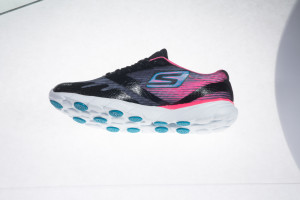 Skechers is riding high off Meb Keflezighi’s Boston Marathon win, and these are the shoes he did it in. They ride close to the ground with only a 4 mm heel drop and come under 200 g for both men’s and women’s models.

The company isn’t as cemented in running culture as other, larger brands, but they’ve shown they can make a great racing flat. The shoes fit snug and there isn’t very much structure to the upper, but for someone used to light racing flats and looking for a new option, these are a great choice. 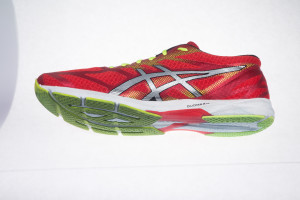 At 179 g for the men’s shoe and 158 g for the women’s, these are nearly as light as racing flats get before they start to really lose structure. They’re tried an tested, now on the 10th iteration, and have been refined to appeal to runners who are looking for a super-light shoe that doesn’t ride too flat.

They still have an 8 mm heel-toe drop, more than most shoes this light, making them great even for a first pair of racers. They also come with a mid-sole pronation-correction plate, something no other shoes this light come with. 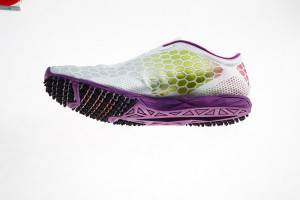 The RC 5000s are nearly socks with a thin foam sole, coming in under 100 g. For anyone familiar with track spikes, this a shoe more akin to those than a racing flat. They sport a 8 mm heel-toe drop, starting at a very low 14 mm and dropping to 6 mm, putting you very close to the pavement.

The shoe uses a Fantom Fit upper and a sturdy layer of dense Revlite foam. If you’re used to very light shoes, this is your go-to choice, but don’t expect them to last very long. They are completely built for speed and performance