It’s no secret that Kenyans have dominated the track and the roads for many years now. These athletes are known as some of the fastest runners in the world. In fact, in 2012, Kenya had 340 runners make the qualifying time for the Olympic marathon.Now the country that produces gold medallists and world records has a new company that’s creating new running shoes, developed and tested by Kenyan runners.

Called Enda, this new company’s title means “Go” in Swahili. Its founders say it’s meant to bring Kenyan greatness to runners around the world, and, importantly, to bring sustainable income to Kenya. Enda was founded in 2015 by Navalayo Osembo-Ombati and Weldon Kennedy.

Osembo-Ombati comes from a village near Eldoret, (a Kenyan running mecca) is an accountant and lawyer and avid runner. The two met in 2015 and started talking running when a plan was hatched. The idea was to have Kenya’s running culture be of benefit to more than just its reputation. The company was created and now, they’re moving from being a small start-up to selling shoes online. The first production is set to ship in April.

According to Kennedy, any elite runners were included in the testing process and provided their feedback. These included Justin Lagat and Joan Cherop Massah, among others who put thousands of kilometres in wearing their prototypes. We got a chance to talk to the creators of this up-and-coming footwear company to learn more about their future direction. 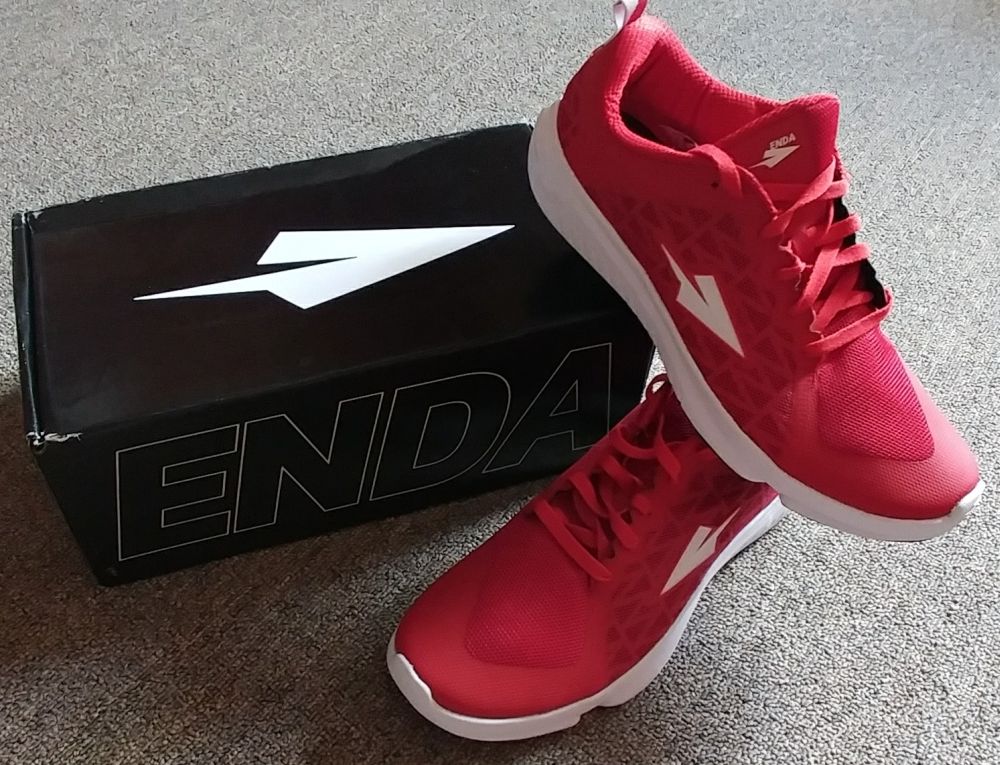 Enda: Beyond the technical aspects, we designed it to be a good looking shoe that you can wear with jeans or to brunch with mates. Of course, it’s important that we’re making our shoes in Kenya, the home of champions. By doing this, we’re backing social impact into our shoes. When you buy an Enda shoe, you’re helping create jobs in Kenya and develop a country that for decades has been famous for producing the world’s best runners, but hasn’t yet produced a world class running shoe.

CR: So why are you guys different from the many running shoe companies out there?

Enda: The Iten is a distinct shoe from anything else out there on the market. It’s designed specifically to be a lightweight trainer, that’s flexible and moves with your foot. I’ve run in pretty much every shoe on the market that is similar to this one and I can genuinely say that the Iten makes for a more enjoyable run. We’re also excited to get them to runners in a new way. By selling directly to customers online, we’re able to keep the price competitive and offer runners the same shoes on a consistent basis – only making technical upgrades so as not to interfere with a runner sticking with their favourite shoe year after year.

CR: What do you want people to feel when they slip on a pair of your shoes?

Enda: We hope that people feel comfortable, fast, and stylish. It’s got a snug fit, so it feels almost sock-like. It’s light and has a great feeling at toe-off with good ground feel, so hopefully people also feel nice and quick in them too.

CR: Will everyday Kenyan runners be able to wear them?

Enda: We’ve actually already had a significant portion of our pre-orders from Kenya, so certainly there will already be plenty of non-professional runners here wearing them too.

CR: What do you hope the future holds for the company?

Enda: We’re starting with just a single excellent shoe, but we realize it’s not for every runner for every run. We really want to have a full diverse product line including a more cushioned trainer, racing flat, and trail shoe. As we start to get this full range of shoes on the feet of runners around the world, we hope we can help them all find more joy and perhaps speed in their runs. If we can achieve that, it will mean bringing large amounts of revenue back into Kenya to create jobs and give back to communities. By directly connecting tens of thousands of runners around the world with Kenya, we hope to help the world better understand Kenya and Kenyan running.