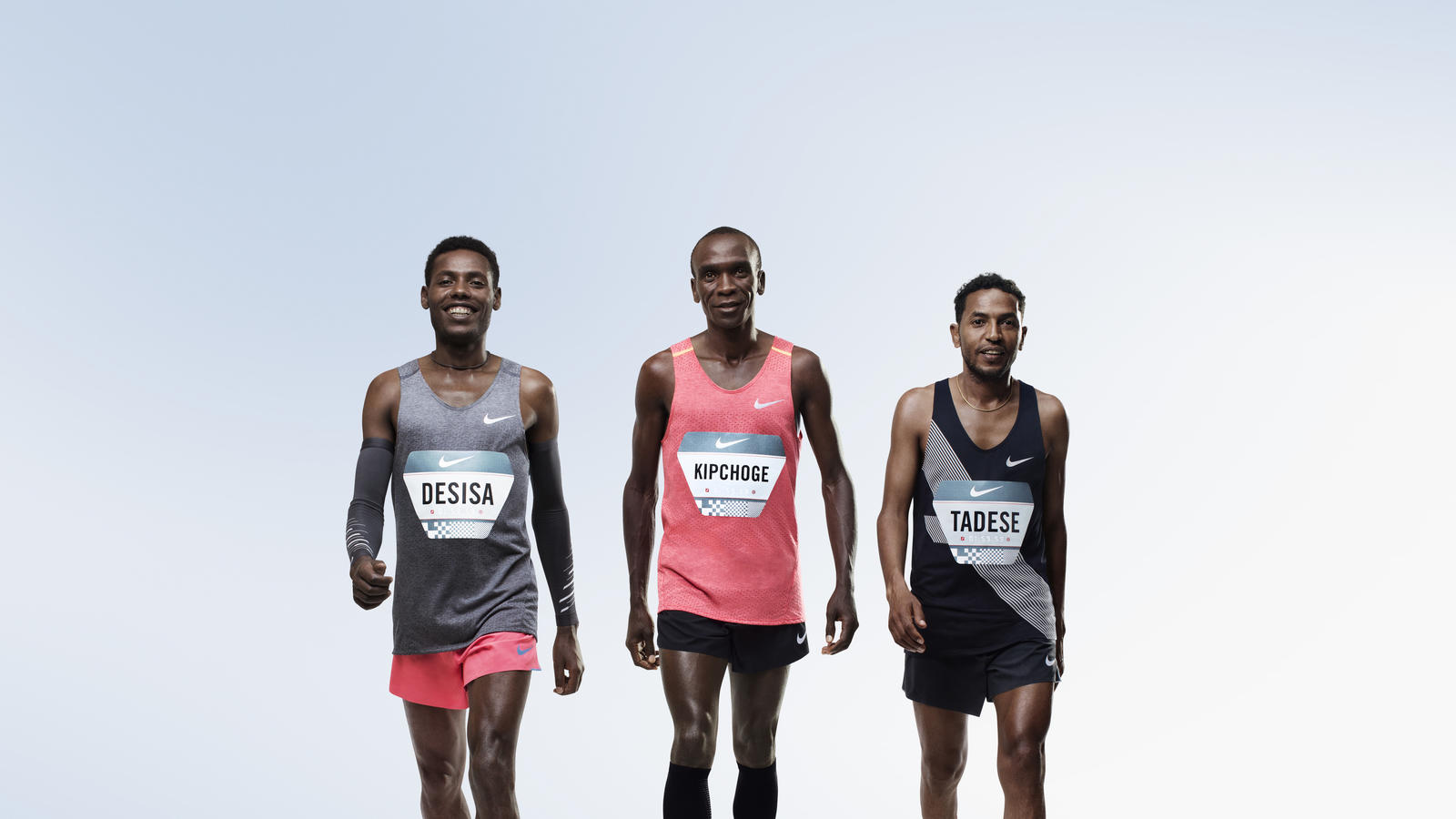 Nike recently announced an ambitious goal to have one of its three athletes break two hours in the men’s marathon in spring 2017. The project, named Breaking2, has been more than two years in the making with an attempt to be made by Kenya’s Eliud Kipchoge, Ethiopia’s Lelisa Desisa and Eritrea’s Zersenay Tadese at an undetermined location in the coming months.

As part of the Breaking2 project, Nike announced plans to debut “a system of groundbreaking innovation that has the potential to elevate every runner.” Nike Inc. filed a patent, which is gaining traction on Twitter on Tuesday, on May 4, 2016 with the publication date being Nov. 10, 2016. The patent is for a “footwear sole structure including a spring plate.”

It’s unclear whether the spring plate patent is related to Nike’s Breaking2 project. The current men’s world record is 2:02:57; a mark that would need to be improved by two-to-three per cent in order to hit 1:59:59.

Former Nike Oregon Project coach and author Steve Magness thinks the spring plate is “how they are going after sub-two.”

A Nike patent for a spring shoe recently filed. This is how they are going after their sub 2 hour marathon: https://t.co/StYUuuYB6D

Acclaimed sports scientist questions whether the technology has already been implemented in some of its shoes. “So, since we know Nike have been cooking sub-two since 2014, has anyone checked the shoes Rupp and company wore in Rio? I joked earlier, but seriously. Because I doubt they’re making the first moves now. That shoe has existed. I’d love to know what Rupp and others ran in. Was it ‘hidden’?”

A Twitter user tweeted out two photos side-by-side showing a difference in the Nike Streaks available on the market and the shoes worn by Olympic marathon bronze medallist Galen Rupp in Rio. However, it’s not uncommon for elites to wear modified shoes compared to publicly-available versions.

Because I doubt they're making the first moves now. That shoe has existed. I'd love to know what Rupp & others ran in. Was it "hidden"?

@stevemagness rupp sported different streaks @ rio than the ones f/sale in the general market. Much thicker sole. pic.twitter.com/dSaCTSeEQx

Others have suggested that the patent is just one of many that Nike files every year.

Nike is constantly doing R&D and this year filed 64. https://t.co/zCwzYtQPJF I wouldn't put much into this one.

The following is the abstract for the Nike patent:

The governing body for international athletics states the following in its rules of competition: “The purpose of shoes for competition is to give protection and stability to the feet and a firm grip on the ground. Such shoes,
however, must not be constructed so as to give an athlete any unfair additional assistance, including by the incorporation of any technology which will give the wearer any unfair advantage. A shoe strap over the instep is permitted. All types of competition shoes must be approved by IAAF.”

It’s unknown whether the spring plate shoes, if used, will be approved by the IAAF.