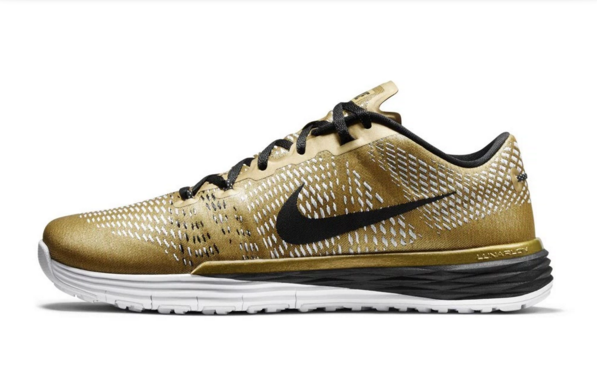 The Olympic champion in the decathlon is widely recognized as the “world’s greatest athlete” with the ability to excel in 10 disciplines in track and field.

Eaton sported the Nike Lunar Caldra, a low-profile, neutral shoe, during his world record decathlon victory at the 2015 IAAF World Championships in Beijing. Canadian Damian Warner finished second at the same meet setting a national record in the process.

“I had been hesitant in moves, but now I can hit a position and bounce right back,” Eaton said of the shoe. “It’s like I can do anything from 100 metres to a marathon, I feel like [the sneaker] can take on all disciplines and all distances.”

The shoe features Nike’s Flywire technology enhancing stability and a snug fit around the foot. The shoe is now available on Nike Canada’s website in four colourways.

They were comfortable as hell man!!!! One of the best training sneakers that I’ve ever worn. @AshtonJEaton @NikeTraining

The Nike Lunar Caldra has even garnered the attention of Kevin Hart. The American actor, comedian, writer, and producer has been involved in the running community as of late hosting free 5K events across the United States.

Hart tweets various meetup locations to his more than 24 million Twitter followers (Hart is wearing the Lunar Caldra in the photo below).

Today’s training event in New York with @nikenyc & @niketraining was EPIC!!!! Major thank you to everyone that came out and trained today!!!! We kicked off the New Year with a Bang…364 more days to go #MoveWithHart

Eaton is expected to debut at the Camel City Elite races in North Carolina. Three Canadians are expected to compete alongside Eaton at the Jan. 30 meet.