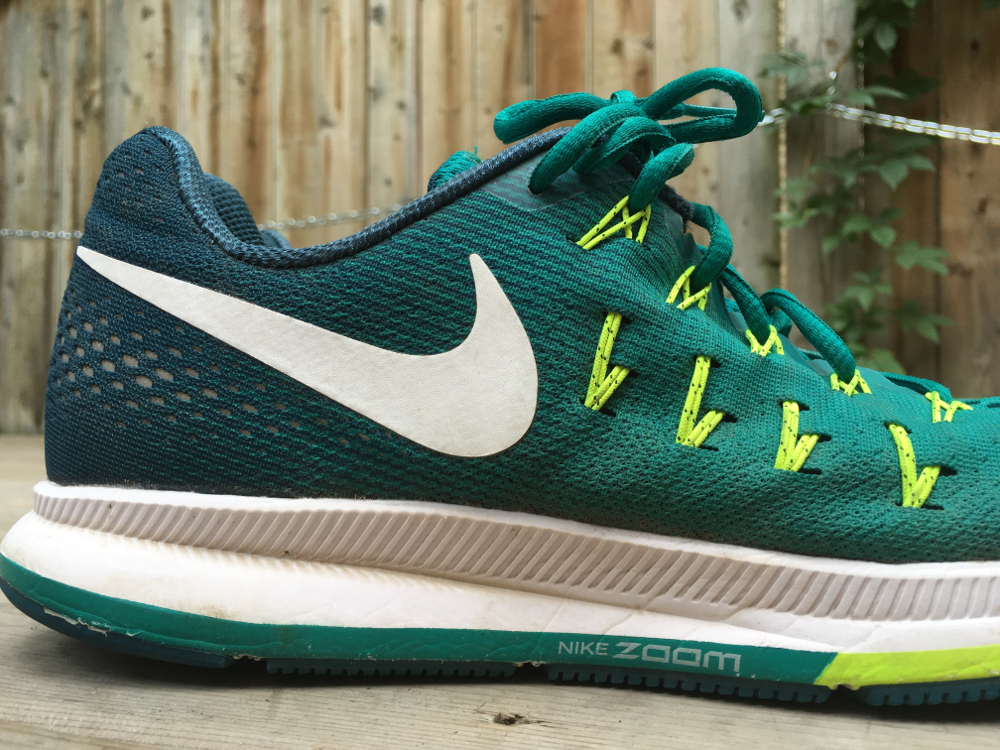 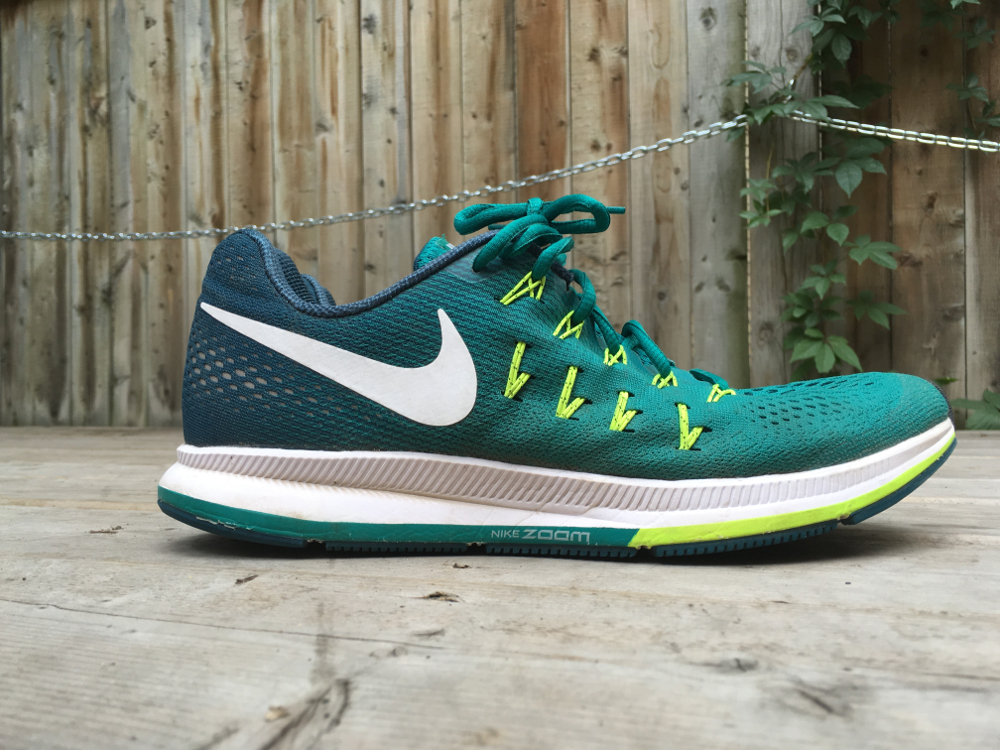 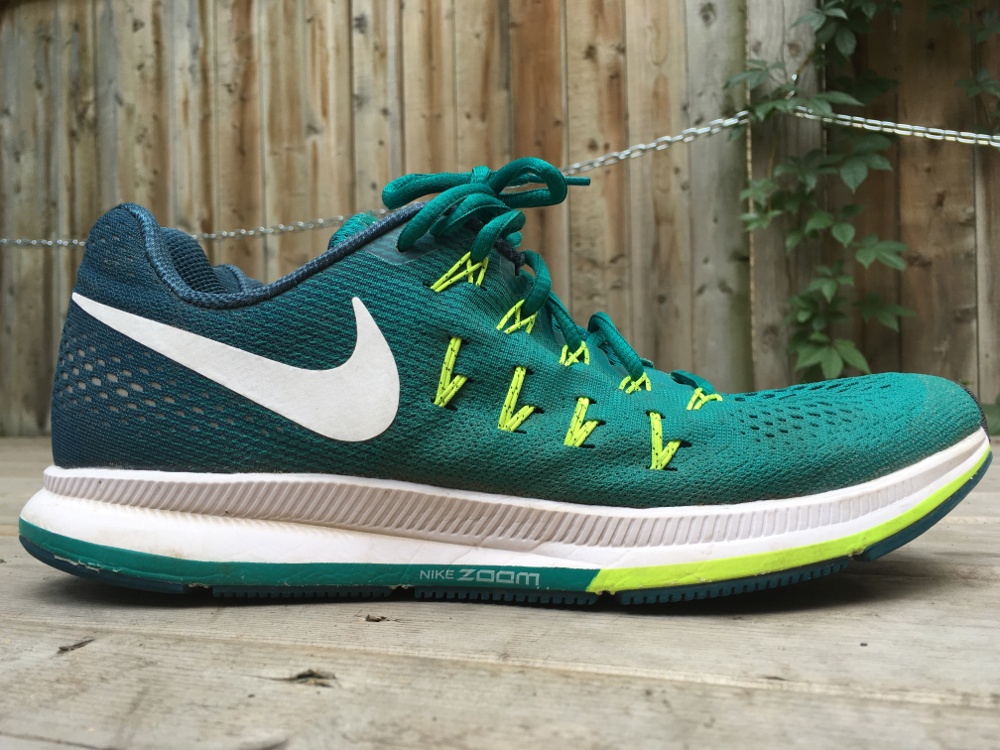 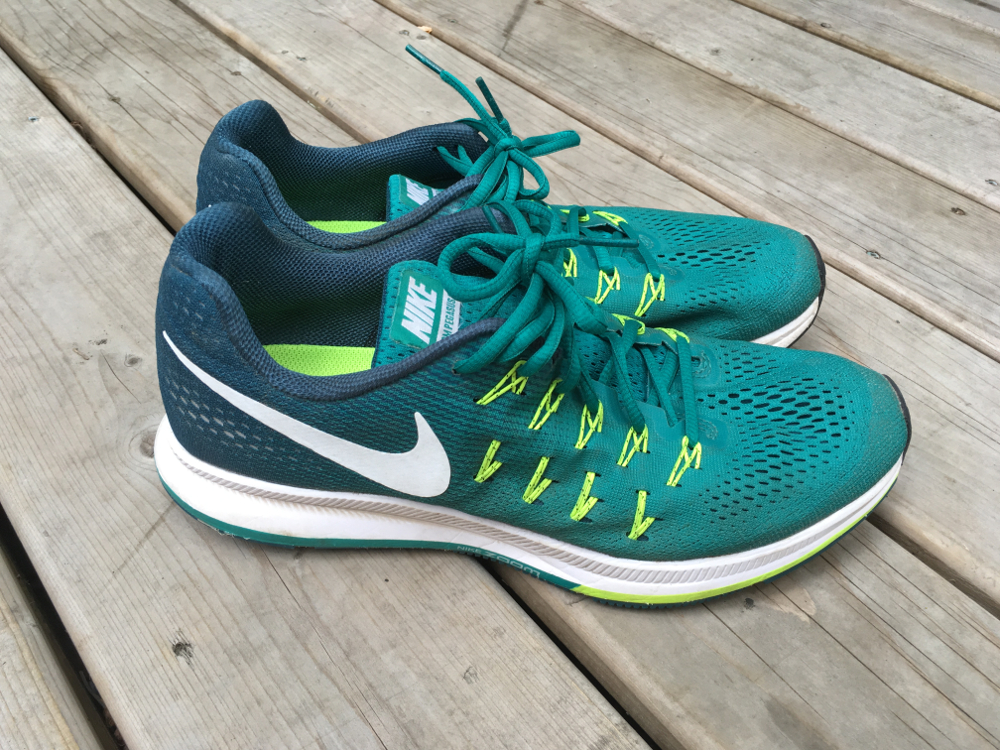 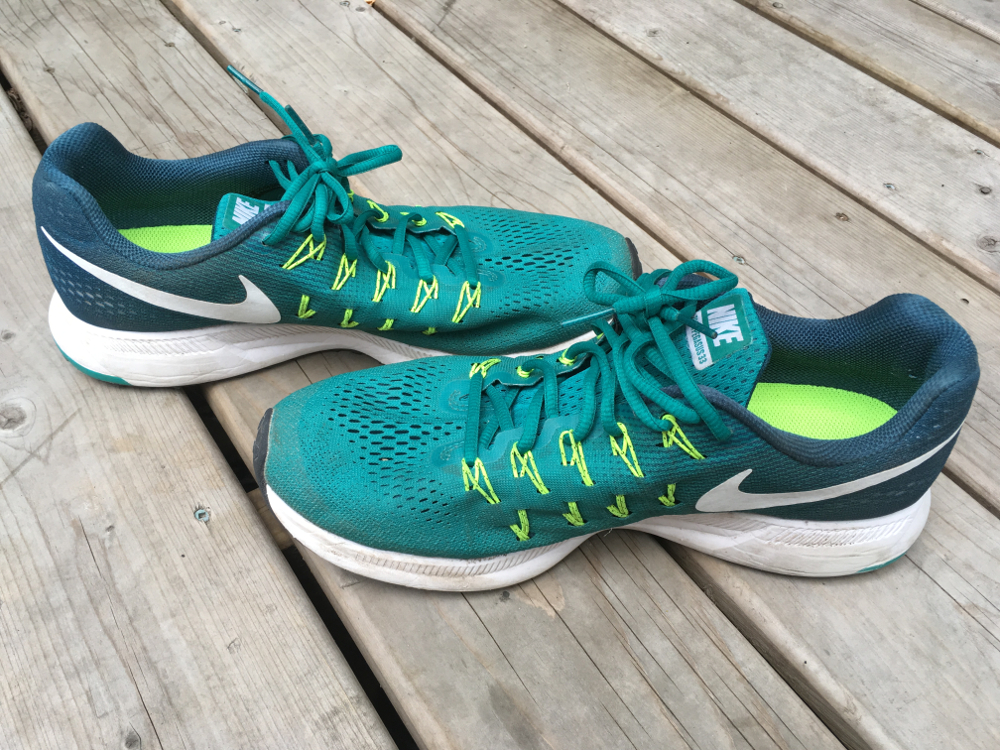 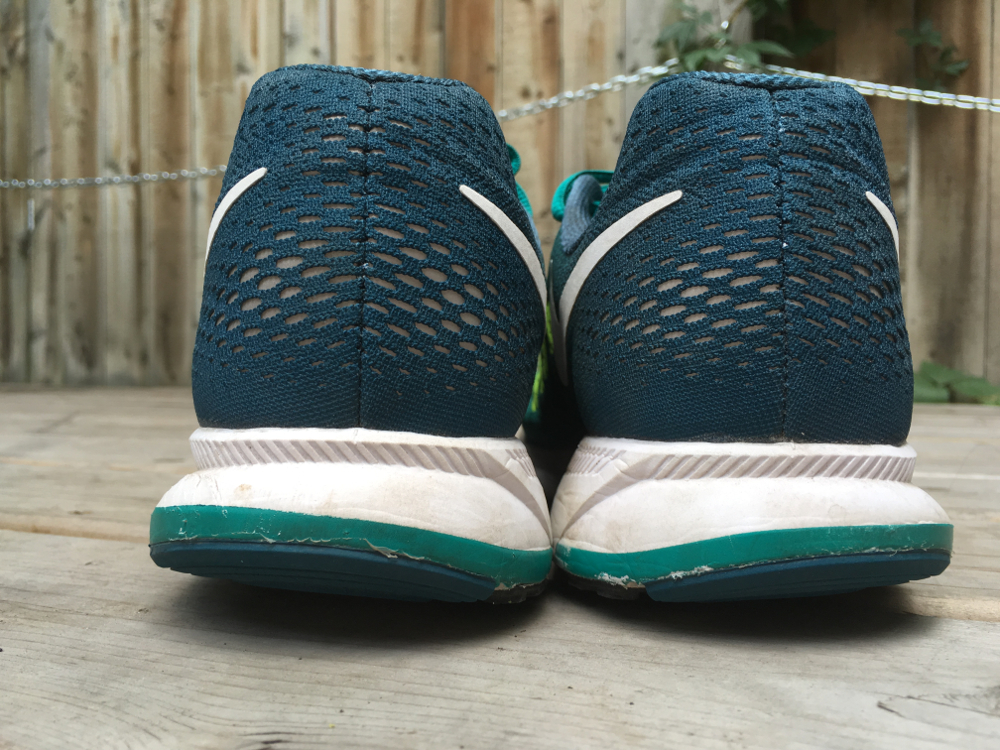 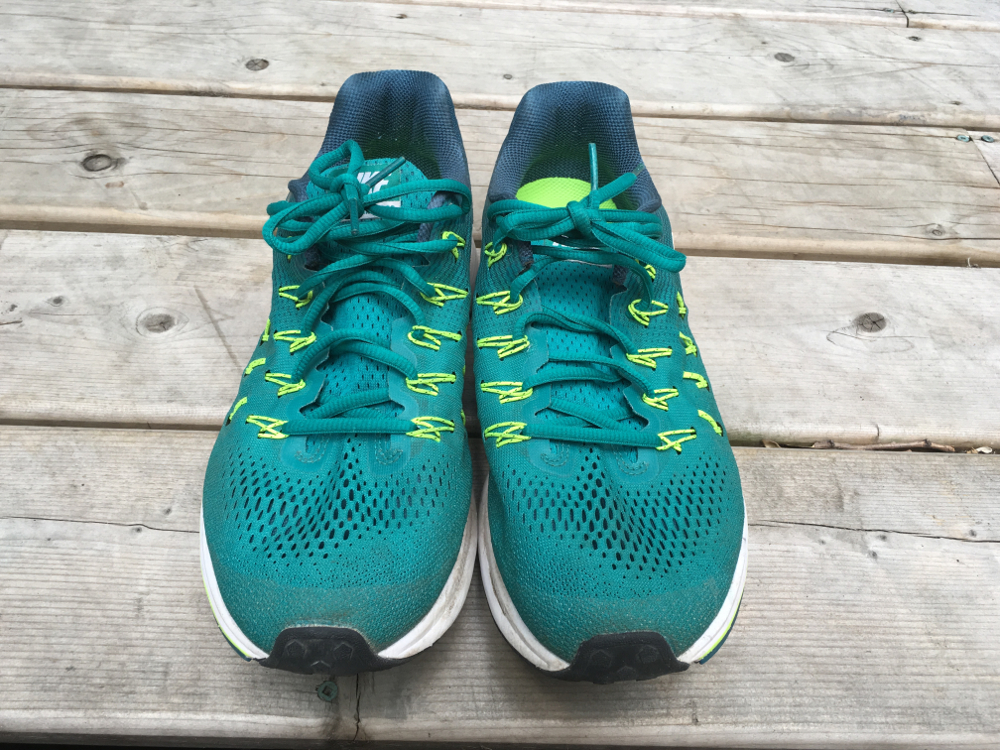 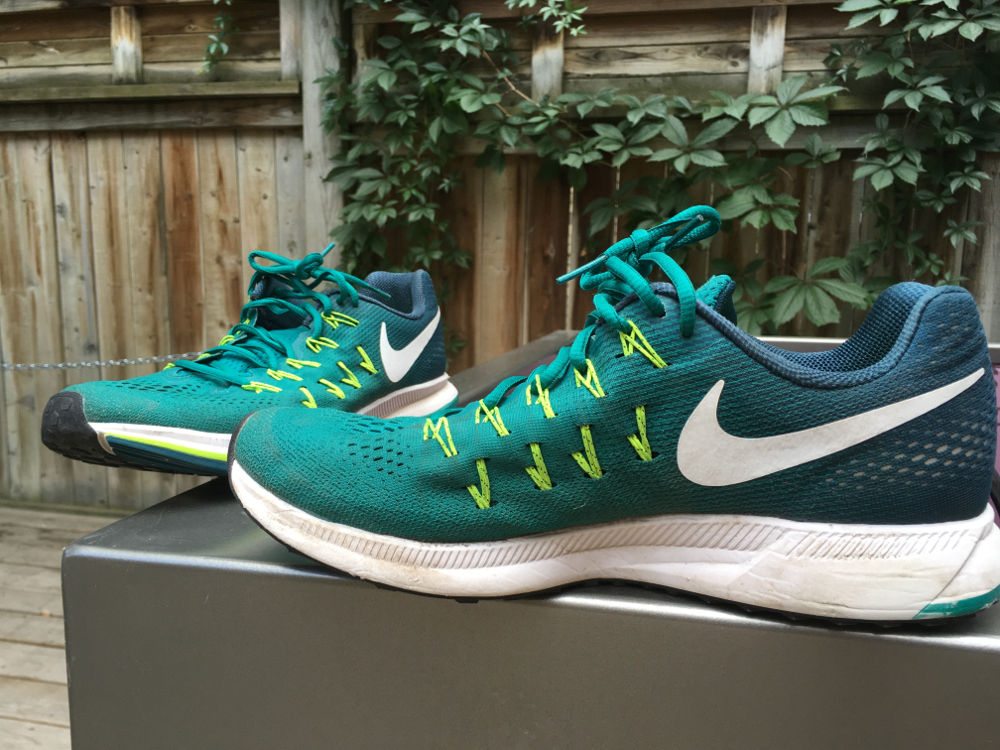 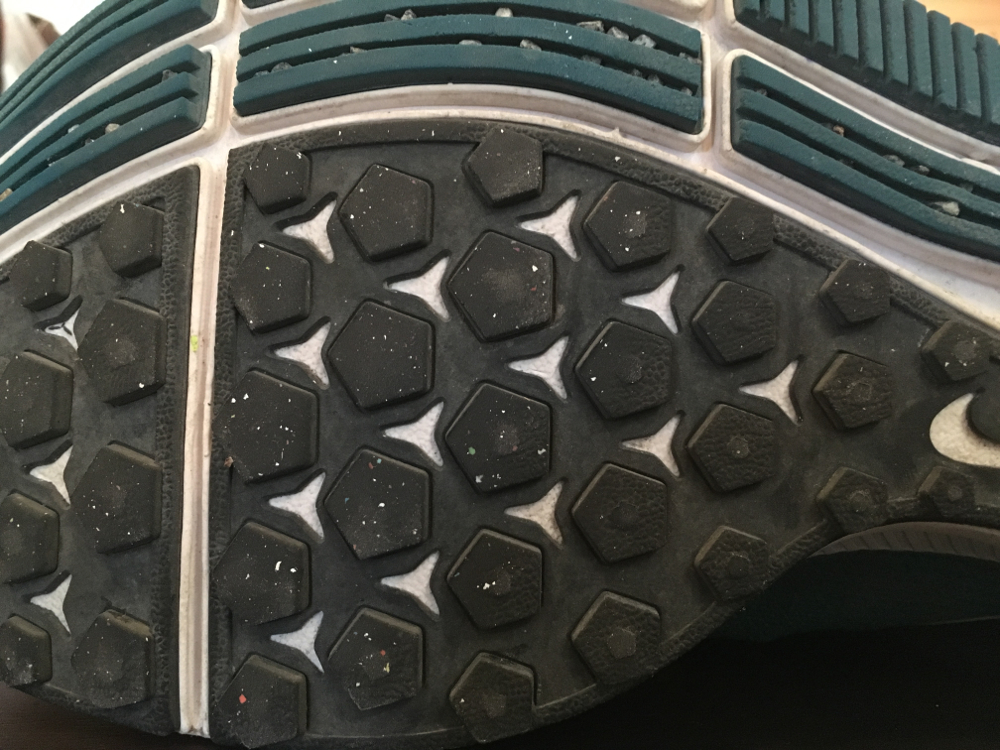 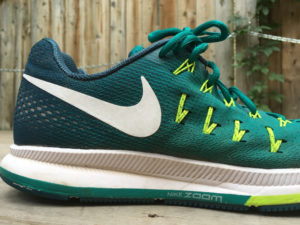 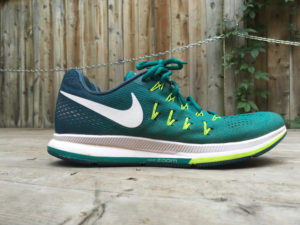 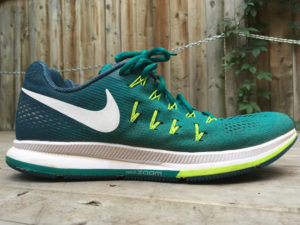 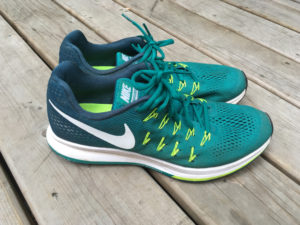 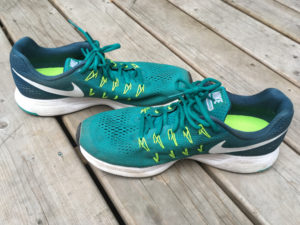 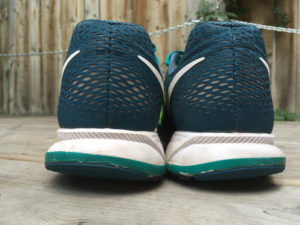 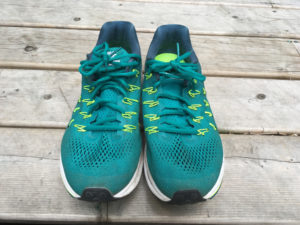 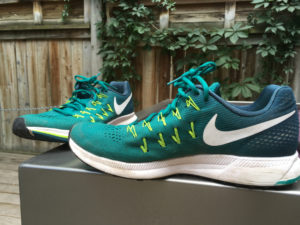 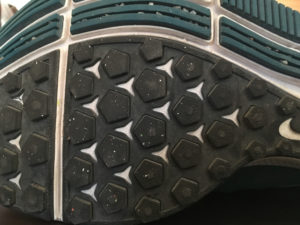 The Nike Pegasus is the sportswear brand’s most well-known running shoe and for good reason as it’s been honed and improved for more than three decades. The latest model, the Nike Pegasus 33, now features Air Zoom cushioning making it lighter and more responsive while continuing a similar look as its predecessor.

The shoe has come a long way since its introduction in 1983 and it’s been around for so long for a reason: consistent and smart updates to each succeeding model.

The strategic placement of the Flywire and its integration with the shoelaces allows for a snug and consistent fit around the upper and through the midfoot. When compared to the Pegasus 32, the Flywire is actually a bit more subtle and the model includes an extra line of mesh to break up the pattern slightly.

Thought the previous Pegasus were too narrow or wide for your feet? Nike offers four options for the Pegasus 33 including narrow, regular, wide and extra wide. Canadian Running tested out the regular width and it’s true to its name in being a good medium between the narrow and wide editions.

Fortunately, as with most Nike shoes, the Pegasus 33 comes with the ability to fully customize the colours of all aspects of the shoe. Beyond the regular and NIKEiD colourways, there are preset designs for Mo Farah-inspired Pegasus 33s and in the unlimited colours, inspired by the Olympics. It’s a bonus that the sharp look makes the Pegasus an option as an everyday shoe.

The colours you see in the above photos is hyper turquoise/clear jade/volt/white. Nine other preset colours are available in the regular Pegasus 33 lineup in both men’s and women’s models. Testers nicknamed the pictured colourway “mermaid.”

The grooves along the outer edges of the sole didn’t fare great when running on crushed gravel as there were pebbles that got caught on the underside. That said, having a few pebbles stuck didn’t detract from the performance of the shoe. The classic rubber waffle plate, a staple in Nike’s long history, is again prominent on the sole.

Bill Bowerman, a co-founder of Nike, made the waffle plate famous because he used to make bottoms of shoes on his wife’s waffle maker machine regularly destroying them.

RELATED: The Nike Zoom All Out Flyknit will make you forget what you knew about traditional footwear.

The Pegasus 33 runs as a neutral cushioned shoe so if you’re a runner who is used to neutral shoes, the transition to Nike’s flagship running shoe won’t be a problem. After putting approximately 150 kilometres on the Pegasus 33, the shoe has held up very well with only scuffs to the colouring.

All shoes purchased on Nike Canada come with free shipping. Consider shopping at your local independent retailer too. A full list of those shops across the country can be found here.