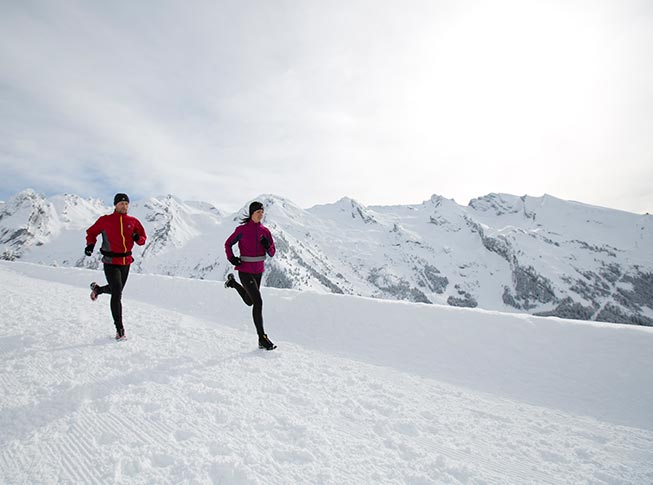 Though today marks Thanksgiving for our neighbours to the south, Canadian retailers have in recent years taken to adopting Black Friday as a way to kick off the holiday shopping season here. The stores your get your running gear from are no exception.

The best place to go for your all-around running deals is going to be the Running Room, which is having a Black Friday sale which lasts until Sunday, Nov. 30. Among many other deals, there are large saving of up to 40 per cent to be had to all Brooks and Adidas gear, as well as Garmin electronics. Some of the sale started today, though most of the best savings come into effect on Friday.

The Mountain Equipment Co-op is having a store-wide Black Friday sale and tons of their running apparel is included, some of it more than half off. As a runner, you’ll find plenty of options that will work great as gifts or for your own winter running setup. If you’re an outdoor enthusiast with interests beyond just running, the store is a hotbed for all things outside and the sale extends to all sports the co-op covers. You’ll need a membership, but registration is only $5, can be done at the checkout and you’ll be a signed up for life.

These two are notorious for Black Friday and Boxing Day doorcrashers. Future Shop being owned by Best Buy, these two stores offer mostly the same sale items and carry similar stock. The two, though not running- or athletic-centric retailers, are having some large sales on fitness trackers, GPS watches and smart watches. Some watches are nearly half off. They also are having large sales on many of the top headphones and music players. For running tech, a lot of the items you’re looking for can be found here. The sales last from Friday until Sunday.

A store we’ve noted before that offers some great prices on workout gear. If you’re looking for running wear, this is a store that offers some great deals, which will also be having some big sales. The deals will vary from store to store, but the company is offering plenty of clothing for $5. Also, though unfortunately confined to the GTA stores, some are offering $300 off their purchase to the first 100 people in line.

The Canadian retail market has taken hold of the Black Friday craze and many of the country’s popular athletic retailers, though not running-specific, will be having sales on general sporting clothing which serves the purpose of running.