Super shoes, like the Nike VaporFly or the Asics Metaspeed, have taken over the running shoe market, and everyone from the weekend warrior to the world’s best athletes are sporting a pair in hopes that they’ll give them an extra edge on race day. We know the shoes do provide performance benefits, but are those benefits consistent across all types of racecourses? Recently, the researchers who were involved in much of the early work on Nike’s Vaporflys investigated how the shoes performed on uphills and downhills, and found they may not be as helpful under these conditions as we thought.

The Nike VaporFly 4% running shoes reduce the metabolic cost of treadmill running by four per cent thanks to their lightweight, highly compliant and resilient midsole foam and carbon fibre plate. The study, published in the Journal of Sport and Health Science, aimed to test the hypothesis that the shoes would impart the same level of performance benefits when running on uphills and downhills.

The researchers tested two Nike marathon racing-shoe models, the Streak 6 and VaporFly 4%. 16 competitive male runners performed a series of six, five-minute trials (three in each shoe) on a downhill, flat and uphill grade (the downhill grades were moderate, at three per cent), and their submaximal oxygen uptake, carbon dioxide production and metabolic power were calculated for each test. 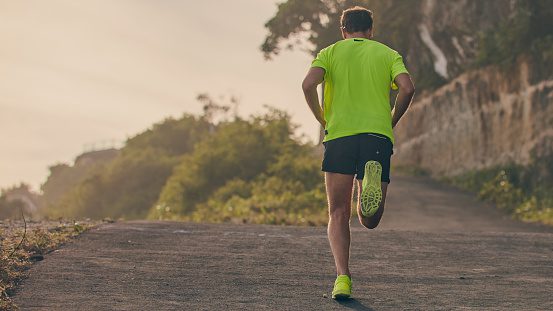 Compared with the conventional shoe (the Streak 6), the Vapoflys increased metabolic power (i.e.- improved performance) by 3.83 per cent on level ground, but only 2.82 per cent on the uphill and 2.70 per cent on the downhill. “On a running course with uphill and downhill sections, the metabolic savings and hence performance enhancement provided by VaporFly 4% shoes would likely be slightly less overall, compared to the savings on a perfectly level racecourse,” the researchers said in their conclusions.

In other words, there is still little doubt that VaporFlys provide performance benefits, but on a hillier course (like Boston, for example), these benefits may be slightly less than you were hoping. This doesn’t necessarily mean they aren’t worth the investment, but it does reveal a window of opportunity for these shoes to improve even further.