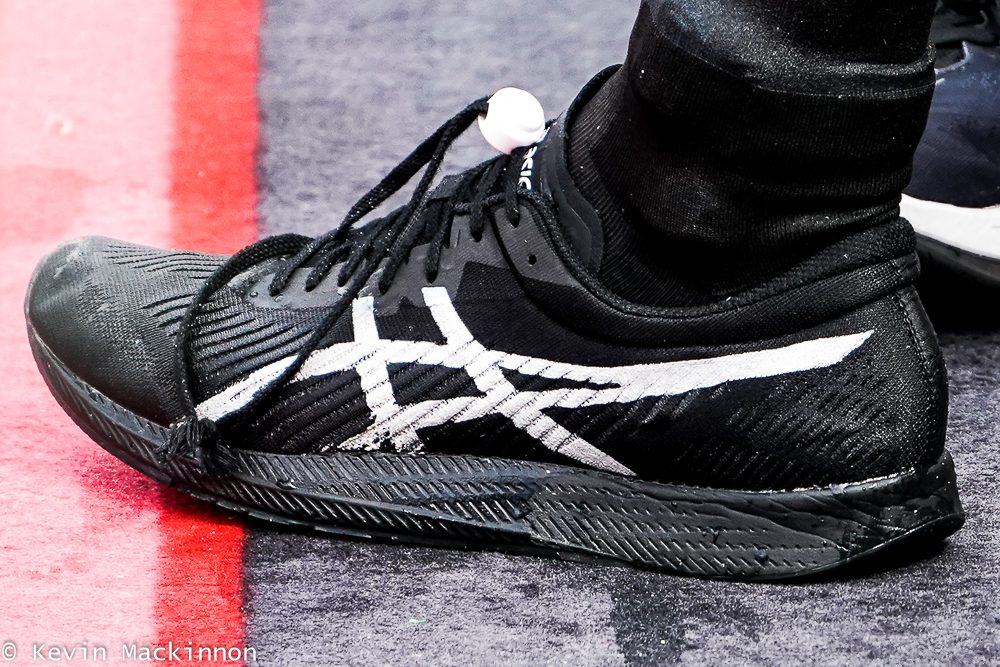 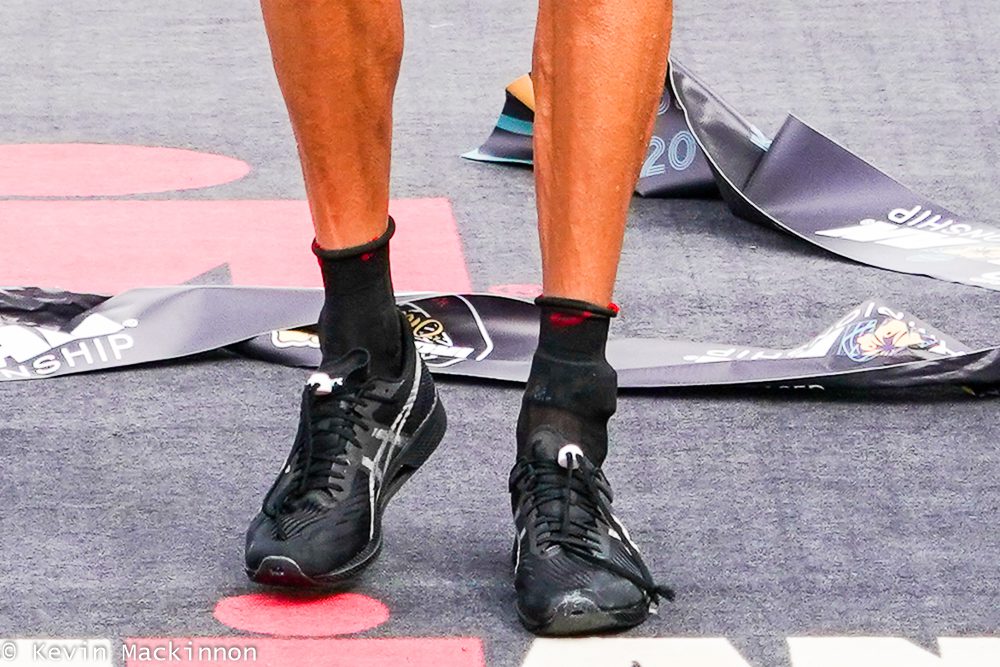 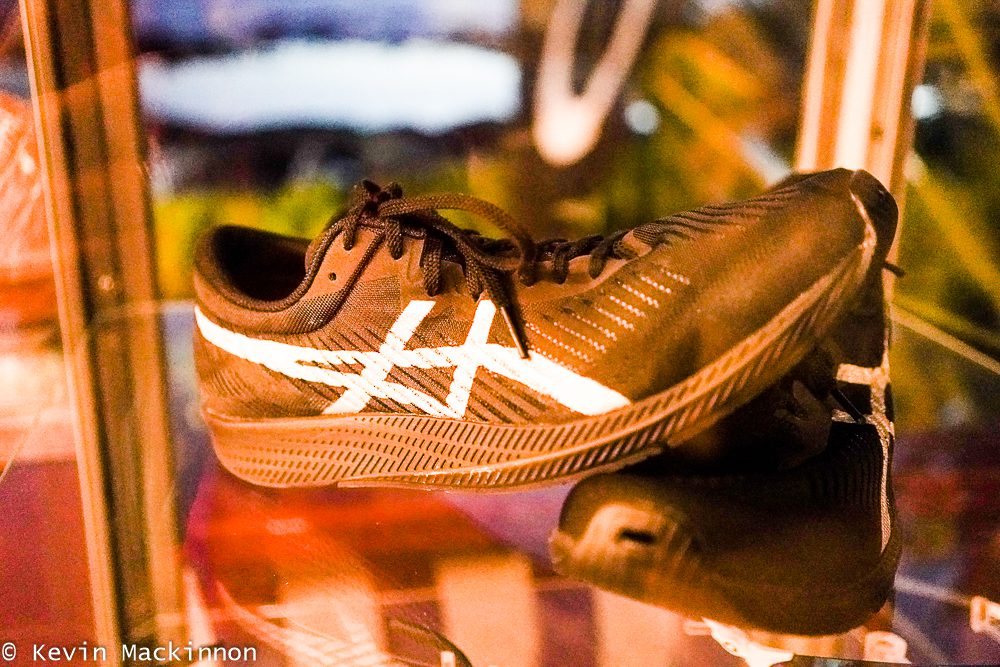 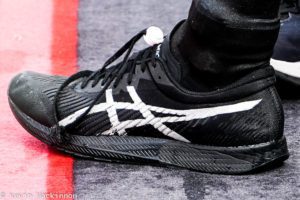 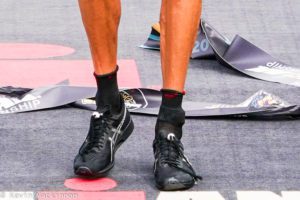 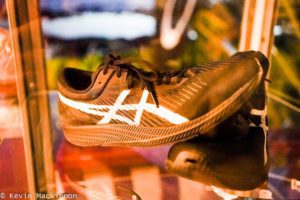 Triathlon Magazine wrote: “Frodeno worked on his running style over the winter and found that the changes meant that the shoes he wore in winning the Ironman European Championship in Frankfurt ended up giving him some blisters. ASICS was quick to come through with a solution–a shoe that isn’t set to be released until the Tokyo Olympics next year. The handmade prototypes had the ASICS logo painted on just a week before the race after Frodeno used them for his last two long runs before the race on Saturday.” The new shoe is narrower and features a carbon plate. Frodeno’s marathon time was 2:42:43.

RELATED: The ultimate fall racing shoe round up

Nearly every major shoe company has produced a carbon-plated shoe, or at least a prototype. Saucony has a shoe in the works, Nike has the Next% (among others), Hoka has the Carbon X and New Balance has the 5280. The ASICS shoe is set to release ahead of the Tokyo 2020 Olympics.