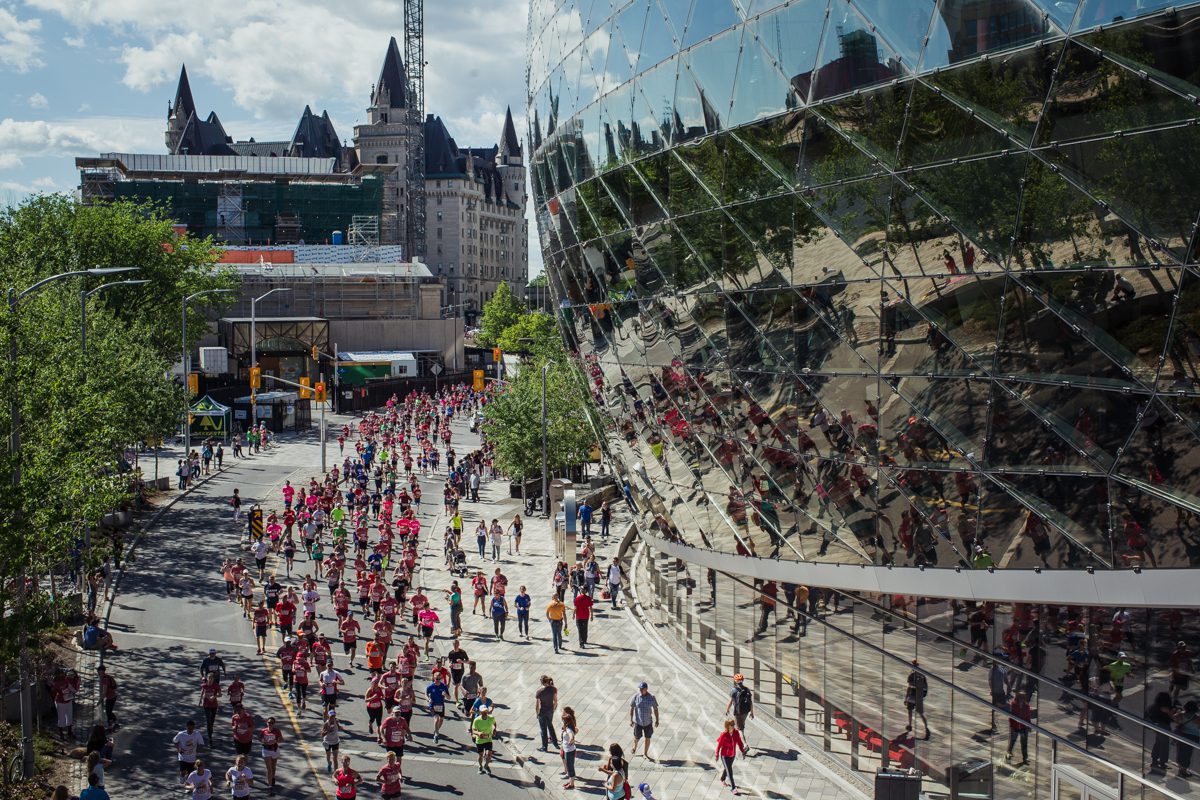 Running Canada’s largest race weekend this year? The Tamarack Ottawa Race Weekend is one of the top events in the entire country. Attracting 40,000 runners with an additional 200,000 who flock to the capital city to cheer and show their support, it’s also the biggest race in Canada. There is no question about it: this is a must-do event if you’re a Canadian runner.

READ MORE: The 12 wackiest moments from the Ottawa Marathon

But of course, there’s more to the whole weekend than the race itself. Travelling to a new city to experience a race means getting a chance to explore the area when the marathon is done and dusted. If running in Ottawa in the spring of 2018 is on your calendar, plan ahead and make sure to take in these Ottawa hot-spots before and after.

1. Plan a coffee date:  Caffeine is many a runner’s best friend, and there are many great local roasters in Ottawa. If you’re staying in the ByWard market, be sure to check out Planet Coffee, one of Ottawa’s original coffee bars. On Elgin, Ministry of Coffee is on the cutting edge of the coffee scene, or visit Bridgehead, Ottawa’s original fair trade coffee chain, and site of many a running group meet up. In Hintonburg or Sandyhill? The Happy Goat, will keep you happily caffeinated.

2. The Rideau Canal: If you go to Ottawa and don’t spend time by the Rideau Canal, you’ve missed out. The Rideau Canal is also one of the key features of the marathon course and makes many Ottawa travel lists for good reason: it’s one of the most scenic spots in the nation’s capital. Runners visiting for the Tamarack Ottawa Race Weekend should consider this location for an easy pre-race run to get familiar with the course for race day. 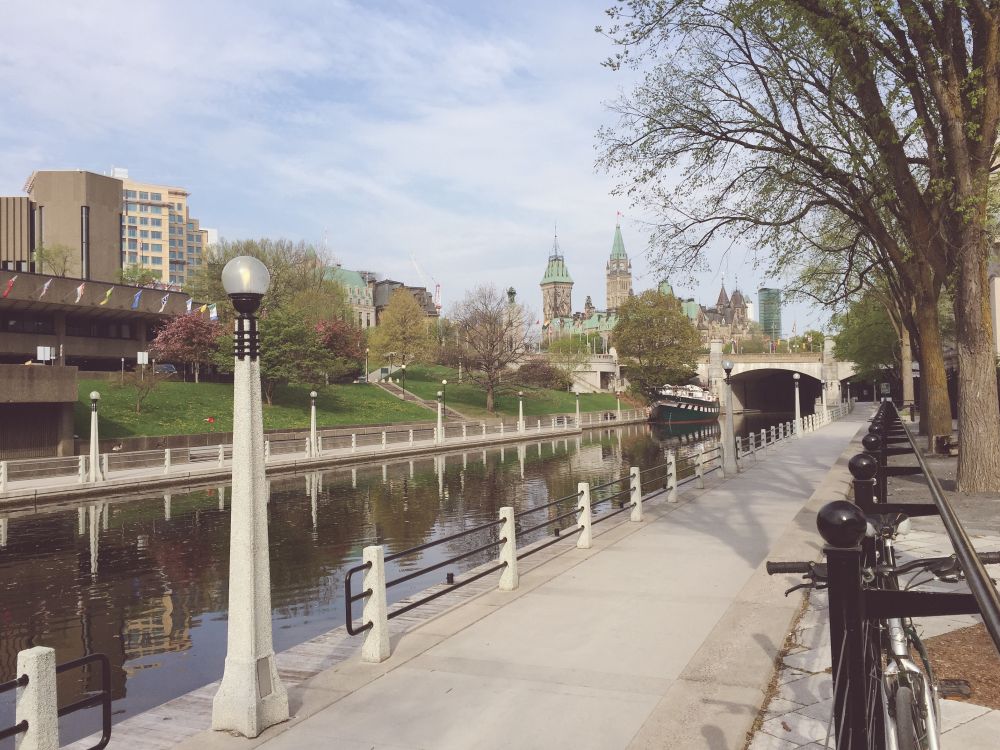 3. Terry Fox statue: Speaking of iconic, the Terry Fox statue, located across from Parliament Hill, cannot be missed. Arguably Canada’s most famous runner, Terry Fox provides a dose of inspiration fitting for the day before a marathon.

4. Johnny Farina: Carb loading on pasta the day before running a long distance is a big part of running culture. When in Ottawa, try checking out one of the city’s favourite Italian restaurants, which is only steps from the start line.

5. Soak up the culture: As Canada’s capital, there is a huge variety of arts and culture to ease the mind before the big day. The National Gallery of Canada has a mesmerizing collection of Canadian fine art and photography that is sure to settle any pre-race butterflies.

6. Beavertails: Head to the ByWard Market after a race well run to indulge in this classic Ottawa dessert. Munching on a Beavertail is an Ottawa must. These sugar-covered pastries are one of the city’s most brag-worthy foods – and for good reason. Plus, after hammering out 42.2K, we can’t think of a better reward. (Tip: if you are looking for something to fill up on, try the garlic butter and cheese.)

7. Tavern on the Hill: If you’re the kind of runner who likes to cheers a pint of beer with buds after your race, then Tavern on the Hill is your spot. This restaurant and bar is one of the best locations to satisfy those food cravings: their gourmet hot dogs have quite the reputation for being one of the most delicious menu items around town. Celebrate with a pint of Kichesippi 1855 (named for Ottawa’s incorporation date). Relax here while taking in the views of the parliament buildings, Notre-Dame Basilica and the Chateau Laurier.

8. Visit a brewery: Locals will be fast to tell any thirsty marathoner that Ottawa is a city known for its tasty beers and microbreweries that have been opening up left, right and center. A great way to get a taste of Ottawa’s breweries is to jump on the Brew Donkey!

9. Experimental Farm: If you’re running the marathon or half-marathon, you’ll pass nearby Ottawa’s Experimental Farm, a true jewel of the city. Located just a few kilometres from the downtown — or approximately five kilometres from the start line — the tranquil vibe of the Farm and Arboretum are perfect for some low-key post-race recovery. From picnicking in the Arboretum to touring “the Farm,” a working farm with a ton of information about agricultural practices in Canada, this is an ideal trip for runners with kids. And of course, the adorable barnyard animals will put a smile on anyone’s face — no matter how exhausted.

10. Nordik Spa: Treat your sore muscles to a day at the spa after sweating it out on the streets of Ottawa. This one is a must-visit spa for those in the Ottawa region. After a long season of training and a morning of putting the muscles through a tough 42.2K, massages, hot tubs and a visit in a steamy sauna are just the thing. Located at the entrance of Gatineau Park, this spa is a magnet for those in the region. It’s biggest bragging point: it’s the largest in North America. 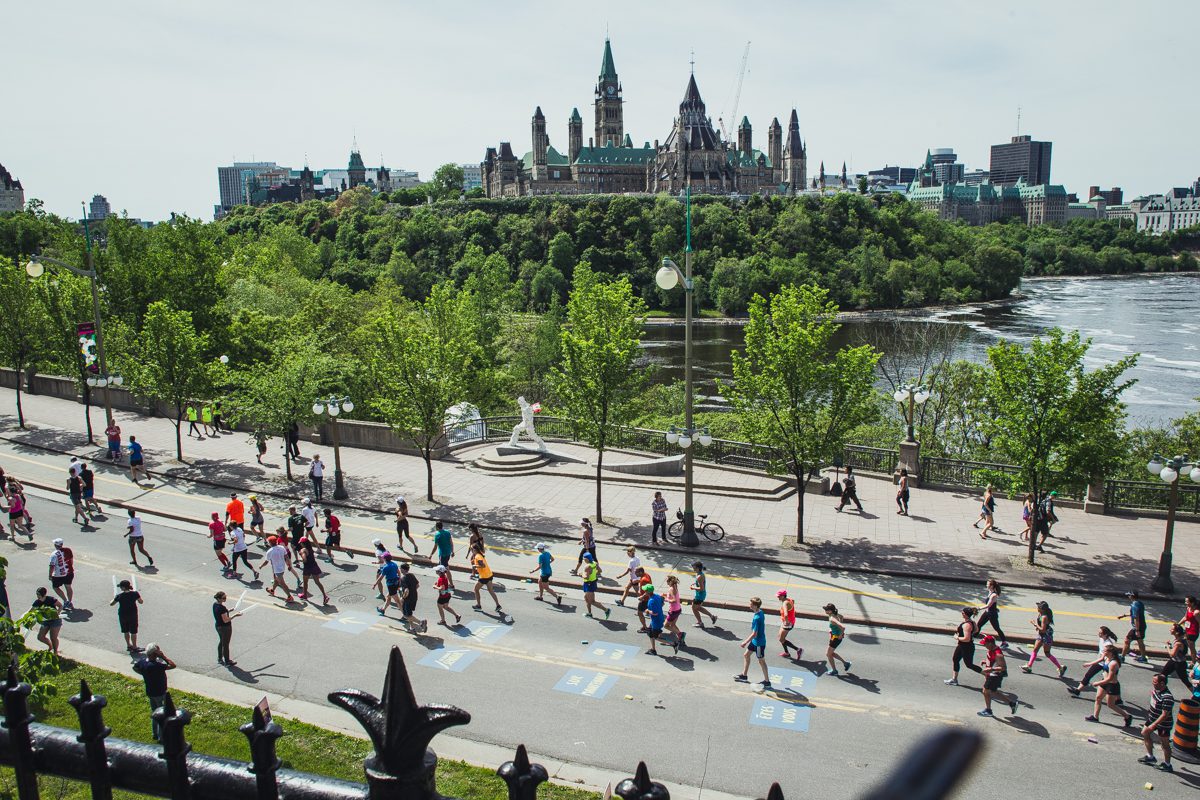 11. Play Food & Wine: Scour the reviews and lists of must-visit Ottawa restaurants and Play Food & Wine will often come out on top. At the end of a feat as significant as running Canada’s biggest marathon, runners are going to want to seek out a spot to relax and recap the highs and lows of the race. This venue is easily one of the best spots in Ottawa to do so and the cuisine surely won’t disappoint. With all those kilometres run, it’s likely race participants will stick around until dessert.