The Tokyo Marathon is known as one of the deepest marathons in the world, and despite poor conditions for Sunday’s race, the times were extremely fast. 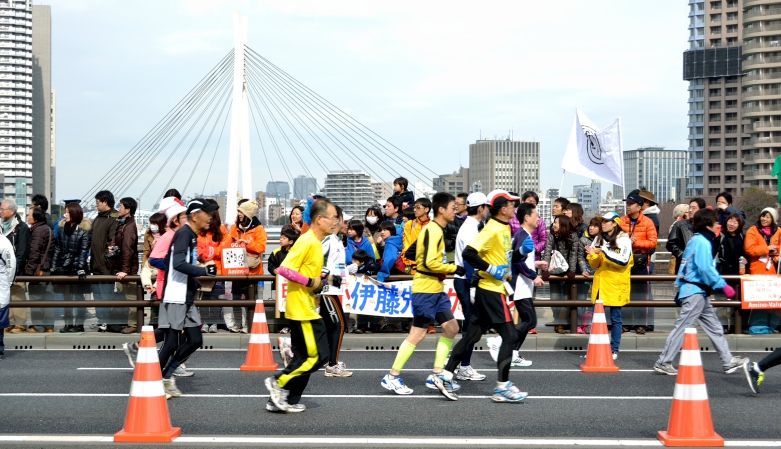 The equivalent women’s marathon time is 3:03:02, and 118 women went under mark. Among those women was American record holder Deena Kastor. She finished in 2:51:58 and received her fifth world major marathon finish. She just has Berlin to complete and she will have achieved all six stars.

This medal means a lot to me. In the results, you may not think I’m happy w/ today, but that’s far from the truth. I persevered through a rough race, drawing on the support of millions cheering on the sidelines & using years of cultivated positivity to get through #TokyoMarathon pic.twitter.com/TyVSchh76c

Ethiopians had an excellent day, sweeping the women’s podium and both men’s and women’s winners scoring their first career wins. Ruti Aga ran 2:20:40, after three second-place finishes in her last three marathons. Helen Tola finished second, in 2:21:01, and Shure Demise was third, in 2:21:05.

In the men’s race, Men’s winner Birhanu Legese, also of Ethiopia, finished in 2:04:48, the fastest marathon time in the world so far this year and his first marathon win. Bedan Karoki of Kenya was second, running a personal best 2:06:48, and 2018 champion, the Kenyan Dickson Chumba, finished third, in 2:08:44, bringing to six the number of times he has podiumed in as many starts here.