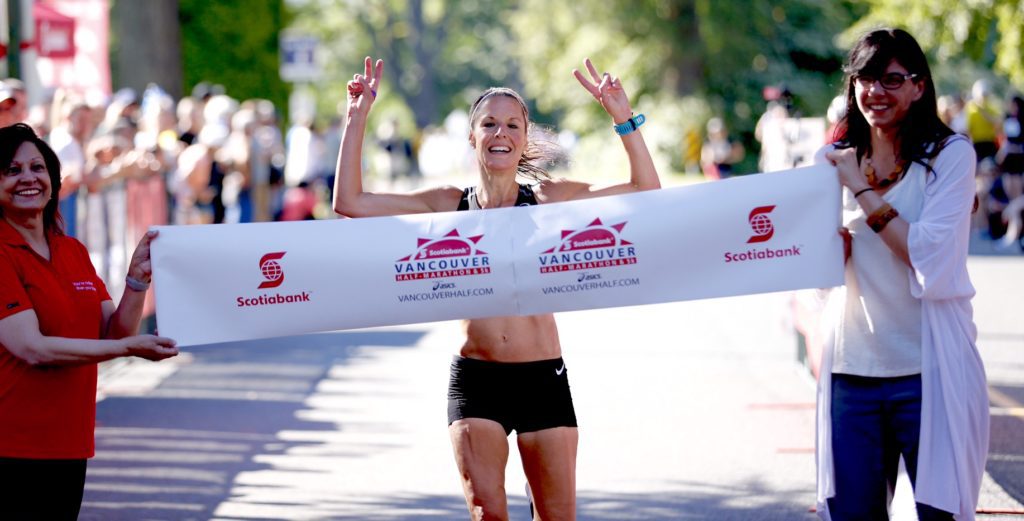 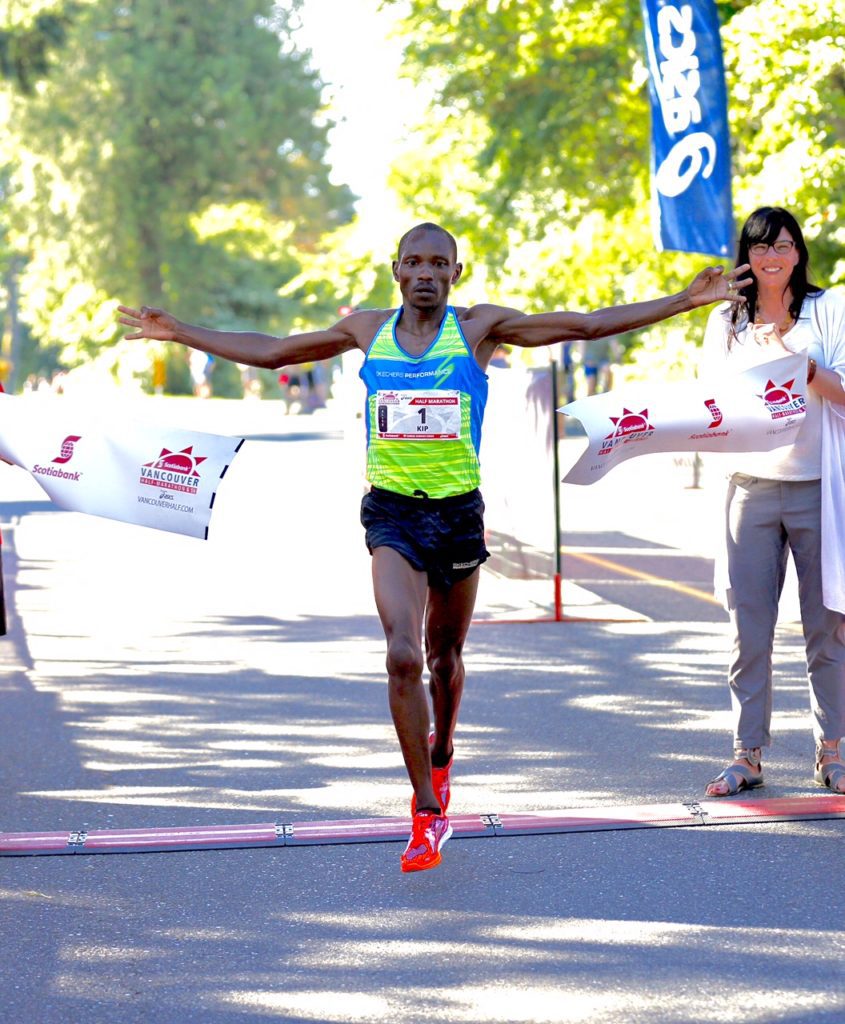 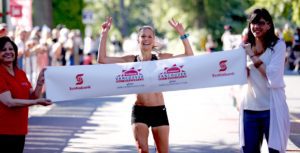 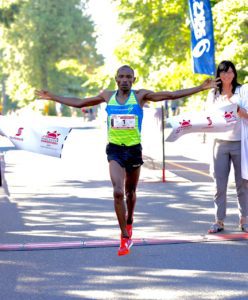 In a Canadian sweep, Kip Kangogo won the Scotiabank Vancouver Half-Marathon for the sixth time while Lyndsay Tessier got redemption after a runner-up finish in 2016.

Sunday’s race was the fourth installment in the Canada Running Series, a circuit of road races in Ontario, British Columbia and Quebec. Five of the six podium finishers on Sunday are Canadian.

Tessier, who trains out of Toronto, won by a minute over 2017 IAAF World Championship marathon team member Dayna Pidhoresky running 1:17 on the dot. Pidhoresky, who is one month removed from finishing as the top Canadian at the Ottawa Marathon, ran 1:18:10 on Sunday morning.

Tessier finished second at the Scotiabank Vancouver Half-Marathon in 2016 and has run as fast as 1:16:14 in 2017 winning the Mississauga Half. Courtney Olsen of Bellingham, Wash. was third in 1:20:47.

On the men’s side, it was a two-man race after the 6K mark as Kangogo, the winner of the 2017 BMO Vancouver Half-Marathon and 2017 Calgary Half-Marathon, and Wykes, a 2012 Olympian, pulled away from Thomas Toth. Kangogo broke away at the 18K mark to win in 1:05:35, 18 seconds ahead of Wykes, who is rounding back into form after battling illness in early 2016 and injury prior.

Kangogo came into the event as the defending champion and a five-time winner adding a sixth to his name. Toth, who will represent Canada at worlds in London this summer, finished third in 1:08:02.

According to CRS race director Alan Brookes, condition were approximately 18 C at the time of the half-marathon, which went off at 7:30 a.m. prior to the 5K. The start of the half is located at the University of British Columbia and finishes across from the Stanley Park Fish House. The 5K features a loop around Lost Lagoon.

The sold-out event featured 6,735 runners from nine provinces and 27 countries. For runners looking for a fast half-marathon, the Scotiabank Vancouver Half offers a net downhill course, most notably via Northwest Marine Drive down to Spanish Banks.