As expected, scorching temperatures hit Montreal, and other regions of Canada, on Sunday, which was race day for many. For those in the French province, watching the mercury climb was of particular concern given that the this weekend was a big one for the running community in Montreal where the Rock ‘n’ Roll race series hosts its 5K, 10K, marathon and half.

Those who trained to run the 42.2K got news last week though that the Rock ‘n’ Roll Montreal Marathon cancelled its 42.2K event in response to the wicked hot weather on the forecast. Marathoners were given the option of choosing another distance, registering for another of the company’s events or getting their entry fee refunded.

“Runner safety is our top priority. Due to unseasonably hot temperatures and after careful consultation with medical officials and local and City partners, we are making the decision to cancel the marathon distance,” a pre-race statement read in regards to the marathon cancellation.

According to Urgences Santé, as many as 20 people were transported to the medical tent with one runner being taken to hospital, as reported by CBC Montreal. Upwards of 900 runners were pulled from the course in either the 10K or 21.1K, the report adds.

Approximately 14,500 people participated in the half-marathon. In effort to ease the effects of the heat today, Montreal fire hydrants were opened allowing runners to run through cold water streams to get relief from the hot temperatures. Fire hydrants were accessible on city street right up to just before the finish line. The race also had cooling mist stations on course for runner use. Frequent water stops with volunteers offering water and Gatorade were also being taken advantage of particularly in the half-marathon.

A special weather statement was in effect for Montreal on Sunday morning with humidex values reaching between 36 and 39 C.

That was not great but I may have still made under two hours even with the walking! #RnRMontreal #RunAllYear pic.twitter.com/GsPL1v6SF4

Daniel Gekara won the men’s half-marathon in 1:07:56 while Dehinet Jara was the top woman in 1:17:43. In third for the men was Wendimu Adamu, who on Saturday morning won the Toronto Zoo Run. (Yes, the day before the half-marathon.)

The point-to-point half-marathon begins at Jacques-Cartier Bridge and ends at Parc La Fontaine. Thousands of runners on the course are taken on a tour that breezes past some of the city’s most iconic landmarks – La Ronde theme park, Montreal Biosphere, Old Montreal, Lachine Canal and Habitat 67 being a few significant examples. As the name suggests, musicians play at stages placed through the course as extra motivation. 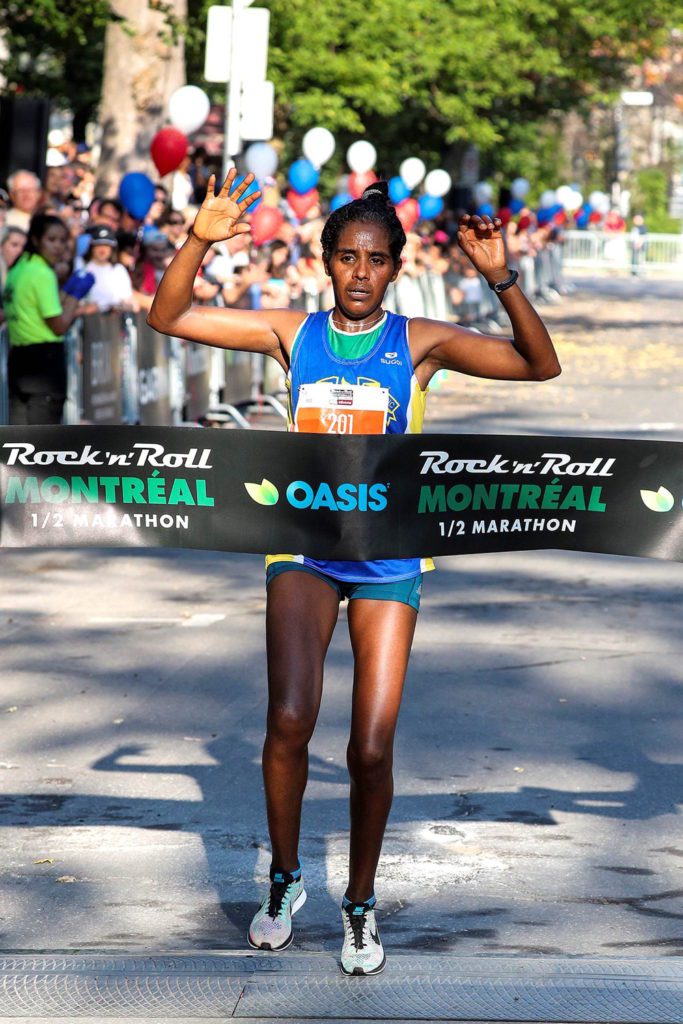 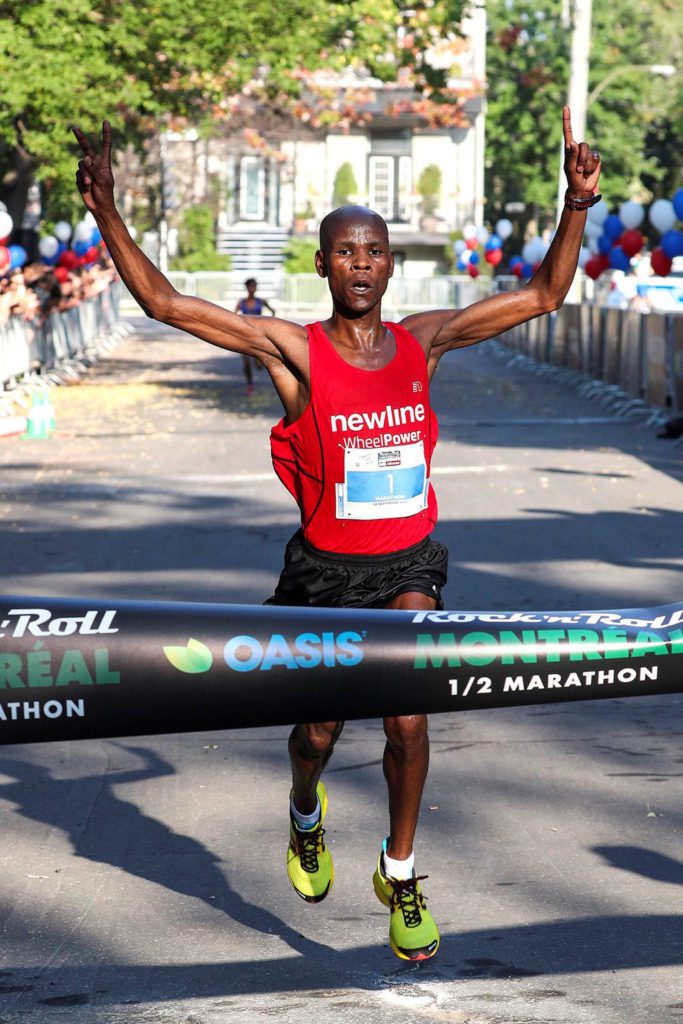 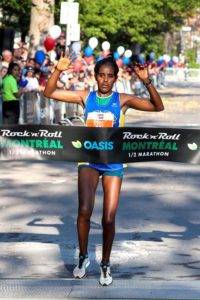 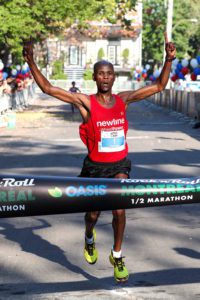 Event results can be found at Sportstats.