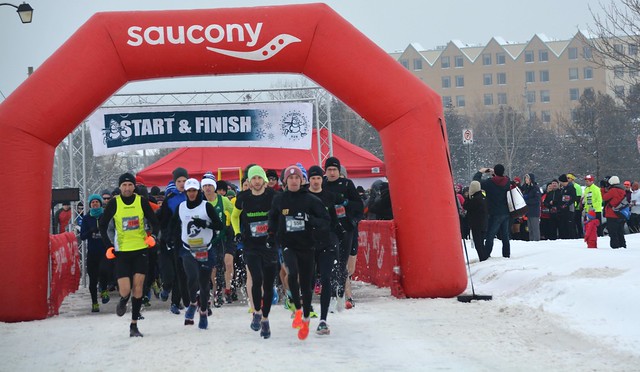 For the second year in a row, runners at the Re-Fridgee-Eighter battled tough weather conditions.

In 2017, significant snowfall covered the course. On Sunday, Waterloo, Ont. roads were once again snow-covered, at least in spots. Environment Canada issued a special weather statement for Sunday morning citing freezing rain and the chance of ice pellets. The statement went into effect shortly after the 10 a.m. local time start.

The Run Waterloo event, which features an 8K and 8-miler (12.8K), begins and finishes in RIM Park.

For 8 miles, Josh Bolton and Adam Hortian were well clear of the field going 1-2, more than six minutes ahead of the third place finisher. Bolton ran 41:28 as Tanis Bolton won the women’s 8 mile in 50:04 for a double-win for the married couple.