Usain Bolt, the 100m world record-holder and most decorated sprinter of all time, posted on Instagram on Monday to wish everyone a happy Easter and remind his followers that he was practicing social distancing long before it was necessary for ensuring the public’s health and safety. That’s right–Bolt’s caption was short and sweet: “Social Distancing #happyeaster.”

According to an analysis of Bolt’s running technique, his average stride length is 2.44m. This data was taken from the 100m final at the 2009 Berlin World Championships, a race he won in the current world record of 9.58s. By this metric, in any race Bolt won by a full stride, he was technically practicing social distancing.

Note: we know that Bolt wouldn’t have been practicing social distancing for the beginning of the race (he’s never the fastest off the line). But for argument’s sake, let’s take a look at all of the times Bolt won the shortest-contested race on the track by over two metres.

Another note: finishes on the track may be further apart than they appear.


“He’s going to win it by two metres.” This was a direct quote from the commentator.

In this race, Bolt’s training partner, Yohan Blake, was under two metres behind him, but he was four lanes away. So, while this wasn’t a win by over two metres, it was still technically far enough away to be considered safe in the age of coronavirus. 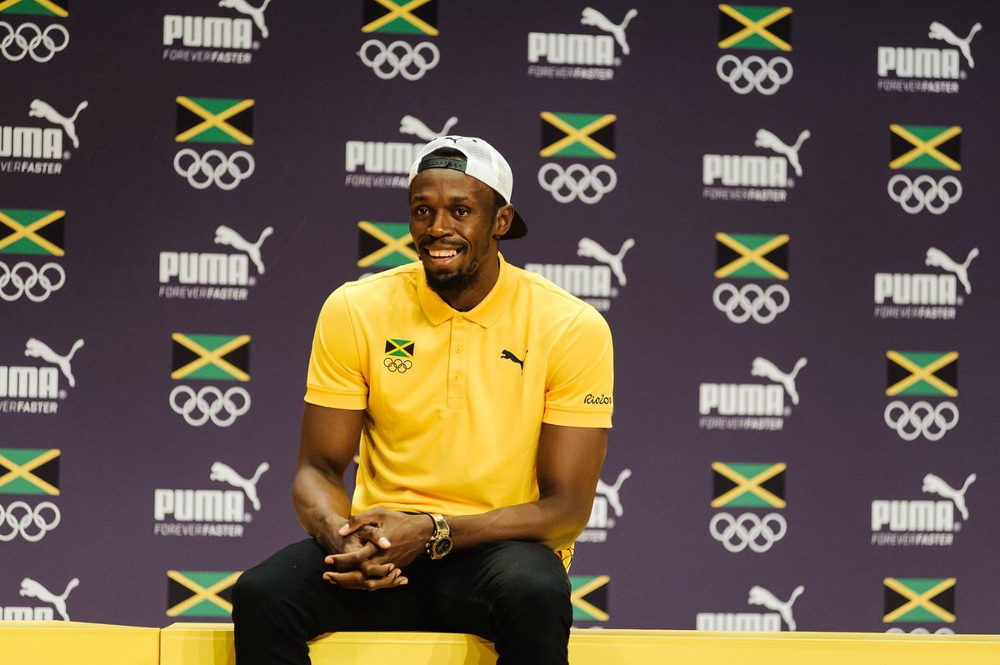 Bolt and his team of Nesta Carter, Michael Frater and Yohan Blake broke the 4x100m world record and won handily at the 2012 Olympics in London. Bolt might have won this race by three of four meters, due to his ever-impressive final 30 metres.


Bolt cruised to a victory at the 2009 Festival of Excellence in Toronto. While Bolt’s win was well within the two metre social distancing regulation, his post-race victory lap was not. The stadium was packed with fans and Bolt made his way around the entire venue to shake the hands of those who came to watch him run.

The 2008 Olympic victory and new world record might have been Bolt’s biggest margin of victory ever. He not only won by what appears to be nearly seven or eight metres, but he had time to do a little dance while crossing the finish line.