If you’re looking for a memorable race in 2017, you’ve come to the right place to start researching the options. We at Canadian Running have narrowed down the best that Canada has to offer with at least one event per week for each of the 52 weeks this year. (On occasion, we selected a second or third honourable mention as some must-do races fall on the same day.)

Note that all races included are held in Canada to take advantage of the many well-organized and memorable events that take place coast-to-coast. Got some to add? Comment below with your favourite race that you think should have been included.

“The world’s coldest and toughest ultra” includes a 100-miler, 200-miler, 300-miler and 430-miler for mountain bikers, cross-country skiers and runners.

Canada’s winter marathon will be held in the nation’s capital during the famous Winterlude festival.

@leslie.sexton with the win at today’s #chillyhalf in Burlington, Ont. In second, a ? pepper! (Kidding) #canadianrunning #burlington #londonrunner ?: Susan Fenton.

The calm before the (snow?) storm here at Around The Bay 30K #ATB30K Use #canadianrunning tomorrow and tag us in your photos!

The oldest road race on the continent, first run in 1894, three years before the Boston Marathon.

The largest 10K road race in Canada is a yearly highlight for runners looking to test their fitness on a beautiful course that weaves through downtown Vancouver and offers views of the ocean and mountains. 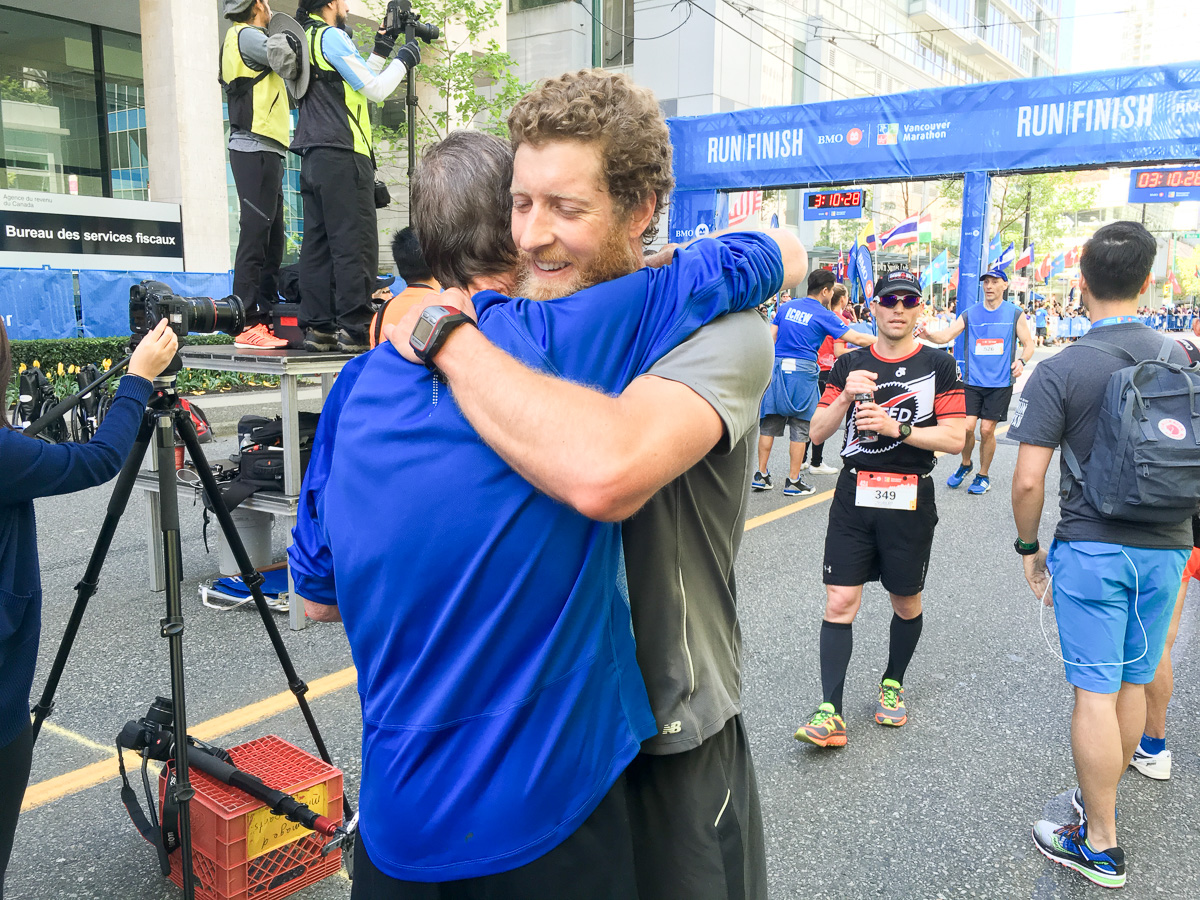 The notable New Brunswick race coincides with Mother’s Day and is a popular Boston Marathon qualifier. The event also serves as the provincial marathon championships so the event is guaranteed to be fast.

Ottawa Race Weekend earned Canadian Running‘s Golden Shoe Award for the best race of 2016. This year, the event will be as great as ever as it’s held in the nation’s capital before Canada Day on the year that the nation celebrates its 150th anniversary. Honourable mentions go to the Calgary Marathon and Cabot Trail Relay.

You’ll want to run the Whistler Half-Marathon after seeing these 22 photos.

Or find some friends and register for The Banff Jasper Relay which runs on June 3rd.

Not many races offer the opportunity to finish in a stadium that seats 33,000 people.

With more than 17,000 feet of elevation change, this 125K race in the Rockies is one of the toughest races in the country. There was also love in the air at the end of the 2016 Canadian Death Race.

Arguably Canada’s most popular trail race (it sold out eight months ahead of race day), this picturesque event takes place just north of Vancouver and is co-directed by Gary Robbins, who will run the 2017 Barkley Marathons. Honourable mention for this week goes to the Edmonton Marathon.

Each year, this race brings good times to the Maritimes with some awesome race bling, post-race party, gorgeous race settings and distances for all. Two honourable mentions: first, the Canada Army Run, which brings together Canadians and members of the nation’s armed forces, and second, the annual Terry Fox Run.

One of tough stops on Canada’s Rock ‘n’ Roll circuit, this Montreal event attracts more than 35,000 runners each year. Marathon finishers in 2017 will receive an added bonus: a newly-designed running jacket.

Canada’s top fall race is almost certainly the Toronto Waterfront Marathon. In 2016, Whitlock  ran a 3:56 marathon at this event and broke the previous age group world record by more than 30 minutes.

According to MarathonGuide.com, the Hamilton Marathon Road2Hope had the highest percentage of runners qualify for the Boston Marathon among Canadian races. More than 28 per cent of finishers under six hours qualified for Boston at the 2016 race.

You may see an Olympian (or two) at this fall favourite that takes place at the University of British Columbia.

Though seen as a race for faster runners, the various age groups and distances are open to those of all abilities. The national championships also include a community 5K race.

This is a quiet time of year for Canadian races so one option is to try a virtual race. Though Dec. 15 is National Cupcake Day, this race can be done at any point in December from any location.

Cap off the year with either a New Year’s Eve run or this popular Boxing Day event that happens annually in southern Ontario.

Editors’ note: Some of the race dates for the December events may change as it’s early in the year.