Over the weekend lots of collegiate runners took to the golf course or regional park to see who was the fastest over 6 to 10K. Because it’s early in the season, lots of runners are still racing under-distance, with many women running 6K and men running 8K (they will run 8K and 10K at November’s U Sports Championship). Canadian Running will be publishing a weekly round up of cross-country results that can also be found through our latest newsletter, The Watchlist. Here’s a look at this week’s national results.

The Acadia XC Invitational was the big east coast meet of the week. There, St. FX duked it out against Acadia, Memorial, Dalhousie and Moncton. On the women’s side, Jane Hergett of St. FX continued her stellar season (23:20), taking the win over Madalyn Higgins of Acadia by three seconds (23:23). Third place went to Paige Chisholm, also of St. FX in 23:28. 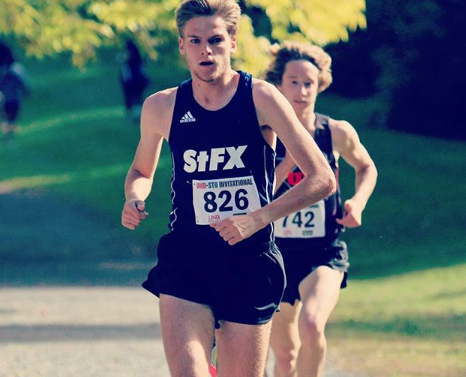 The men’s race was a similar story with the X men outrunning the Dalhousie tigers to a victory. Jacob Benoit of St. FX took the win in 26:42 and was followed by his Graydon Staples in 26:51. Third place went to Levi Moulton of Memorial in 26:54.

The Queen’s women ran their full squad on Saturday at the Paul Short Run in Lehigh, Pennsylvania. The team of Branna and Brogan MacDougall, Kara Blair, Makenna Fitzgerald and Marley Beckett won the NCAA race with 127 points.

Brogan is coming off of an extremely impressive 2018 cross-country season, where she remained undefeated through the collegiate calendar. In the fall of 2018 she became the OUA champion, U Sports champion, U Sports rookie of the year and U Sports athlete of the year. Of her fall cross-country races MacDougall said, “It has been a dream of a season.” She then went on to represent Canada at the World Cross-Country Championships in March.

The Guelph women also ran well, running most of their squad with Danielle Jossinet coming across first for 26th place. The second Guelph Gryphon across the line was Cameron Ormond in 31st. Ormond is a four-time OFSAA cross-country gold medallist who won the Bill Slater Western XC Invitiational two weeks ago. The team finished eighth overall.

Most of the western teams took the week off to log some miles before the second half of the season. While UBC, UVic, the Goldenbears and the Dinos were busy training this past weekend, you can catch them all in action on October 12.