Aravaipa Running’s Across The Years running festival started on Tuesday, and a few Canadians will be tackling the highly-anticipated race this year. The multi-day running event will continue until Jan. 7 and will see several athletes ring in the new year with the marathon, the 24-hour, 48-hour, 72-hour, six-day or 10-day event. 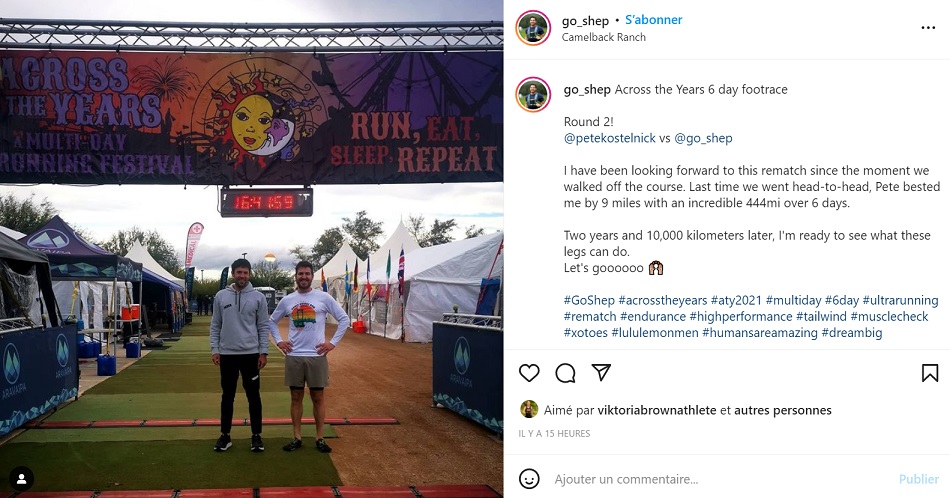 Canadian sweep at Across The Years multi-day race

There are fewer Canadians at ATY than in years past, but Matt Shepard from Valleyview, Alta., is returning for the second time, after completing 435 kilometres over six days for second place at the 2019 event. He will be going head-to-head once again with Kostelnick, who ran nine kilometres farther than Shepard two years ago, in hopes of besting his friend this time around. At the time of writing, Shepard had covered 35 kilometres in just over four hours, and Kostelnick was about five kilometres ahead of him. 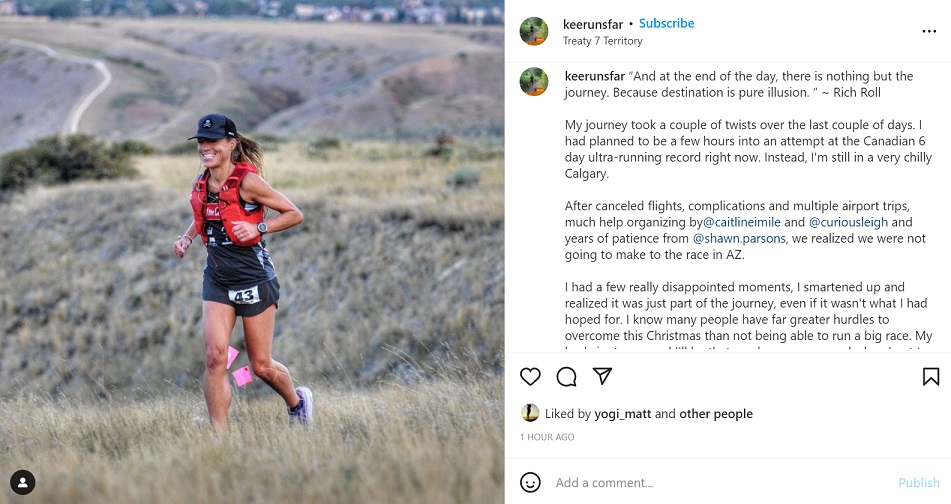 Unfortunately, Keeley Milne of Medicine Hat, Alta., was not able to make it to the start line because her flights to Arizona were canceled. She had planned on challenging for the Canadian 6-day record, but will have to wait for another opportunity to take a stab at the distance.