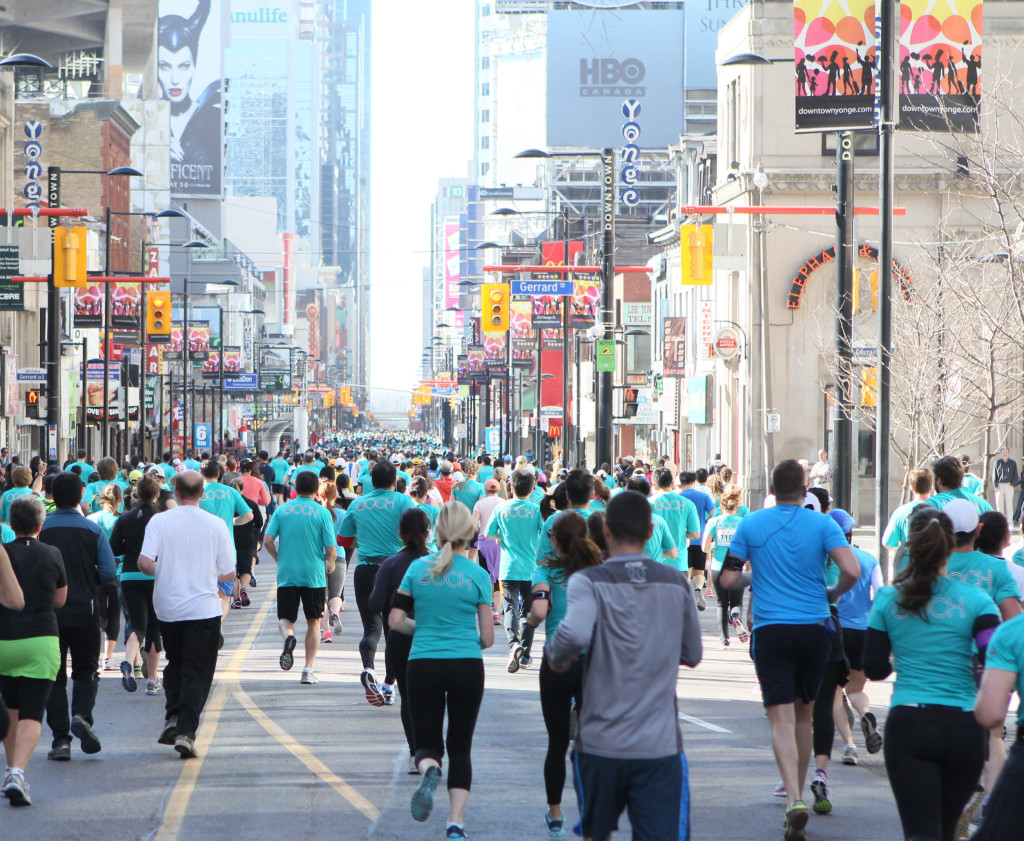 It was a beautiful, sunny Mother’s Day morning in Toronto today as more than 17,800 people finished the annual Sporting Life 10K in support of Camp Ooch. One of the fastest races in Canada, the Sporting Life 10K follows a mostly downhill course on Yonge Street, starting north of Eglinton Ave. and finishing in Coronation Park near the lakeshore.

Race announcer “Too Tall Tony” Fletcher entertained the crowd during a 13-minute delay in the proceedings, owing to some late road closures.

Tamara Jewett, who also won this race back in 2015, was the first female across the finish line today, in 33:04.8. Second was Madeleine Davidson, in 33:27.7, and Rachel Hannah of Guelph, Ont., one of Canada’s most talented runners, was third, in 33:53.9. Last year’s winner, Brittany Moran of Etobicoke, Ont., was fifth.

The race has raised an impressive $17 million for Camp Oochigeas, a camp for kids with cancer, over its lifetime.