Home > Runs & Races
Madeleine Kelly December 5, 2019
This weekend is the California International Marathon, an event that attracts many Canadians. Canada Running Series masters champion Allison Drynan is a 2:42 masters marathoner who’s running the race for the fifth time this Sunday. The CIM veteran has shared some of her key course insights for those racing.
RELATED: From trails to trials: how Anne-Marie Madden “qualified” for the US Olympic Marathon Trials 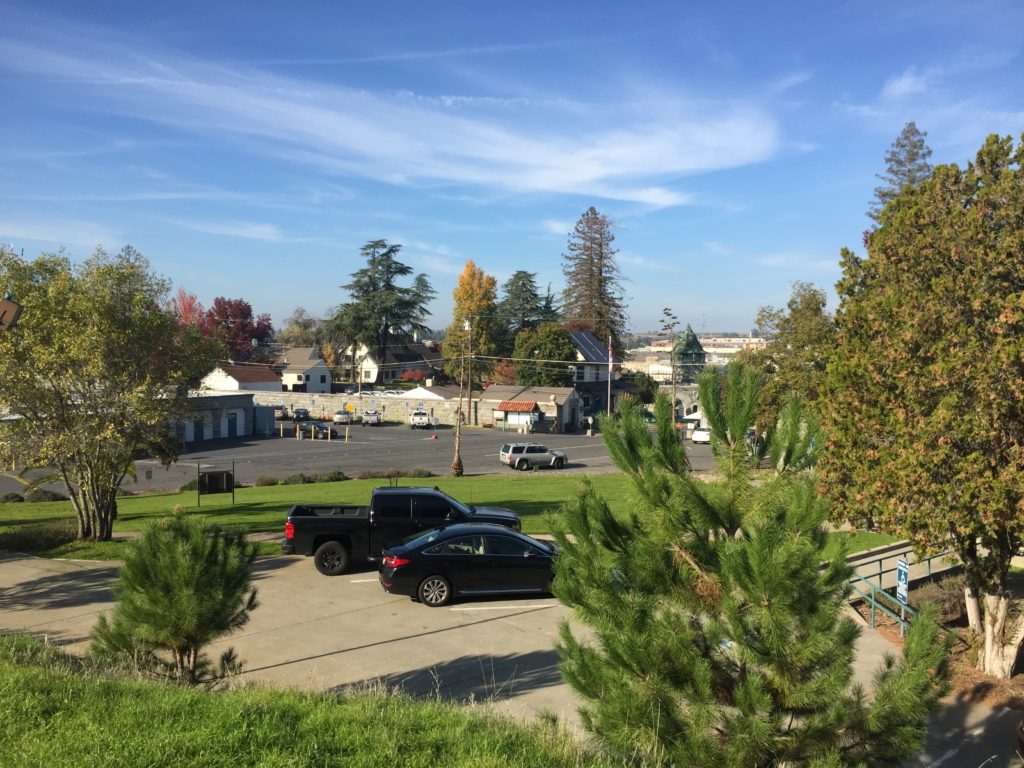 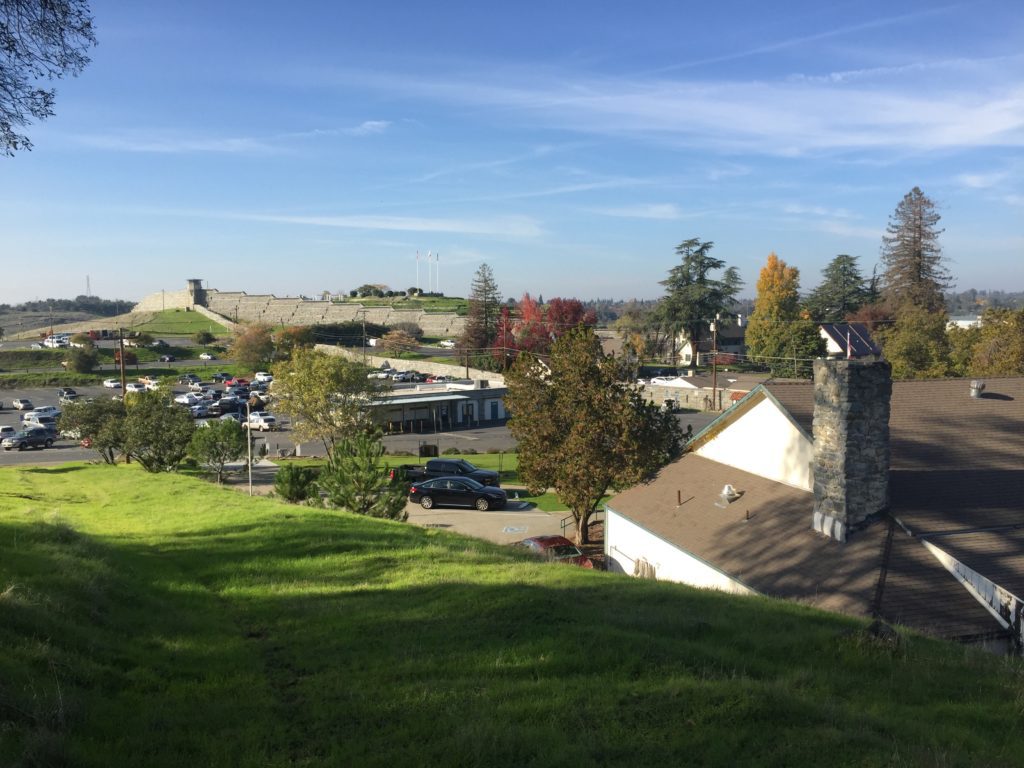 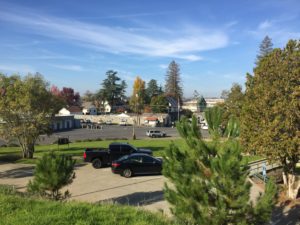 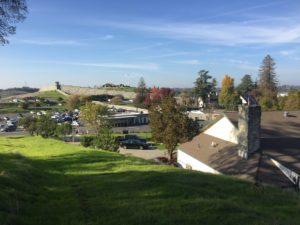 For all the Johnny Cash fans out there, this race begins just across the American River from the Folsom State Prison, which Cash sang about in Folsom Prison Blues. The prison was also the location of a live album recording in the 1960s.

Drynan explains that the first half of the course is rolling, but flattens out over the halfway mark. “This sets the stage for some definite personal best potential,” she says.

Last year, Emma Bates and Brogan Austin ran away with the wins in a stellar USA Championship field at CIM. Bates, of Boise, Id., led the race wire to wire to run an impressive time of 2:28:28. Not only was this her debut marathon, but it was the 8th fastest debut mark by an American woman and the fastest time by an American woman under 30 in 2018. This past October in Chicago Bates ran 2:25:27 to finish 4th overall and the top American in her only other attempt at the distance. Unlike Bates, Austin of Des Moines, Iowa, had to make a late surge the final 500m to overtake Matt Llano. Austin finished in a new blazing PB of 2:12:38, which came as a surprise to many since he was so new to the marathon. Prior to CIM, Austin had only run one marathon which had been at the Olympic Trials in 2016. At that race he finished 38th place in 2:24:38. This past May, Austin competed at the USA Half Marathon Championships in Pittsburg, PA, where he notched a 4th place finish. #road2cim #runcim #triviathursday #runningdownadream

At mile 20, Drynan says runners will literally hit a wall. “There’s a brick wall facade with 10K to go. This reminds you that the race is really getting underway.”

At mile 22 runners will pass under a bridge that’s decorated for the race. The banner will say 4.2 miles to go, but Drynan says she’s made the mistake before of reading this as 4.2K–very different distances. 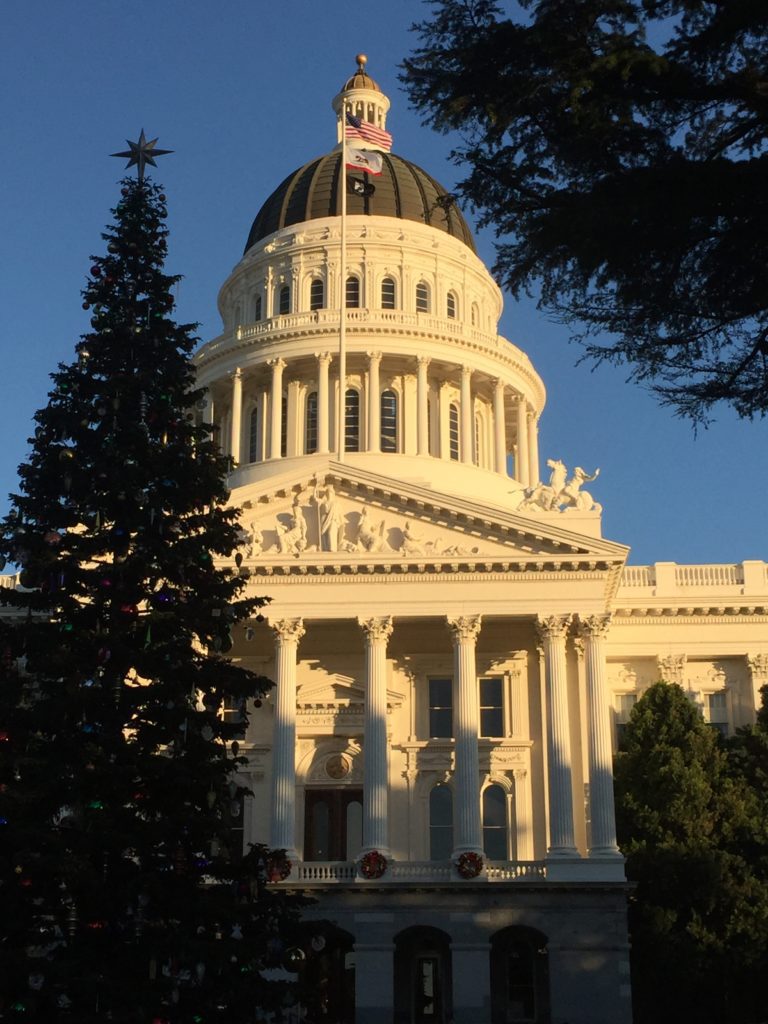 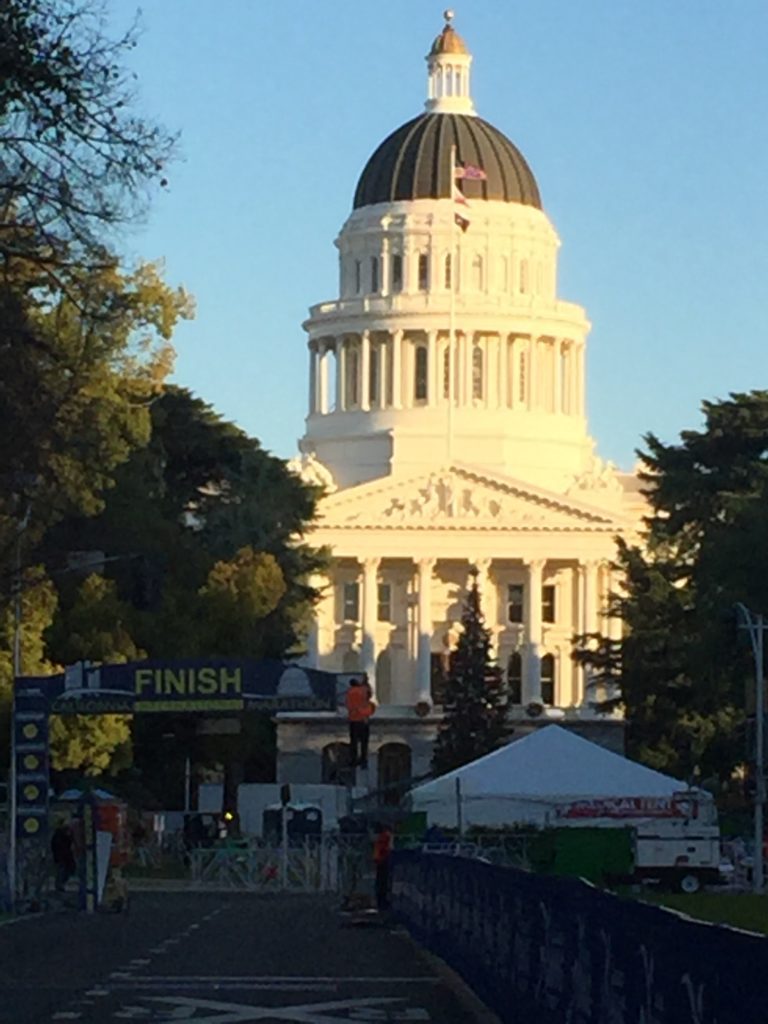 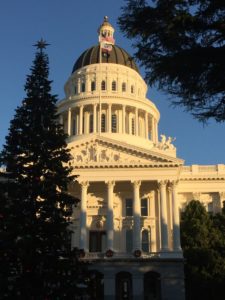 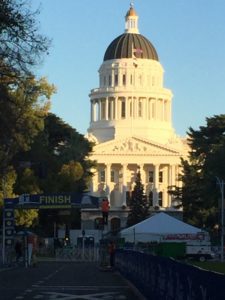 The race begins at a prison and ends at the California State Capitol building, which connects with the State Capitol Park.  It’s very picturesque and decorated for the holidays. The 42.2K between the two iconic locations is a net downhill course that takes you through lovely countryside and some quaint little towns (Orangevale, Fair Oaks and Carmichael) before you head into the Sacramento city centre.

Unlike most other marathons, there are two different finishing chutes, one for women and one for men. Drynan explains that both finish lines are the exact marathon distance, “And to my understanding, no athlete has had their choice of finishing chute contested.  For the lead females it’s great to not have to worry about a man breaking their tape or ruining their photo opp.”

CIM is one of the most popular Boston Qualifiers in the country, with those who’ve achieved their marks presented the opportunity to ring the BQ bell.

Drynan says that in her experience, the weather in early December is typically perfect. “It’s never been colder than two degrees or warmer than 12 in the years that I’ve raced.” This year’s weather forecast is calling for some rain, but pleasant temperatures and low wind.

Following the race, if you’re a wine drinker, you’re in one of the best places to celebrate. “Napa, Sonoma and Lodi are all fabulous wine regions within about an hour of Sacramento, so if you get tired of the many craft beers and diverse restaurants available in this university city, you can hit some vineyards after your race in the spirit of re-hydration.”